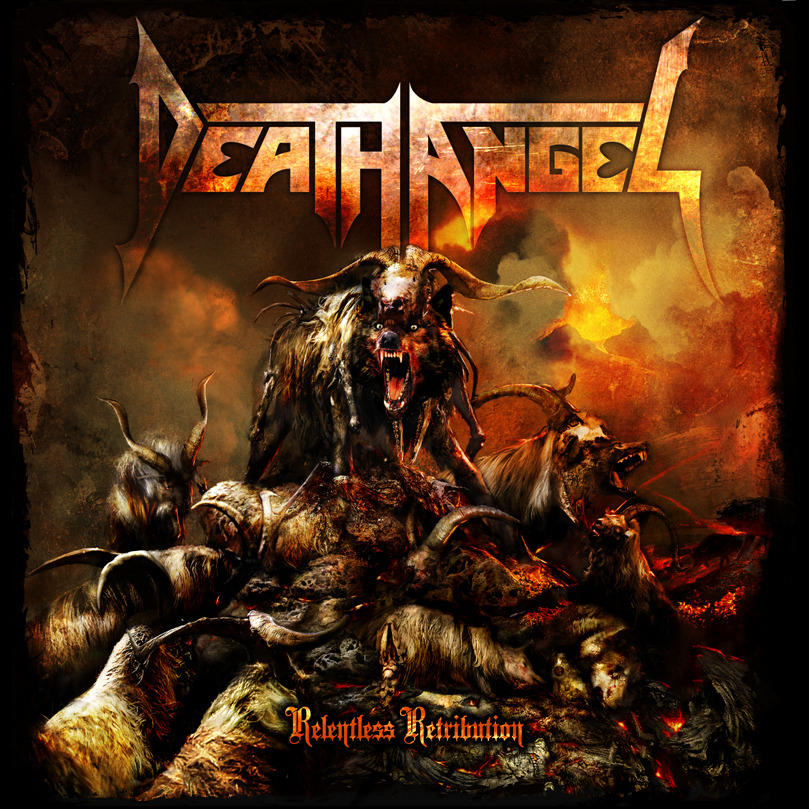 Among the youngest bands ever to storm the metal genre, Death Angel has come to be known as one of the most influential bands to emerge from the thriving Bay Area Thrash Metal Scene in the early 1980s, an era when one could catch Cliff Burton (Metallica) at the front of the stage at Ruthie’s Inn banging his head to Death Angel’s inventive style, and speedy, complex arrangements.

Demo
In 1986, a Death Angel demo produced by Kirk Hammett (Metallica) titled "Kill As One" sparked the interest of Enigma Records. Then, in 1987, Death Angel’s debut, "The Ultra Violence," was released. Drummer Andy Galeon was just 14 years old at the time. The album was a full-frontal assault on the ears, buzzing with the group’s youthful energy, and "The Ultra Violence" sold 40,000 copies in just four months. Another innovative recording, "Frolic Through the Park," followed, marking Death Angel’s evolution both lyrically and musically. "Bored," another track from the band’s second release, highlighted the cutting-edge band’s inventive dynamics, and won a spot on MTV’s "Headbanger’s Ball."

Awards
Geffen Records was impressed enough with Death Angel’s television premier to offer the band a deal, and Death Angel became the first band of their breed to appear on the major label’s roster. At Geffen, the band released what is widely regarded as one of the most original and accomplished thrash metal albums ever recorded, "Act III." The record pushed the limits of the genre to create something truly unique, a definitive work that is essential to any metal fan’s music collection. Death Angel’s masterful songwriting ability was once again on display nationwide in 1990, as the videos for "Seemingly Endless Time’ and ‘Room With A View’ saw heavy rotation on MTV.

Death Angel’s world tour between 1986 and 1990 included two sold-out tours of Japan. in fact, nearly every date on the Act III World Tour, which included storied venues such as The Warfield Theater in San Francisco, The Ritz in New York, and England’s Hammersmith Odeon, were sold out to capacity, a remarkable achievement for any band, but particularly stunning for such a young group, not to mention one comprised of cousins.

Death Angel’s trajectory to fame was tragically cut short in 1990, when the band’s tour bus crashed in the Arizona desert. Drummer Andy Galeon was critically injured, and would need more than a year to recover. During this downtime, vocalist Mark Osegueda left the band and moved to New York to pursue a life outside of music. The remaining members went on to form The Organization, and released two full-length albums under that name. The "O," as they came to be known, toured extensively throughout the United States and Europe, including two appearances at Holland’s famed Dynamo Open Air Festival, a support slot on Rob Halford’s "Fight" tour, and as the main support for the Motorhead tour in Europe. After the "O" disbanded in 1995, the band members went on to pursue other musical projects, including "The Past," (Rob, Andy, Dennis, Gus), Big Shrimp (Dennis, Andy), Smokestack (Rob, Andy), Silver Circus (Mark), and Swarm (Rob, Andy, Mark). The latter incarnation toured the United States for three months in 2001, supporting Jerry Cantrell (Alice in Chains).

Band New
Death Angel resurfaced in 2001 to perform at a cancer benefit for frontman Chuck Billy (Testament) called "Thrash of the Titans." The response was so great that many offers came quickly in 2002, beginning with a "secret" gig in San Francisco, and sold it out under the psuedo name, "Kill As One."

The show was a warm up for 2 dates in Holland including the famed Dynamo Open Air Festival and a pre-event show at the Efenaar club in Eindhoven which sold out before the band even arrived in Europe.

Bio
The next year saw DA supporting Metallica at the Fillmore in San Francisco as well as supporting Anthrax and Halford in the US. What began as a gathering of positive vibes for a friend turned into a full time mission to continue a journey that began so long ago… In 2004 Death Angel released their long awaited fourth studio disc, "The Art of Dying" on Nuclear Blast. A natural progression from "Act III", the new album delivered straight Thrash Metal with diverse musicality to rave reviews worldwide. Brutal thrasher "Thrown to the Wolves", the melodic doom of "The Devil Incarnate" and the speed rock of "Thicker than Blood" proved to fans that they didn’t miss a beat. The disc concludes with the acoustic / rock tune "Word to the Wise", their overcome all obstacles approach still intact. The band hit the road to support T.A.O.D., embarking on an extensive tour with festival appearances in Germany, Belgium, Italy, Finland, Mexico and Japan. The group found themselves sharing the bill with many of their early influences from UFO to Alice in Chains, The Exploited to Guns n Roses!

In autumn of 2007 the band entered the studio with producer extraordinaire, Nick Raskulinecz (Foo Fighters, Rush, Alice In Chains, Deftones, Shadows Fall) and "Killing Season" was released in February of 2008. The opportunity of being invited by Dave Grohl to record their fifth studio album at Studio 606 in Southern California was one not to pass up. The result was a rock solid album which stands alongside "Act III" as the best work Death Angel has recorded.

A rigorous touring schedule followed and the boys spent the next 2 years mostly on the road in support of "Killing Season" which included their first full blown U.S. Tour since 1990, their debut tour of Australia and countless open air festivals all across Europe.

In spring of 2009, "Sonic German Beatdown" was released. The band’s first ever official live concert DVD features a searing performance at the "Rock Hard Open Air" Festival from the "Art of Dying" tour as well as a headline club show set from the "Killing Season" tour, giving the fans 2 shows for the price of one. Also available in limited edition as a stand-alone audio cd of the Rock Hard Festival set, the first live album released by the band since the infamous "Fall From Grace".

2010 has proven to be a busy year to say the least. The madmen entered AudioHammer Recording Studios by the end of February to begin tracking the new album.

Recording out of California for the first time, they found themselves in Sanford, Florida laying down the sound with Producer Jason Suecof who Co-Produced the album with Rob. 3 weeks later the band was in Europe on tour. By mid April, Mark and Rob were back in Florida to finish the recording. 4 weeks later the band was back on tour in Europe with a new album ready to be mixed.

By the time DA hit the road in the US supporting Soilwork in July, they had a new album completed. Mixed by Jason Suecof and Mastered at Sterling Sound in New York by Ted Jensen, the beast was ready to be unleashed! The US Tour wrapped up on the East Coast in August and the new album "Relentless Retribution" was released worldwide to stellar reviews and impressive chart positions in September.

Death Angel is scheduled to headline their first ever tour of South America in October – November then head on over to Europe to join Kreator, Exodus and Suicidal Angels for Thrashfest 2010 which runs for 4 weeks to the end of December.

Death Angel 20102011 kicks off with 70,000 Tons Of Metal – A cruise ship with a voyage from Florida to Mexico and back over 4 days with over 40 bands including Testament, Exodus, DA and Forbidden who have never played together on one bill! Directly following the cruise the "North American Retribution Tour" begins with DA doing their first full on headline tour of the states since the "ACT III Tour" in 1990. More to come… 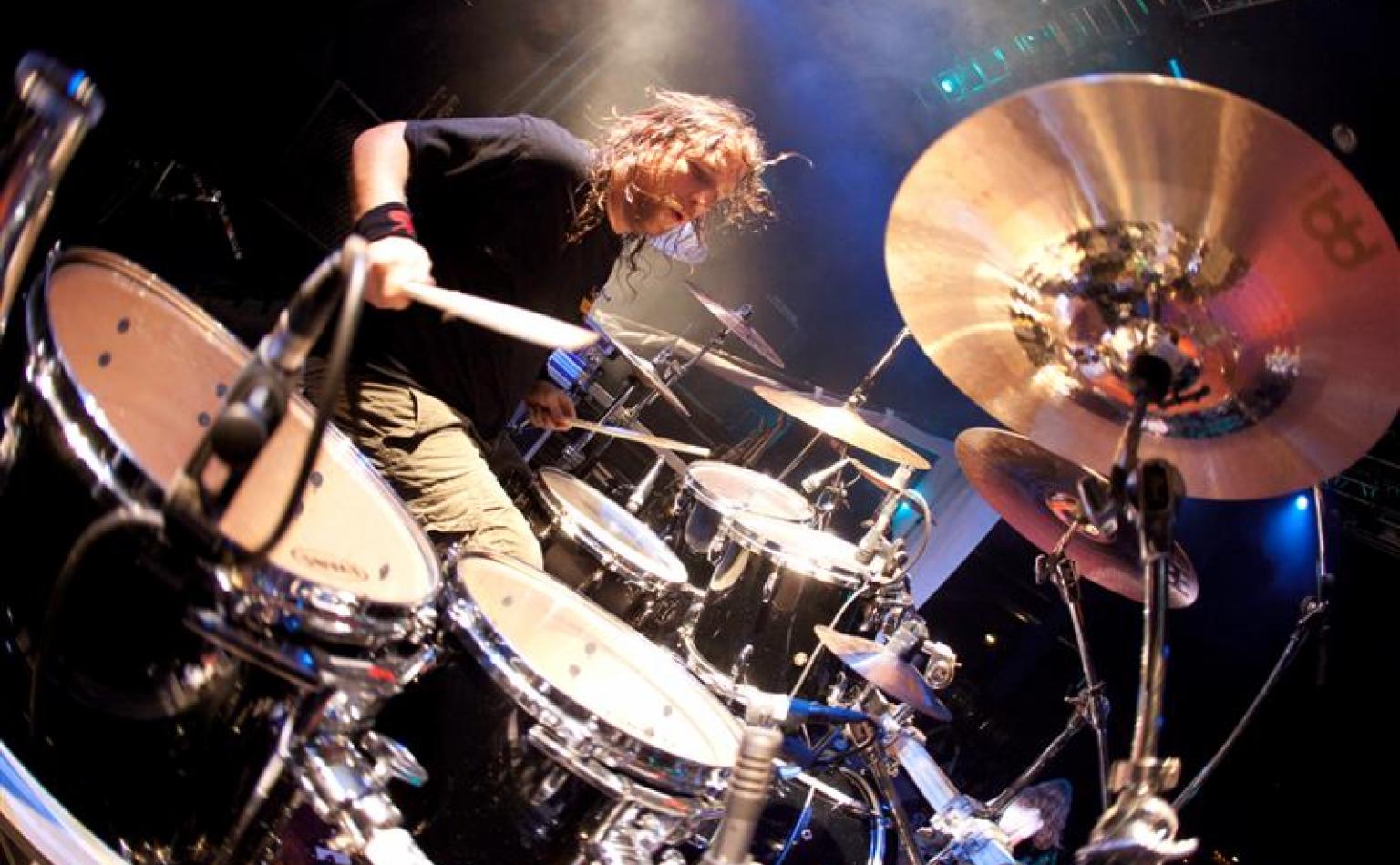