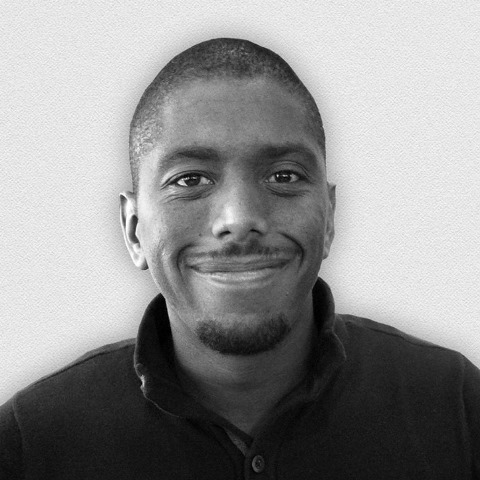 John Lluvera, an educator, performer, and clinician, began his knowledge of percussion in St. Petersburg, Fl. His middle school career at Bay Point Middle School commenced the beginning of his marching and orchestral percussion education. Led by Band Director Mr. Everard Harris, John Lluvera was introduced to show style drumming and marching band performance. In addition to his fundamental training, John Lluvera also became a charter member of the Mt. Zion Progressive Missionary Baptist Church Drumline and attended the Florida A&M Marching 100 Summer Band Camp where he was awarded with the Department of Music’s Best Over All Section Award.

In his high school years 2001 to 2005, John Lluvera attended Boca Ciega High School. In his tenure with the with the world renown Mr. Frank T. Williams III, John Lluvera’s passion for music met an immeasurable amount of opportunity. Under Mr. Williams’s guidance, John Lluvera participated in Jazz Band(vibes), Jazz Combo(vibes), Percussion Ensemble, Wind Ensemble, and the Fighting Pirates Marching Band holding the Percussion Section leader position for four years. John Lluvera also seaked out additional performance opportunities and played with the Pinellas County’s All-County Wind Ensemble and performed multiple solos at the Florida Bandmasters Association Solo & Ensemble Festival. In 2003 John Lluvera became a member and toured with the Magic of Orlando Drum and Bugle Corps. Under the direction of Colin McNutt and Ian Moyer John Lluvera had the rare opportunity to be apart of both the front ensemble and drumline allowing him to expand his knowledge base in the marching arts and orchestral percussion idioms. His hard work and dedication paid off because he received the 2003 Aveids Zildjian most outstanding cymbal player of the year award. The following spring of 2004, John Lluvera performed with the USF Indoor Percussion Theater. Through the guidance of Ron Lambert, John Lluvera played snare drum and the ensemble placed third in their class at the Miami WGI Regional. With a passion of learning, John Lluvera traveled to Madison, Wisconsin to march bass drum with Madison Scouts Drum and Bugle Corps in 2005 after graduating from Boca Ciega High School. John Lluvera received world class instruction from Colin McNutt, Ian Moyer, and Lee Beddis. Another pay was in stored because the drum corps placed third in the percussion caption at the Drum Corps International’s World Finals held in Providence, Rhode Island at the Gillette Stadium.

In the fall of 2005, John Lluvera continued his education and began attending the University of South Florida, where he was able to work one on one with the world renown percussionist, Mr. Robert McCormick. John Lluvera also participated in multiple ensembles at the University including Percussion Ensemble, Wind Ensemble, and The University of South Florida Herd of Thunder Marching Band. John Lluvera used his education from performing in various ensembles and began expanding his teaching and percussion arranging in and around Tampa Bay area. In the summer of 2006, he continued to participate in DCI and marched tenors at the Teal Sound Drum and Bugle Corps. Under the direction of Jeff Willis, he was appointed as the tenor tech midway through the touring season and earned his first DCI teaching experience. John Lluvera ended his drum corps experience with Teal Sound Drum and Bugle Corps in 2007 where he served as the center snare and percussion section leader.

The years proceeding his DCI experience, John Lluvera has performed at the PAS Florida Day of Percussion, McCormick’s Magic Marimba Festival, Saint Petersburg College Percussion Ensemble, Saint Petersburg Wind Ensemble, St. Petersburg Opera Company, where he has served as a principle percussionist, and the Plant City Community Choir Orchestra. He has provided group lessons for the youth at Ruth Eckerd Hall Center for the Performing Arts, Private percussion lessons, and has been a percussion consultant for the Spokane Thunder Drum and Bugle Corps. John Lluvera became an established percussion educator. He has served as an instructor at various schools in Pinellas, Pasco, Bradenton, and Orange County Public Schools. In the spring of 2010 John Lluvera began his adjudication career by serving as a judge in the annual Atalanta Chop Central Drumline Competition.

Currently, John Lluvera is completing a percussion work book series (The Grid Book Series) and developing a new source for experiencing percussion media on the Internet (PercussionVids.com). He continues to be a percussion educator year around with J.W. Mitchell and Lakewood Ranch High Schools and is growing a broad private lessons studio via Skype.