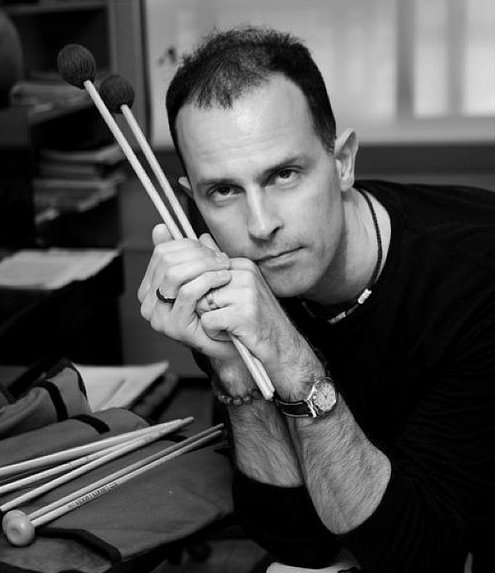 Mr. Kelly has received his formal training with Ronald Gould, Principal Percussionist of the New York City Ballet Orchestra. He received his Bachelor of Music from The Hartt School of Music while studying with Alexander Lepak, and holds a Master of Arts from New York University while studying with Jonathan Haas. Mr. Kelly has also served as Percussion faculty at New York University.

~ Mr. Kelly was an invited and featured Artist for the Opening Ceremony of the III Delphic World Games of 2009 held in Jeju Island.

~ Toured the United States, Canada, Europe, Japan and Korea. His Broadway and Off Broadway credits include: 'Les Miserables', 'Ain t Misbehavin', 'Infertility...the Musical That's Hard to Conceive', Duke Ellington 'Song Book', 'Fame', and 'A Good Swift Kick', and many others.

~ He has World Premiered the Vibraphone Concerto by Ha Young mi Follow Those Stars . Chamber works: Re-Collections written by Harold Farberman, commissioned for the Centennial celebration of the Jewish Heritage and Culture Society of New York. And 'The Charm' as timpani soloist and Associate Producer, written by Michael Udow.

~ From 2008 - 2013, Mr. Kelly has lived and worked in South Korea, with an Assistant Professor position at the prestigious Keimyung University in the Metropolitan City of Daegu, as Head of Percussion and Drumming Studies, and Director of Ensembles for the Music Production Department. And as Professor of Percussion & Chamber Ensembles within the Orchestral Studies Department - at Sangmyung University in central Seoul.

~ In addition to his loyalty and diligence as an educator and mentor, he maintained a busy freelance and artistic schedule - freelancing with various Brazilian Jazz ensembles, Jazz trios and quartets. The All Ways Surprising Ensemble , 'ChiKo'. As well, the likes of the Seoul Philharmonic Orchestra, Daejeon Philharmonic Orchestra, Cheonan City Symphony Orchestra, Arco Diabolo Chamber Orchestra (to which he has recently been appointed as Principal timpani/percussion), Tajeon Broadcast Symphony, Jordi Savall & le Concert des Nations, and The International Contemporary Music Festival.

Rob C Kelly is now settled back in the United States, living and working in the Greater Nashville area.