Matthew Howard is the current Principal Percussionist with the LA Philharmonic. Matthew is a Los Angeles native who graduated with his Masters in Music at the New England Conservatory studying with Will Hudgins of the Boston Symphony Orchestra. He has also received his Bachelor of Music at the University of Southern California studying under Joseph Pereira and Jim Babor of the Los Angeles Philharmonic and has performed with such groups as the Los Angeles Philharmonic, San Francisco Symphony, Kansas City Symphony, New World Symphony, Santa Barbara Symphony, and Boston Ballet. He also has been a fellow at the National Repertory Orchestra, Verbier Festival Orchestra, and Tanglewood Music Center Orchestra.

He began playing drumset at the age of 15 and would play in the high school jazz band. By 18, he found himself enthralled with the world of percussion and started studying with a local percussionist, John Magnussen. While studying with John, he also studied with recording legend, Emil Richards, on jazz vibraphone and Jerry Steinholtz on hand percussion, and Judy Chilnick on timpani. After a year of community college, he transferred to the University of Southern California percussion department studying with Erik Forrester.

After receiving his Master’s Degree, he won a fellowship with the New World Symphony in Miami, Fl, under the baton of Michael Tilson Thomas. He was only with that orchestra for one year before winning his dream job in his hometown, with the LA Philharmonic, under the baton of Gustavo Dudamel. During his time in the orchestra, he has performed on-stage at the Oscars, played on the soundtrack for West Side Story, performed the Star-Spangled Banner for Vin Scully’s last home game at Dodger Stadium under the baton of John Williams, played and collaborated with artists such as Snarky Puppy, Katy Perry, Chris Martin, Herbie Hancock, Alex Acuna, Vinnie Colaiuta, Chic and Nile Rodgers, The Go- Go’s, and Kobe Bryant. 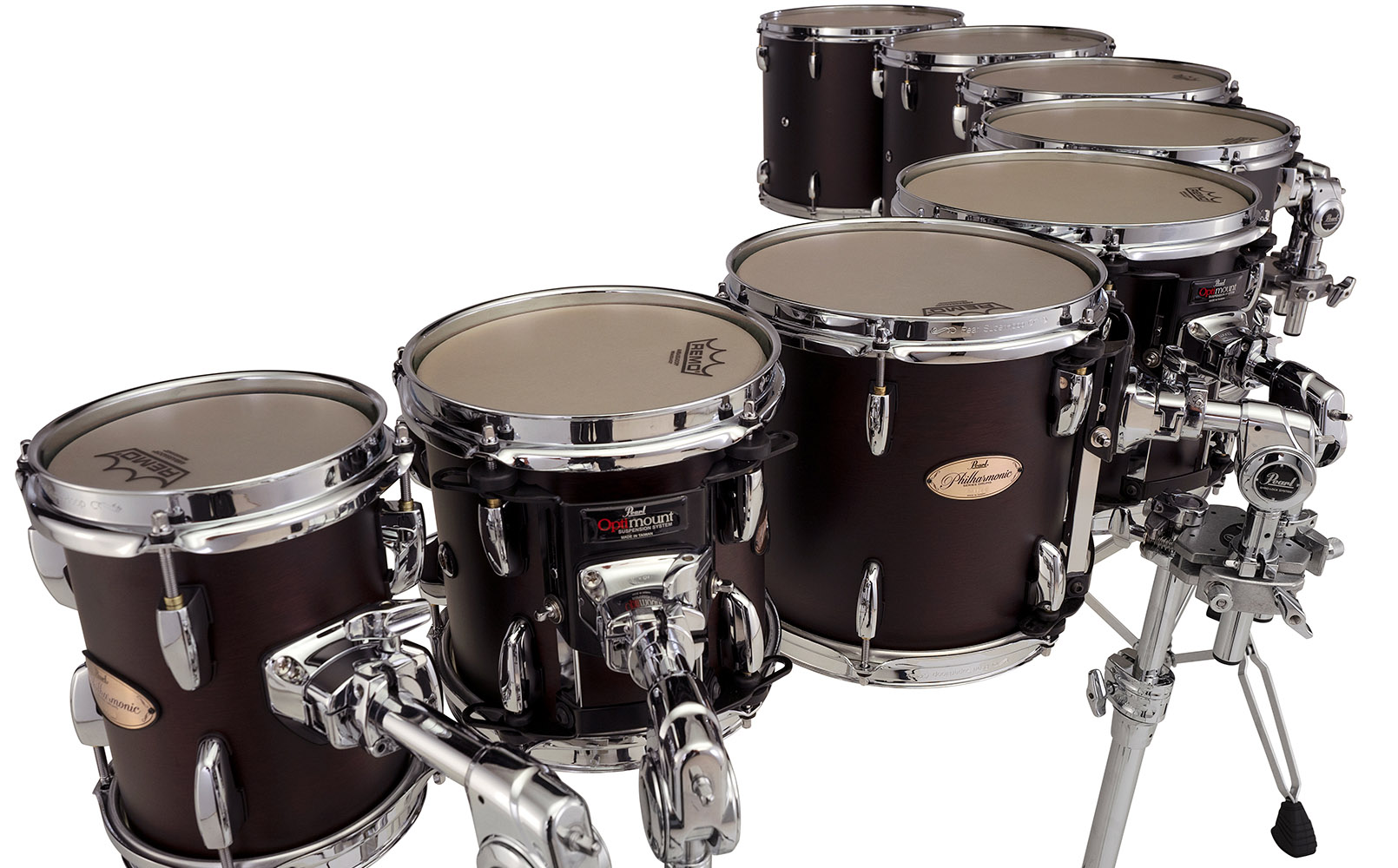 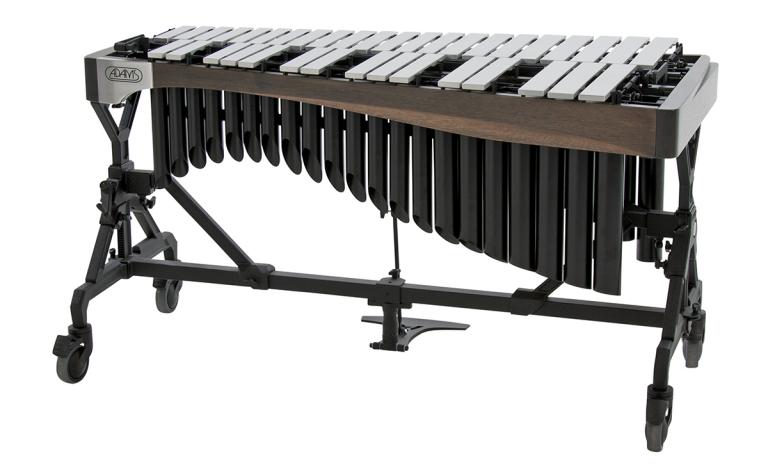 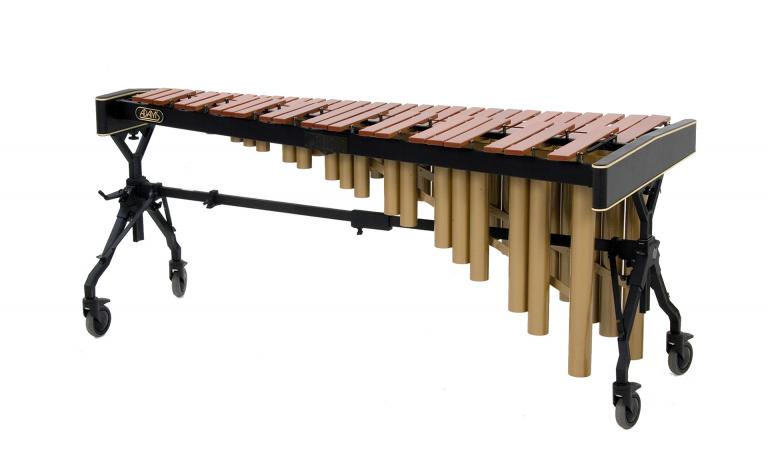 Adams Concert Series Marimbas feature the perfect combination of quality and affordability. Borrowing the same craftsmanship and Alpha Tuning method from the Artist series, graduated bars are available in Honduras Rosewood, Padouk, and Synthetic Zelon. Available on the Voyager Frame and Endurance Field Frame, there is a Concert Series Marimba for the requirements of professionals, universities, schools, and outdoor ensembles. All Adams bars are meticulously precision tuned though Adams' proprietary computer-assisted method that ensures the instrument’s sound is balanced perfectly throughout the entire range. Padouk is a natural material with a similar tonal response to rosewood, with a slightly shorter sustain. With its lower cost, Padouk is the ideal bar choice for personal practice instruments or an ensemble. Field-tested by today’s top drum and bugle corps, Adams' specially designed Synthetic Zelon bars offer the highest quality tone and projection available, while withstanding the heat of even the most forbidding outdoor performances. Zelon has a bright timbral response that maximizes projection and sustain to fill even the largest of spaces. 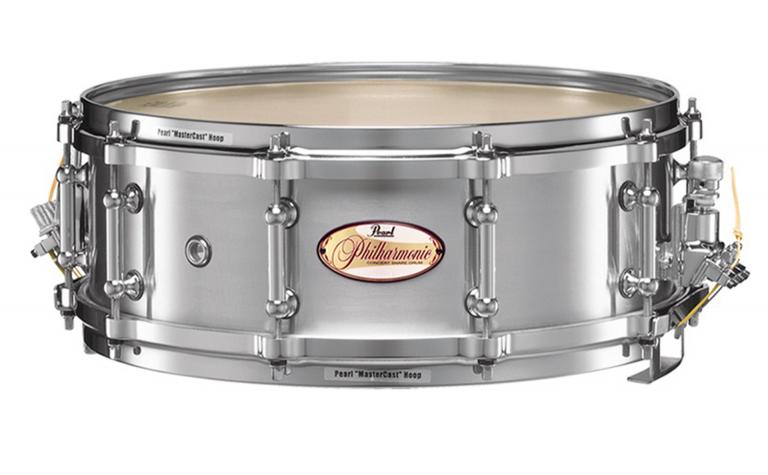 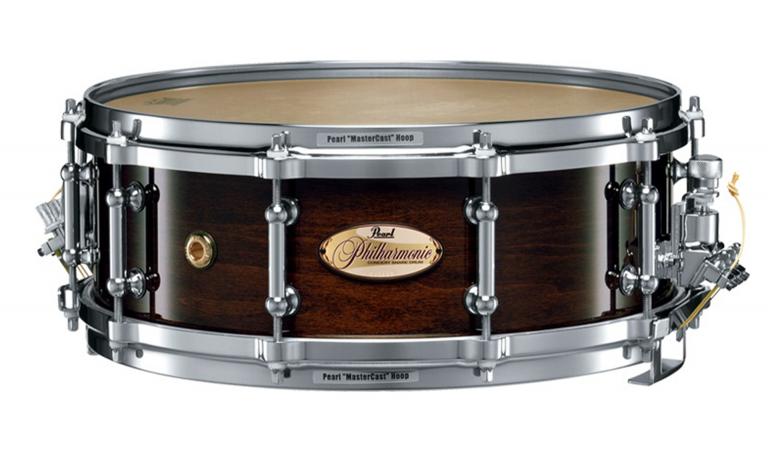 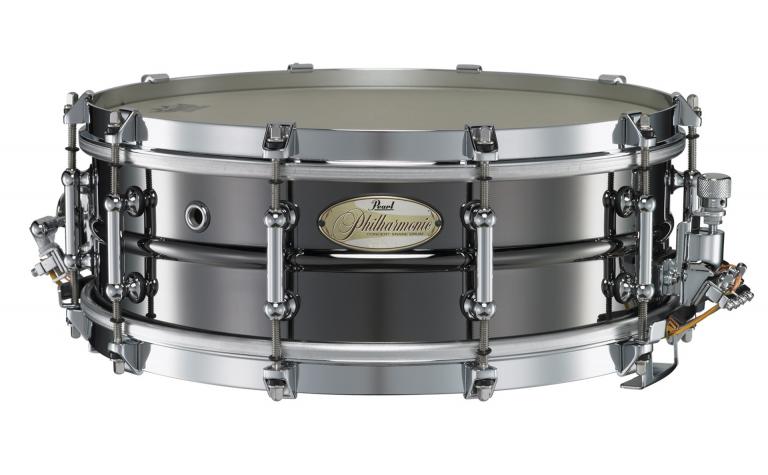 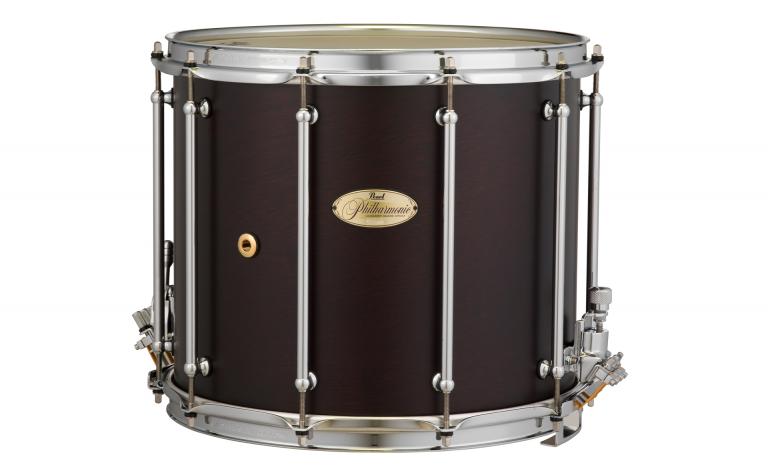 Philharmonic PHX African Mahogany concert snare drum features a unique shell design and the world-renowned SR500 Triad Strainer Systems. PHX drums are used for a wide range of playing styles and are available in 14” x 5”, 14” x 6.5”, 14” x 12”, 15” x 8”, and 16” x 16” sizes. PHX brings a Classic and Iconic American Sound to the Philharmonic Series and is as equally beautiful to look at as they are to play. PHX Philharmonic snare drums feature a 4-ply African Mahogany shell with 4-ply Maple reinforcement rings, producing an incredibly full tonality with a natural low-frequency response that is ideal for concert applications. Both the 1580 and new 1616 models feature 6-ply Natural Maple hoops and 8 chrome Slim-Line Aluminum tube lugs with insulated low profile chrome claw hooks, as well as a special snare combination of Synthetic Gut and Heavy Coated Cables for a dark and full sound reminiscent of rope and field drums. The 1450 and 1465 models include standard Philharmonic features such as Die-Cast hoops, 10 ClassicTube lugs with stainless steel tension rods, and Vintage cut snare beds while the 14" x 12" Concert Field Drum utilizes the responsive and flexible SuperHoop II rims for maximum dynamic range. The SR500 strainer system is outfitted on these models with a combination of coated cable, Synthetic gut, stainless steel, and light cable snare materials for a whisper-soft response, and a warm projecting tone that will be heard in the largest venues. All PHX snare drums feature fully rounded bearing edges on both top and bottom for a fundamentally focused response and easy tuning with a variety of head styles. PHX Philharmonic African Mahogany drums are finished in a classy #210 Matte Walnut finish and backed by Pearl’s industry-leading Lifetime Warranty. 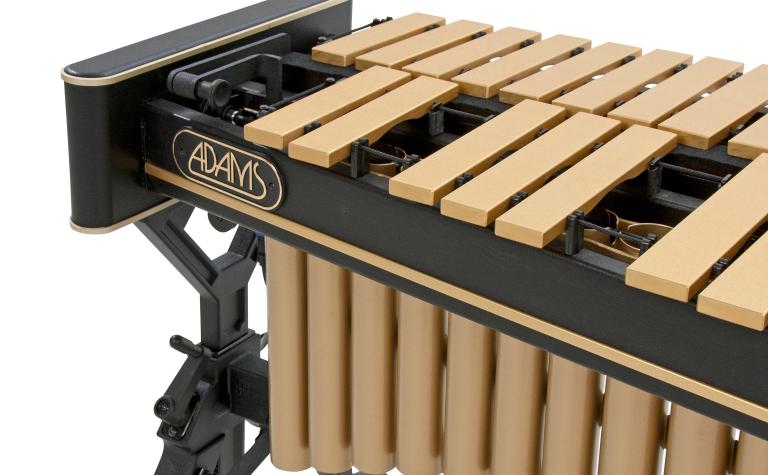 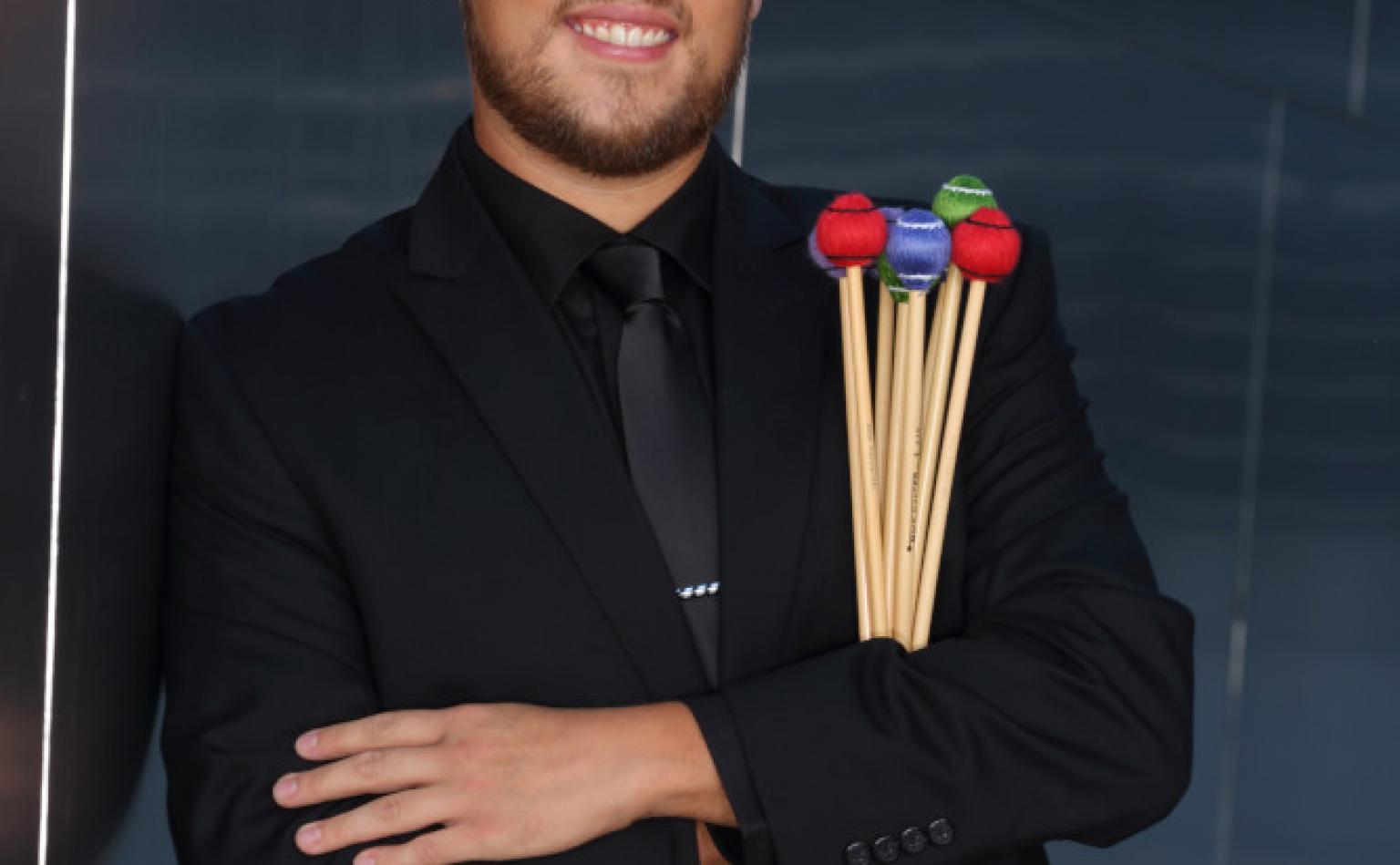 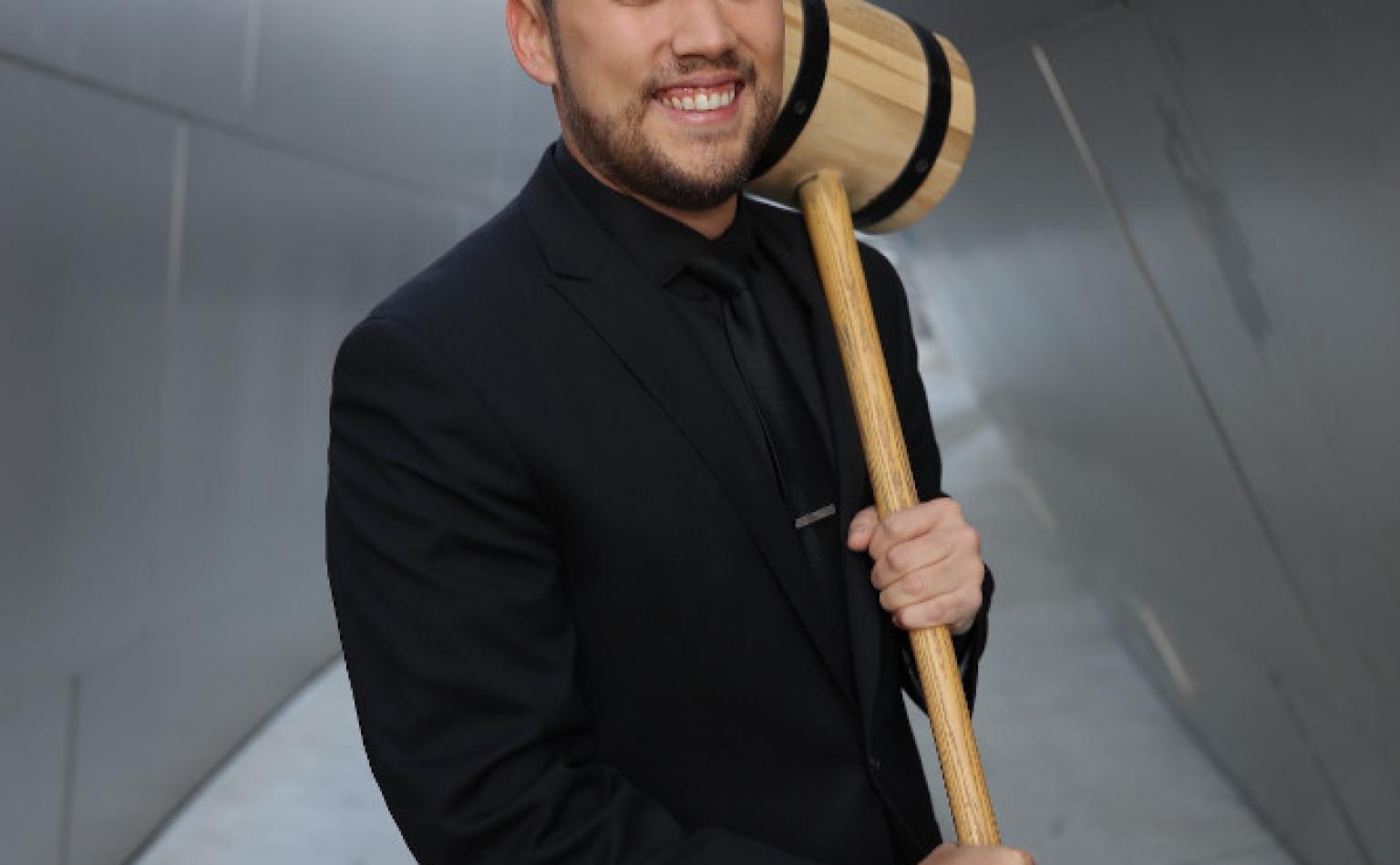 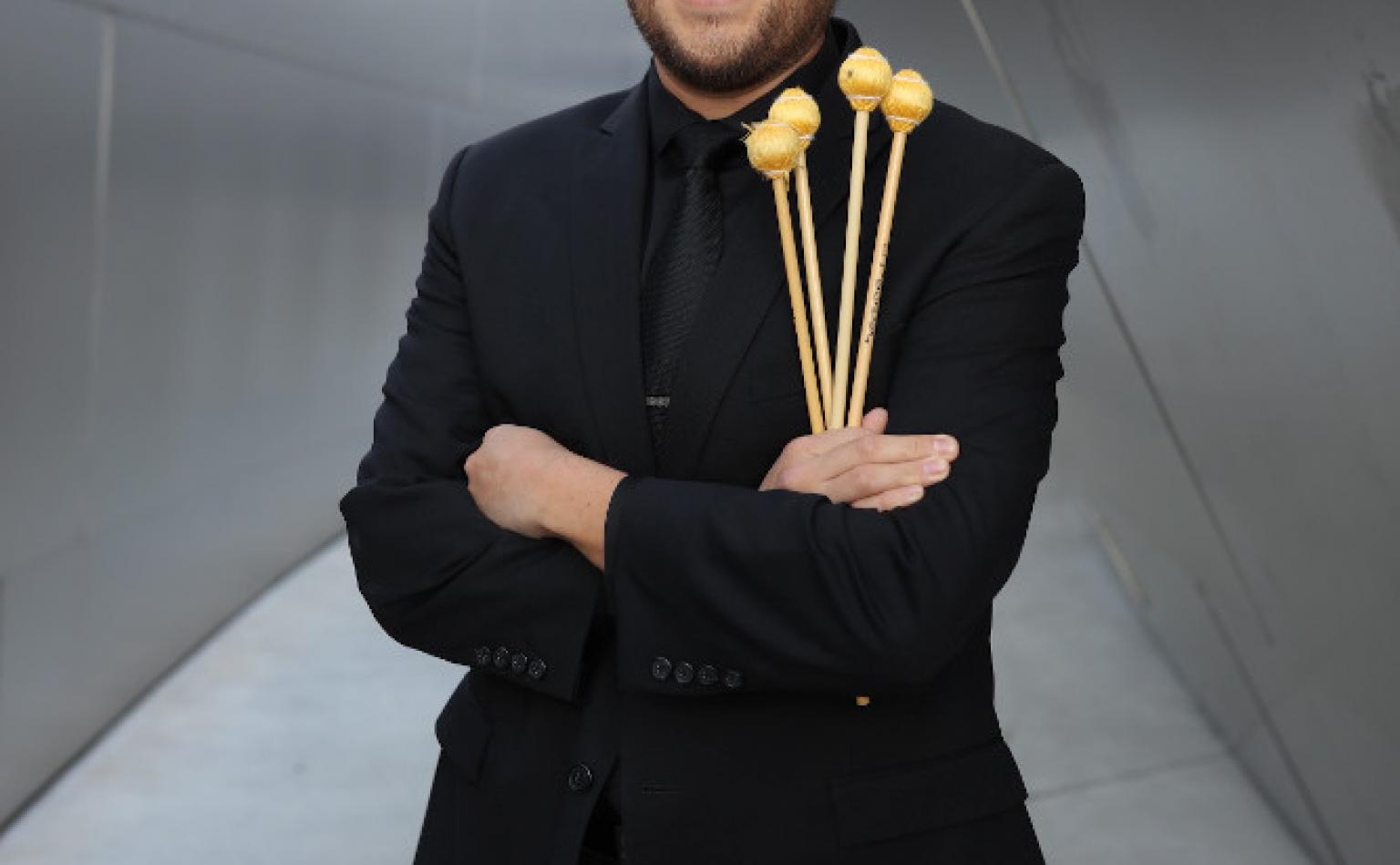 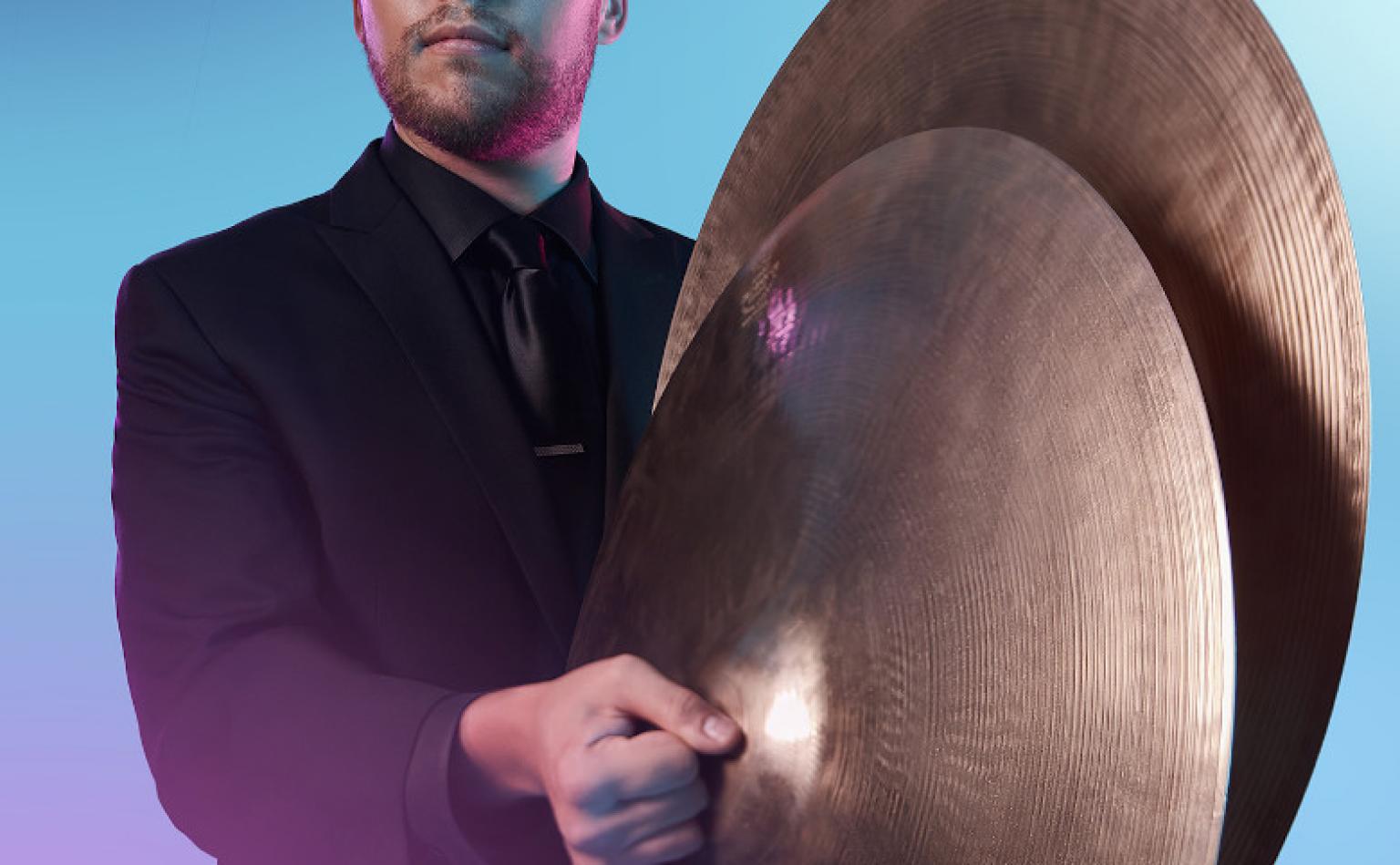 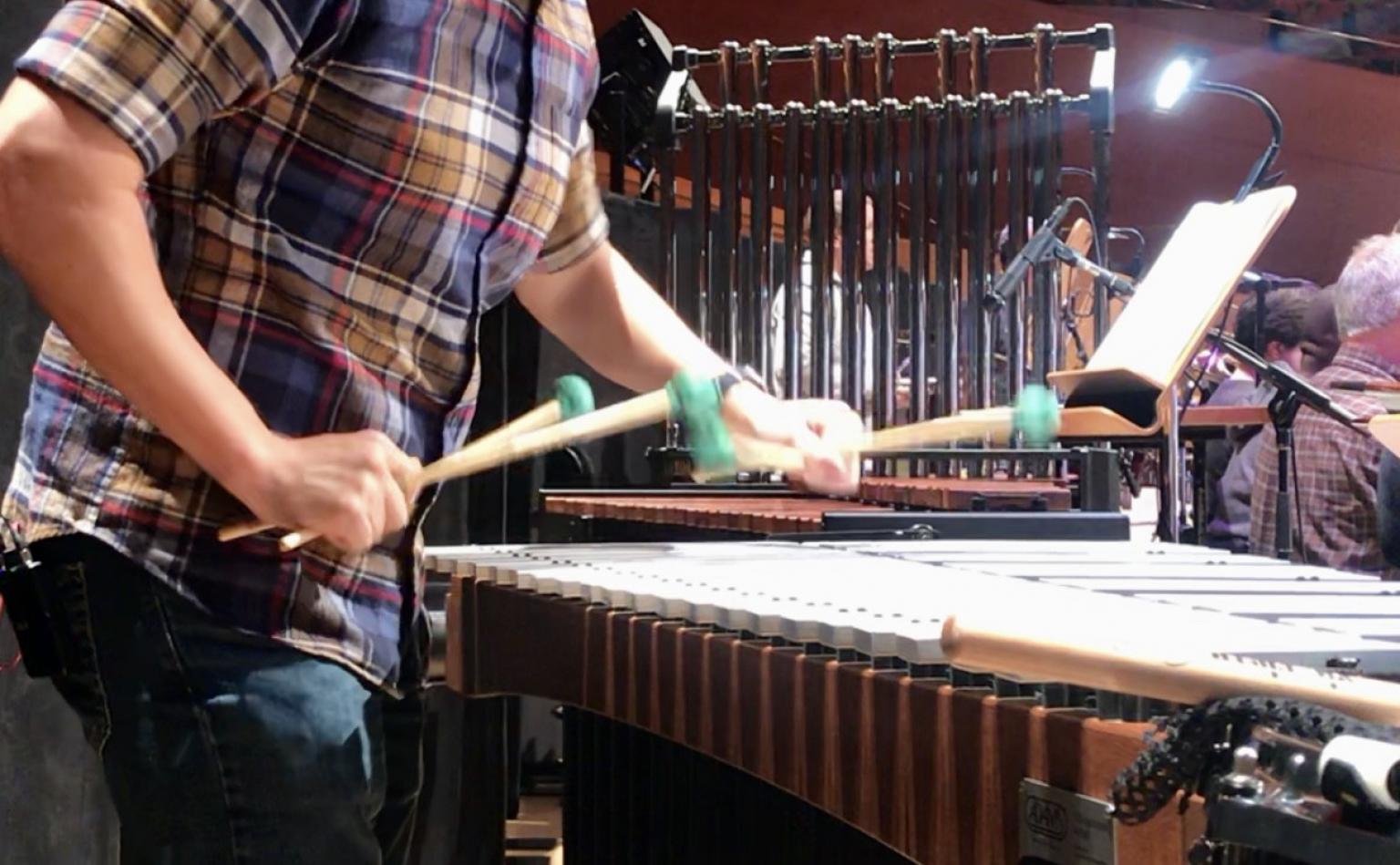