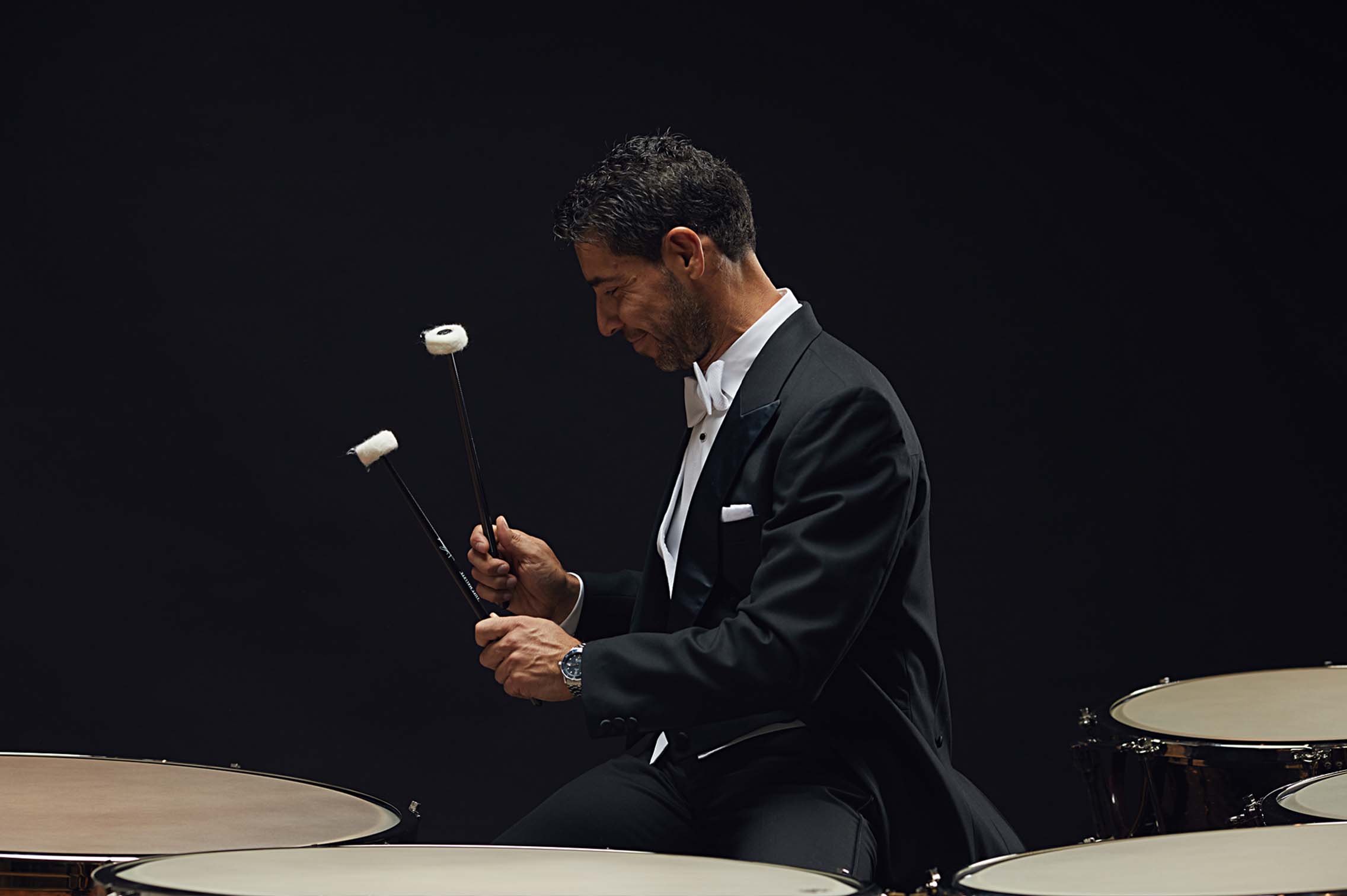 As an educator, Mr. Soto is a faculty member at Queens University of Charlotte, Artist in residence at Central Piedmont College as well as instructor for the Charlotte Youth Symphony program. As a clinician, Leonardo has done masterclasses around the USA, including PASIC s Pennsylvania day of percussion, University of Charlotte NC, and East Michigan University. Leonardo often travels back to his native Chile to perform recitals, masterclasses and clinics that take place at the National University of Chile, the Youth Symphony foundation and the National Symphony concert hall, where students arrive from Argentina, Peru, Uruguay among other South American countries.

As a soloist, Mr. Soto made his debut with the Charlotte Symphony in 2012 and has been invited to perform with the Amarillo Symphony in Texas and various University percussion ensembles in the North Carolina and Georgia area. In January 2017, Mr. Soto will perform the world premiere of Evolution Percussion Concerto written for him by composer Leonard Mark Lewis.

Mr. Soto has been part of music festivals in Maryland, Brevard NC, and Steamboat Springs in Colorado as timpanist and percussionist for orchestral and chamber music series.

Mr. Soto is the first native Hispanic Timpanist in the USA, beginning his Bachelor's degree at the University of Chile where he received the 'Teatro Municipal of Santiago National Scholarship for 4 years. At the same time, he was trained as a Latin percussionist by his own father Mr. Leonardo Soto Sr., who is one of Chile's most prominent musicians in the field. Mr. Soto began his professional career as a substitute Percussionist with the Santiago Philharmonic Orchestra and the National Symphony of Chile, gaining experience in Orchestral, Opera and Ballet repertoire.

In 1997 he received the 'Fundacion Andes International Scholarship'. This award was received after competing internationally against young musicians from Chile, Argentina, Brazil, and Venezuela. The Scholarship brought him to finish his education in the USA at Carnegie Mellon University in Pittsburgh PA, where he studied with Timpanist Timothy Adams from the Pittsburgh Symphony Orchestra. After relocating to the United States, Mr. Soto has worked and toured with ensembles such as the Pittsburgh Symphony Orchestra, Detroit Symphony Orchestra, New World Symphony, City Music Cleveland, Fort Wayne Philharmonic, Toledo Symphony, Grand Rapids Symphony, among others. Also as a Latin Percussionist, Mr. Soto has recorded and toured with a number of artists and bands from Pennsylvania, Southern Michigan, and the New York area.   In 2009 Mr. Soto was made an honorary student at Cleveland State University, by his most recent teacher Mr. Tom Freer of the Cleveland Orchestra. 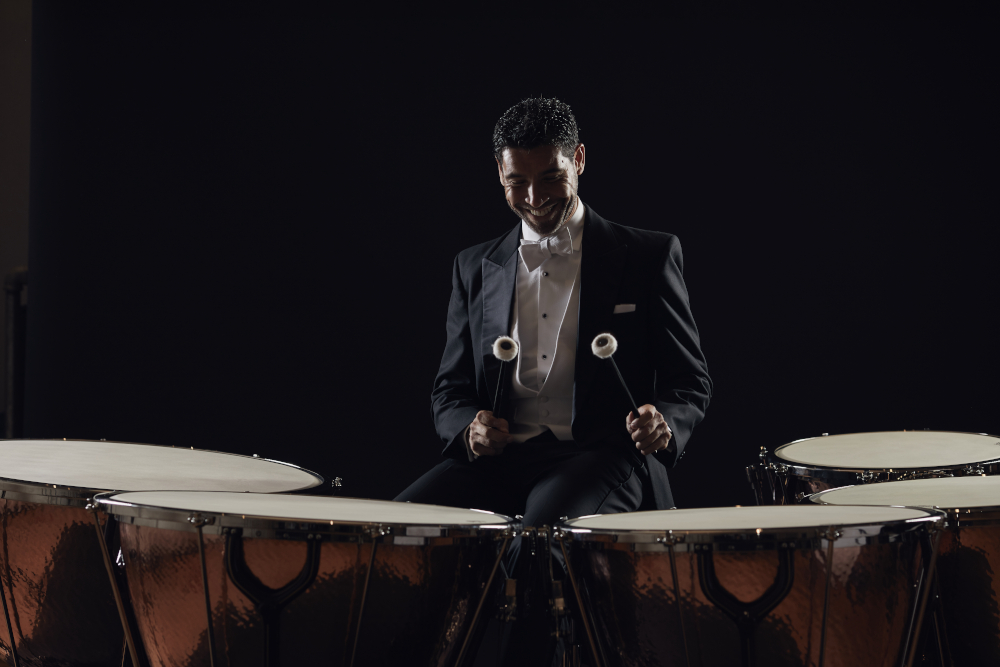 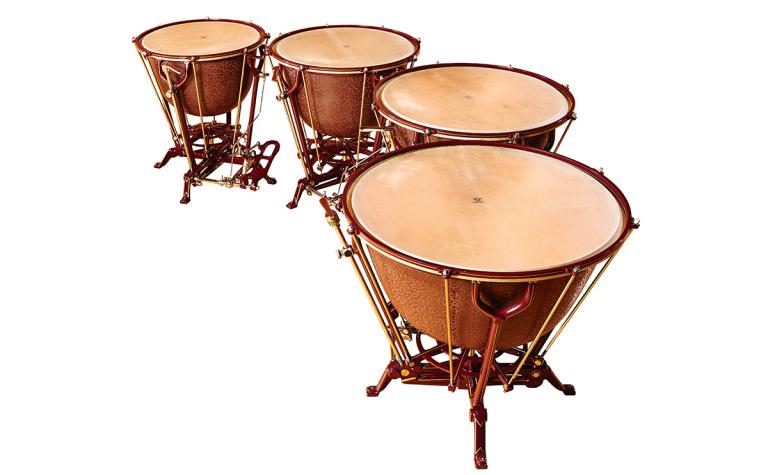 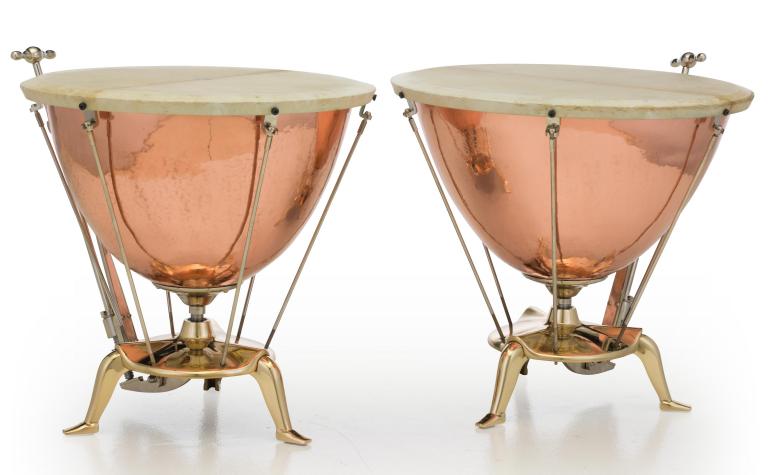 Adams Schnellar Romantic timpani feature a kettle that is slightly more voluminous than the Schnellar Classical timpani and are perfectly suited to the late Classical, and early Romantic repertoire. Available with brass lacquered or nickel-plated base. Inspired by Hans Schnellar's original salon timpani, owned by Marinus Komst, re-designed the base of the instrument and the crank-operation. The handmade bowls have a diameter of 600 and 660mm. The instruments come with Sonnberg goat skins. These goat parchments are made from rawhide and thus provide a richer variety of overtones. In addition, they have a very pronounced fundamental note, which gives the perfect bass foundation, especially for larger drums. Hans Schnellar (1865-1945) began his career as solo timpanist with the Zurich Tonhalle Orchestra. He was the guest timpanist with the Royal Concertgebouw Orchestra of Amsterdam for one year before becoming the solo timpanist with the Vienna State Opera and the Vienna Philharmonic Orchestra until 1932. Schnellar experimented with timpani making and produced many different types of drums. Many of his instruments are still being used today because of the instrument’s sound quality. Schnellar initiated the concept of pushing the kettle upwards instead of pulling the rim down to change head tension. The Royal Concertgebouw Orchestra has the only pair of original Schnellar pedal timpani, mentioned in the Berlioz/Strauss instrumentation book. There was never any discussion about the outstanding sound quality of the original Schnellar timpani from the RCO. It’s well known that Bernhard Haitink completely fell in love with the instruments, and he is not the only conductor to do so. Although they still play the original Schnellars every now and then, Marinus Komst and Nick Woud, the two timpani players of the RCO, decided to work on the mechanical operation of the timpani. Over several years of collaboration, they worked closely with the engineers and timpani builders at Adams Musical Instruments to create a perfect replica of the original pedal timpani in the workshop at the Adams factory in Holland. Inspired by Hans Schnellar’s classic design, Adams Schnellar Timpani feature modern innovations, production quality, and gorgeous finishes. Schnellar timpani feature a free-standing elliptical bowl without the customary support ring and struts—a unique combination that creates unparalleled sensitivity, projection, and response. 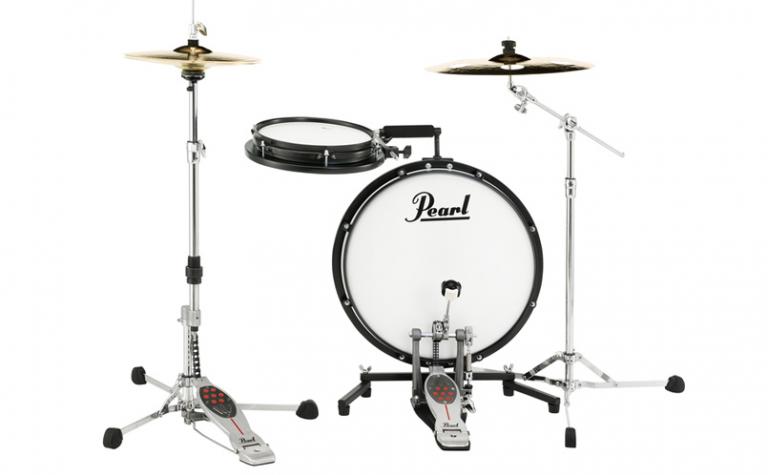 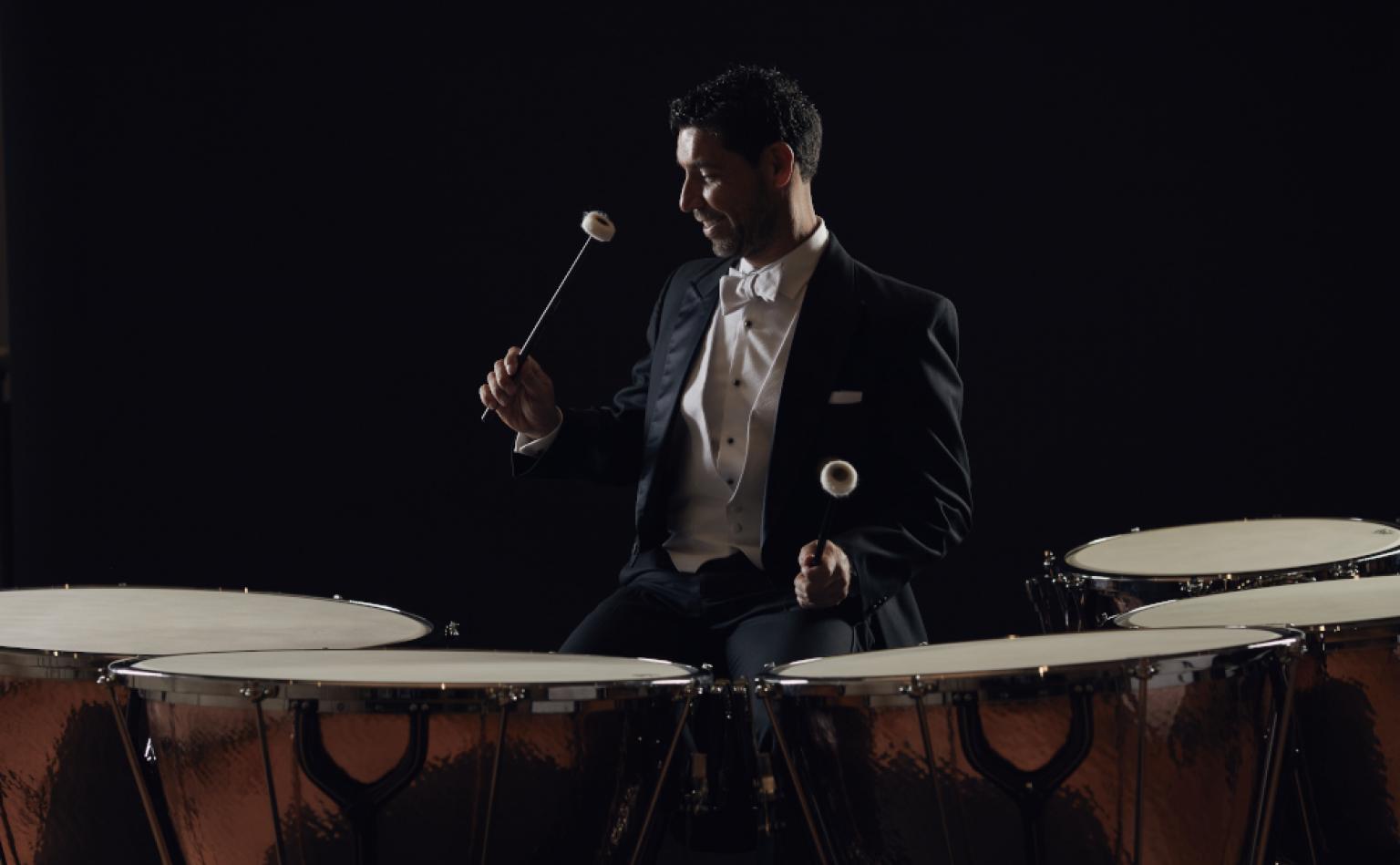 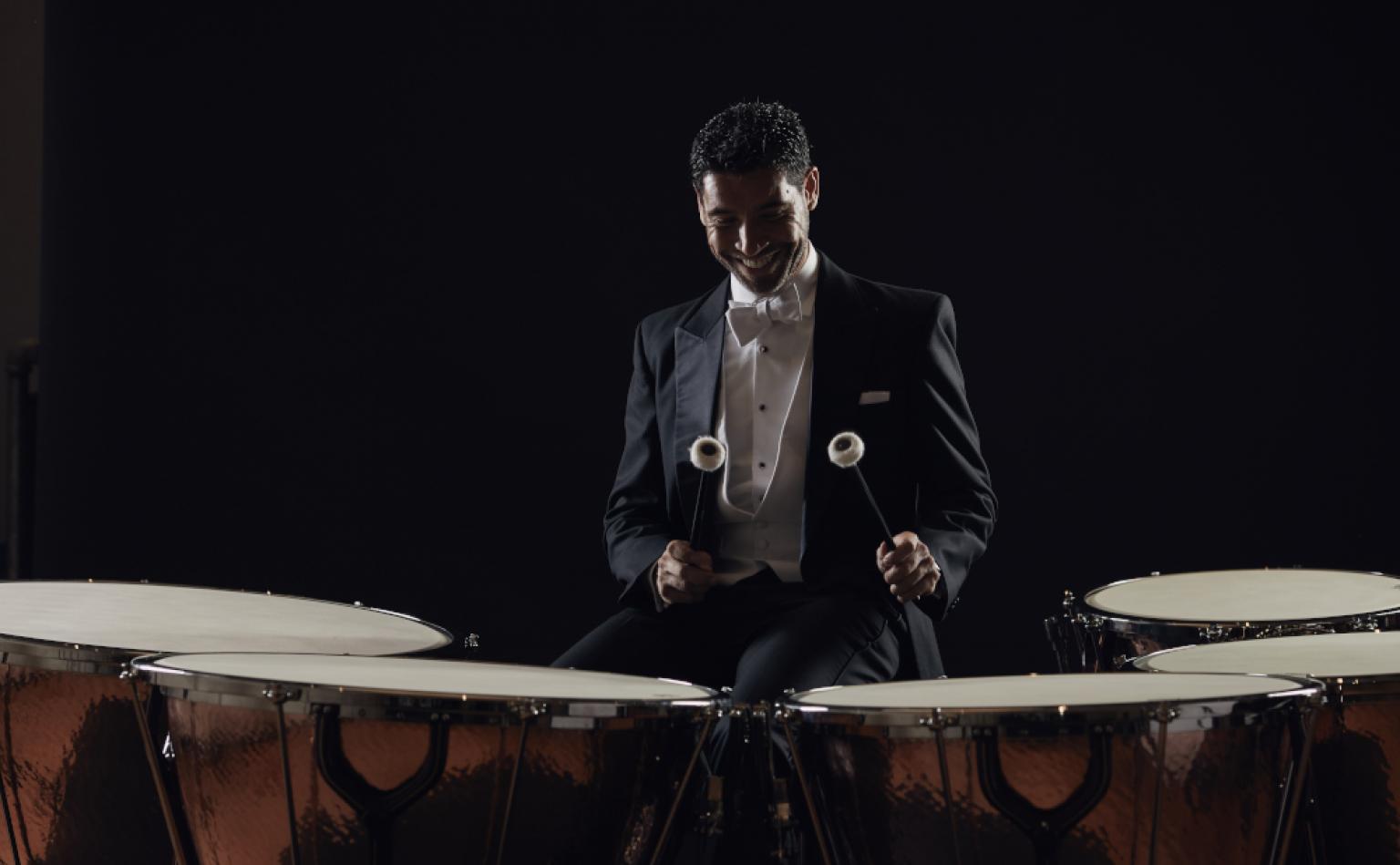 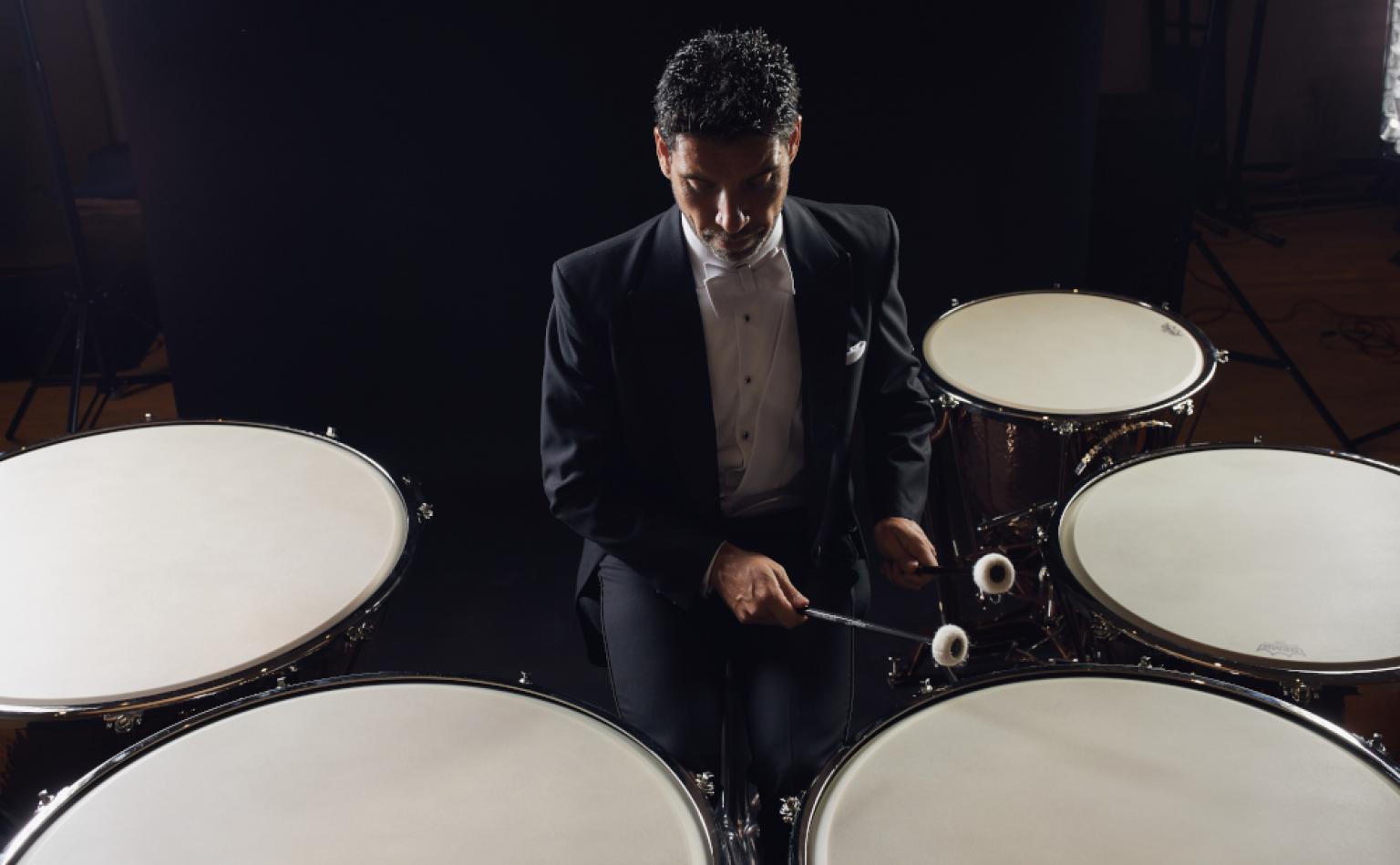 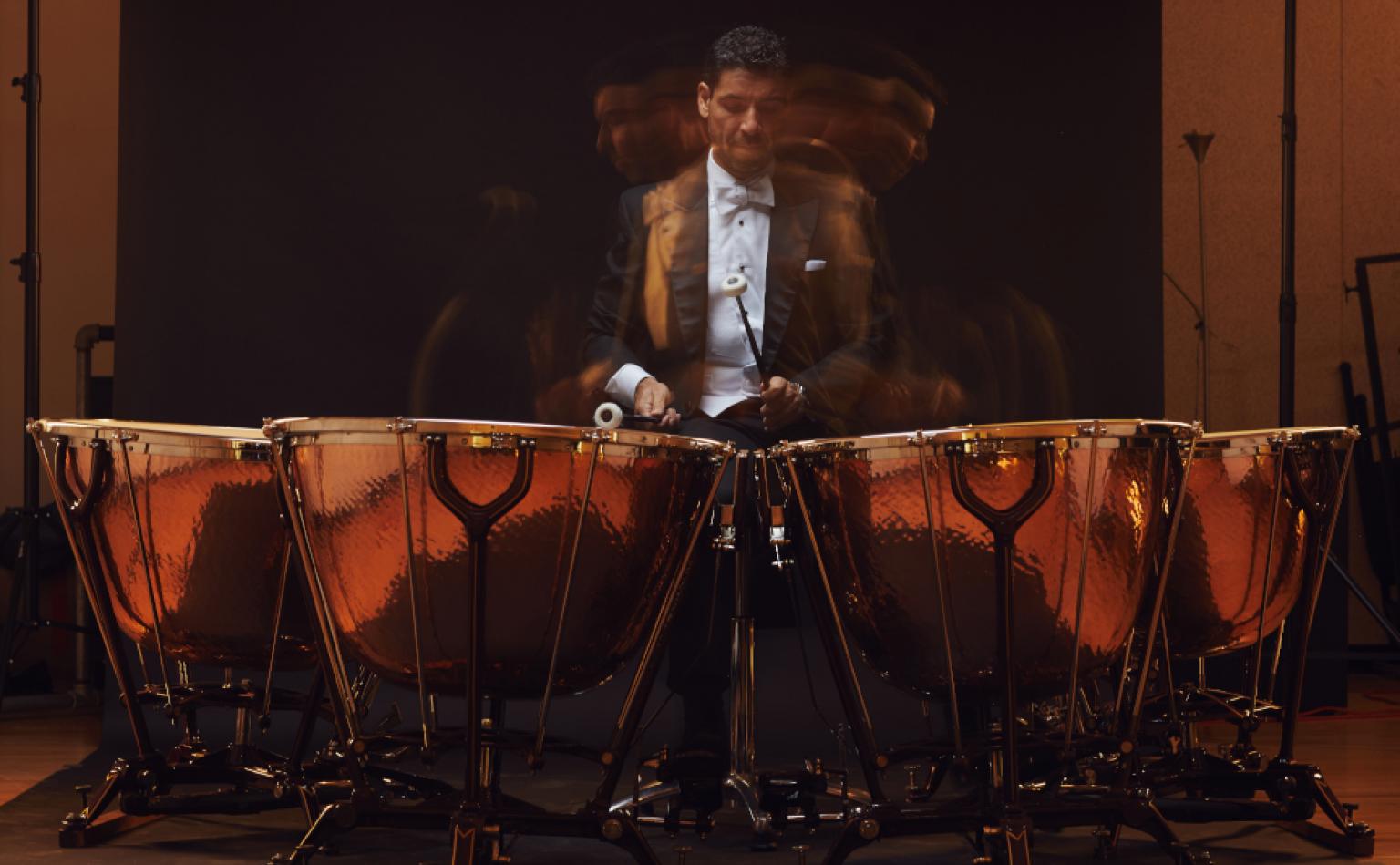 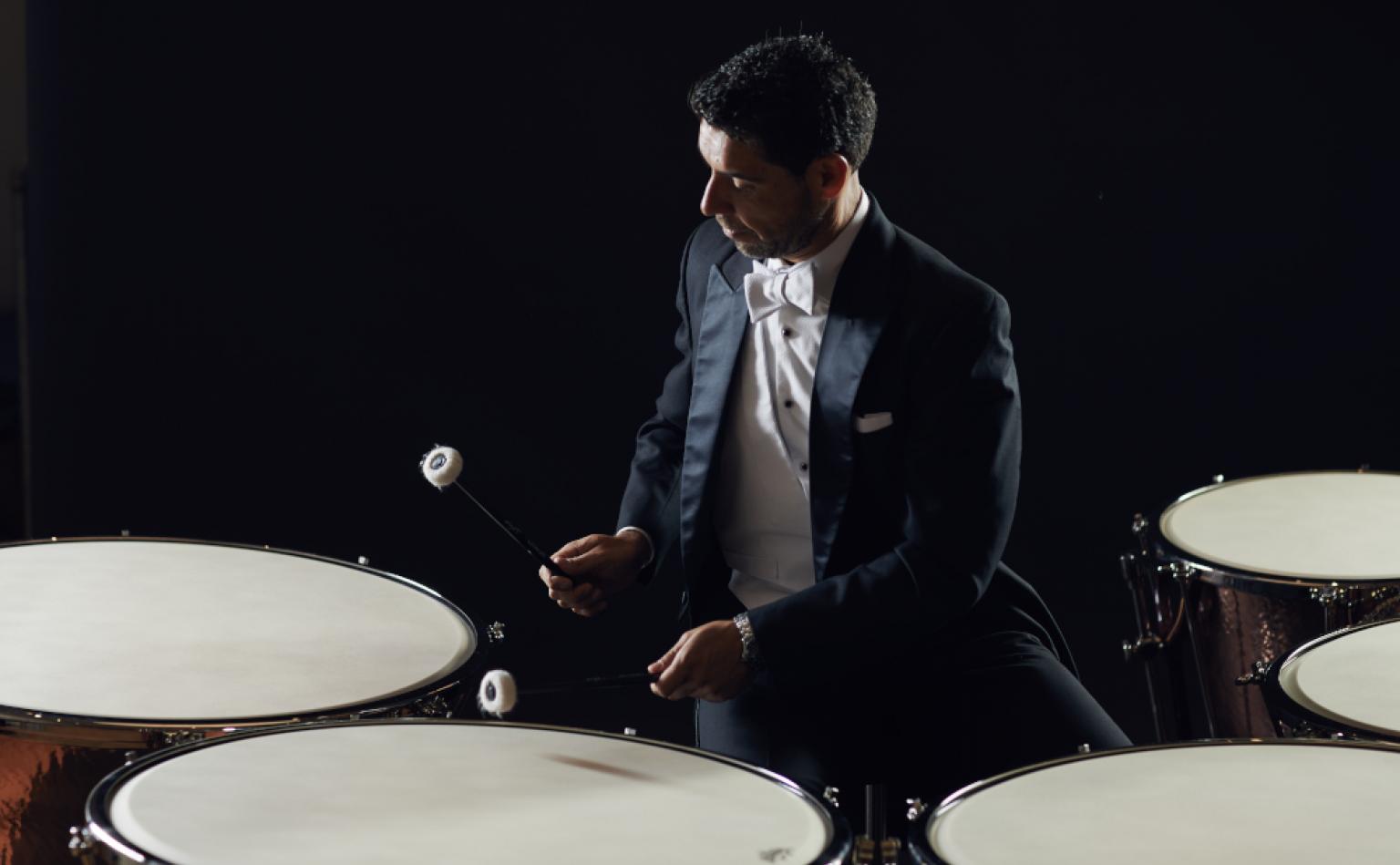 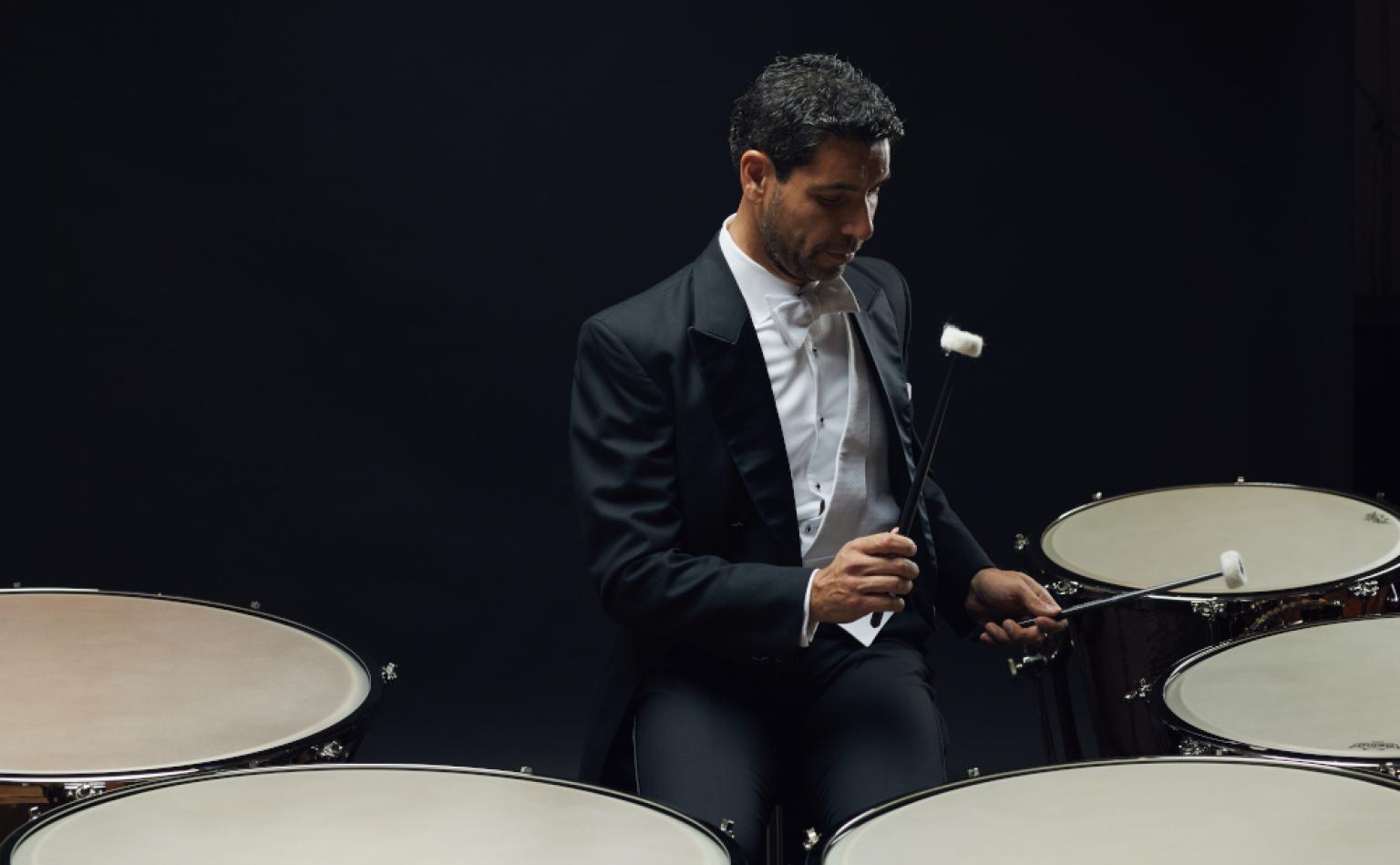