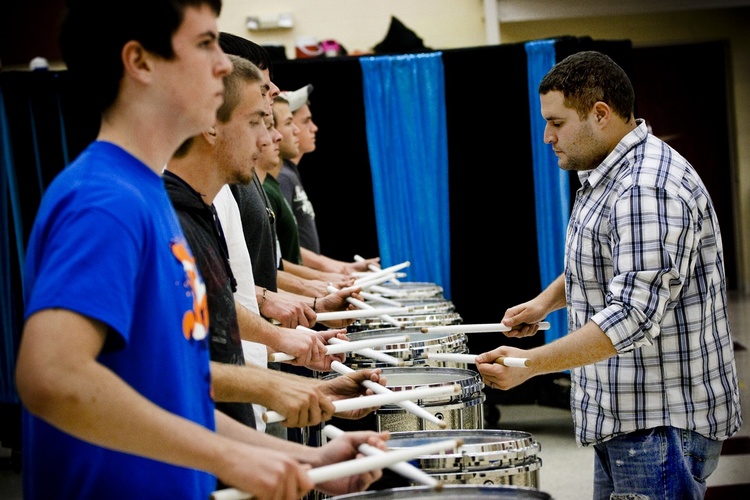 Josh Brickey is a nationally recognized arranger and educator. He began his career in marching percussion in 1998. He has performed as a snare drummer with notable groups such as the Carolina Crown Drum and Bugle Corps, the Bluecoats Drum and Bugle Corps and RhythmX.  After aging out in 2006, Josh became a full time educator. He has worked with several high schools in the Ohio area as well as working with Carolina Crown (2011-12), the Bluecoats (2007) and RhythmX (2007-present). Josh's extensive experience with both the indoor and outdoor activities has led him to designing for many high school, college, and independent percussion ensembles throughout the country.

Josh is proud to be teamed up the Vic Firth and the Pearl Corporation as an education artist.