Prof. Orlick proudly endorses Pearl/Adams instruments and products, where he is an international percussion artist/educator.

Prof. James Orlick designed the Music Industry Concentration at Benedict College where he teaches Applied Percussion, Music Composition, Electronic Computer Music, Concert Recording, and Scoring for Film and Multimedia in the Fine Arts Department. Prof. Orlick directs the College Percussion Ensemble. Prof. Orlick authored a grant that was awarded in the amount of $500,000 to fund the Music Industry Program he designed.

As an educator, Prof. Orlick is dedicated in serving and being an advocate for students who come from the lower socio-economic class. His career desires are to help facilitate learning to students with limited financial means so that they may have equal access to a high quality of music education and as a result, have the means of attending the top music programs in the world. He has successfully fundraised fees and recruited students from Eastern Europe and the Philippines to study in the U.S.A.

As a composer, Prof. Orlick was commissioned to compose a work for timpani and electronics entitled Reverie that was premiered at The Juilliard School of Music. Prof. Orlick completed a commission from the National Aeronautics and Space Administration (NASA), for a planetarium show for the Hubble Telescope Exhibition.

Most recently, Prof. Orlick completed a commission for a chamber, electronic, and multimedia composition in tribute to the victims of Typhoon Rammasun (Glenda) that stuck the Philippines during his concert/lecture series in the Philippines.

Prof. Orlick orchestrated and organized music concerts for dignitaries such as the President of Zanzibar, Amani Abeid Karume, Ombeni Sefue, Ambassador of the United Republic of Tanzania, and the singer, James Brown s Estate.

Prof. Orlick appeared in The New York Times performing in the world premier of Odin: The Opera by Donald Knaack and Linnett Taylor. In addition, Prof. Orlick was featured taiko drum player for the world premier of Sanyoungsan (strings and 2 taiko drums) by Youngmi Ha that was performed in South Korea. Other notable performances include soloist in the symphony, The Past is in the Present , under the baton of the late Gunther Schuller.

As an orchestrator, Prof. Orlick orchestrated Philip Glass film scores from the movie Powaqqatsi: Serra Pelada and Train to Sao Paulo and Prelude to Endgame that were performed in New York City and at The Aspen Music Festival.

Prof. Orlick received his Master of Arts degree in performance and composition from New York University in New York City where he studied Scoring for Film and Multimedia and Music Technology. Prof. Orlick was selected for the NYU/ASCAP Foundation Film Scoring Workshop.

In addition, Prof. Orlick is a collegiate educator for Vic Firth. 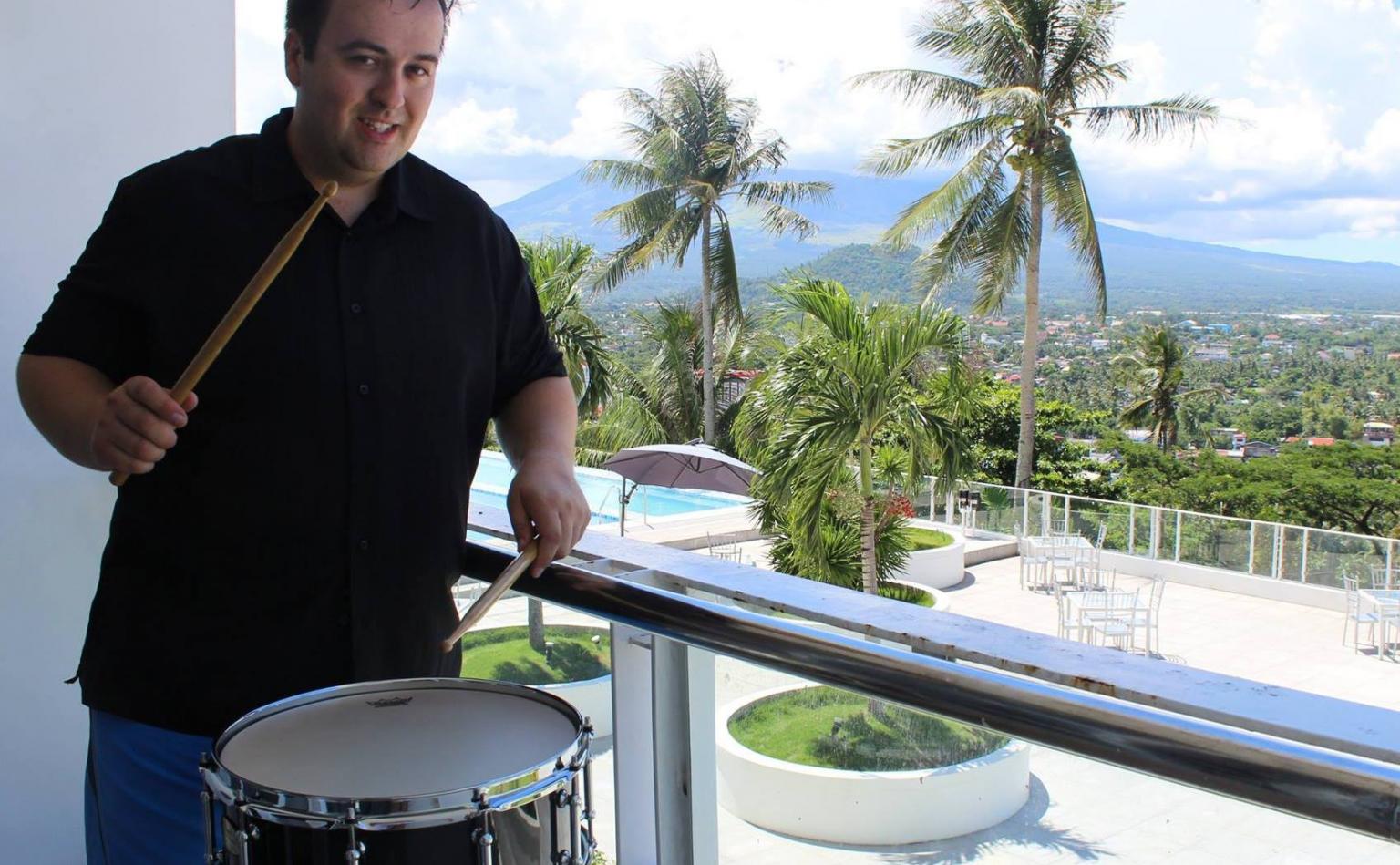