Drummer for the band Cryptopsy and Vltimas , Flo has toured Canada, Europe, Japan,  Australia , Russia, South America and the United States as a headlining act over the last 25 years, and combined record sales have reached over 400,000 copies to date. He is also an accomplished clinician and has performed extensively across North America.

Wherever Flo has played, his reputation remains the same; he combines great chops with blistering speed and technical brutality. Add this to an open mind approach that embraces different musical genres, Flo has developed an even greater ability to enhance the creative edge within his unique phrasing. His exploration of the Latin / Jazz approach has added an originality to his style which sets him apart from the rest. Flo’s speed and precision apply to his live performances as well, and his playing continues to get even faster and tighter. His delivery and execution of complex fills at abnormal speeds will leave no one feeling indifferent.

Equipped with a personal training certificate, Flo also does a lot of teaching and workshops based on the body in correlation to drumming. Something he calls “The Body Fulcrum”.

In 2019 the Vltimas debut album “Something Wicked Marches In” was voted metal album of the year. His 1996 Cryptopsy classic None So Vile remains one of the top 10 Death Metal albums of all time.

His hard work has paid off as he is today one of the most recognized drummers within the metal scene. Flo’s style is an example to follow for the new generation of drummers who wish to find out more on what the discipline of extreme drumming is all about. 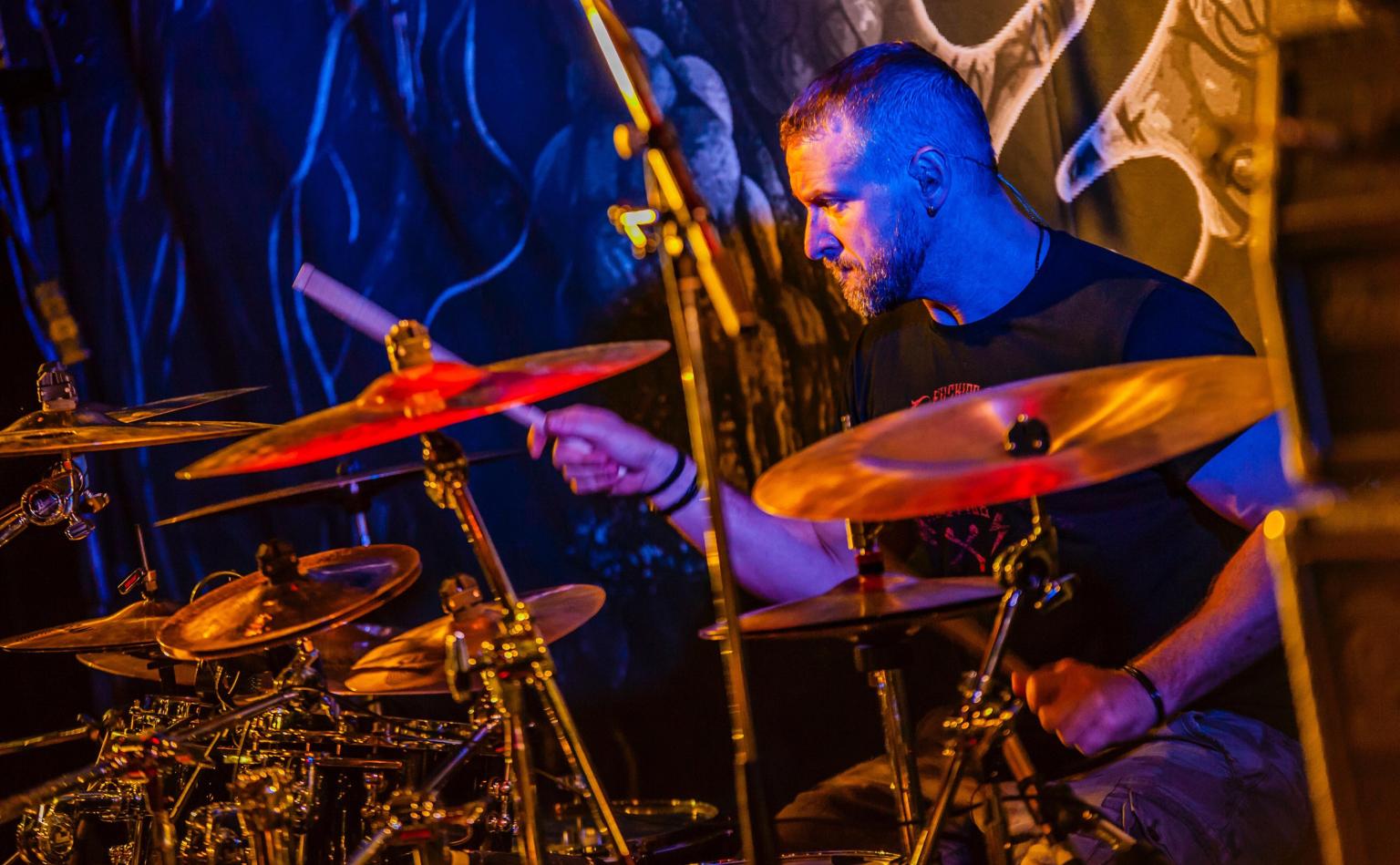