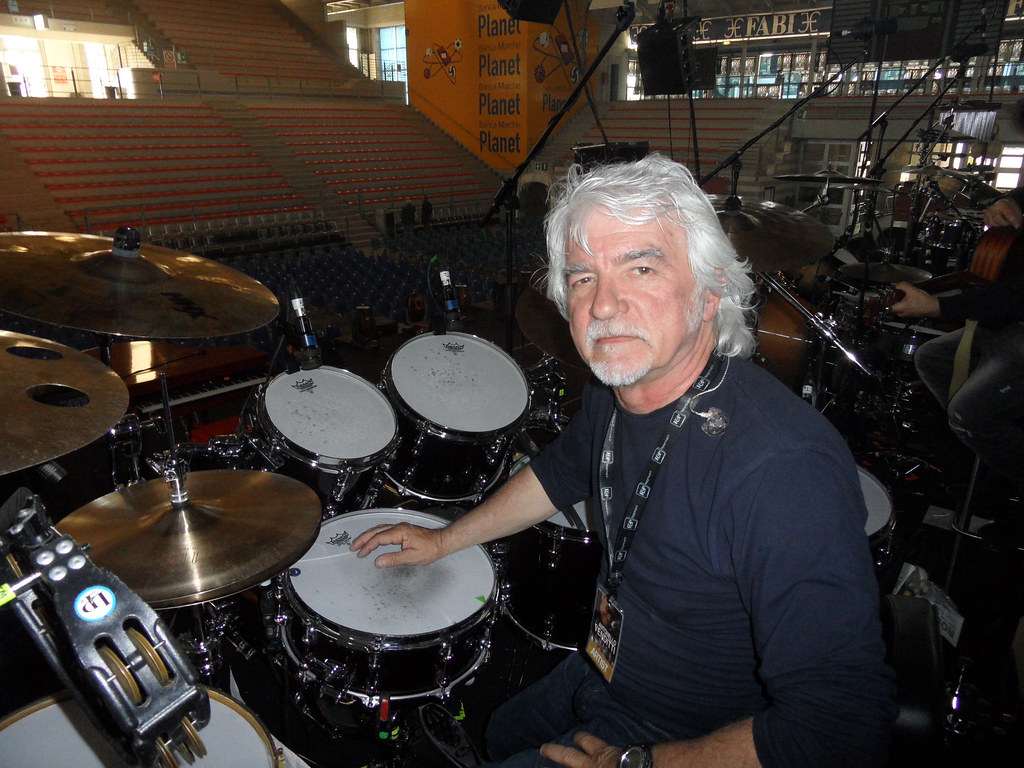 "I began to play drums after I have saw the film "Drum Crazy" interpreted by Sal Mineo, about the life of Krupa Gene”. After four years studying drums, he moved to Germany to play live with bands performing in the U.S. military bases. In that period he had the opportunity to meet a lot of musicians, who played with people like Lou Rawls, James Brown, and others. While playing with Archie Bell & the drells, they recorded “tighten up” which became very famous in the U.S. “After Germany I made a short trip to London” then to Paris where he formed a group playing a worldtour including visiting Tokyo. When he arrived in Italy the “cantautore” movement was ending and he began to make recordings with Rino Gaetano, Riccardo Cocciante, Antonello Venditti, Renato Zero and many others. Hi has toured with Riccardo Cocciante, Renato a Zero, and played at least 7 or 8 tours with Antonello Venditti. He rates his three world tours with Zucchero as some of the best he has played. 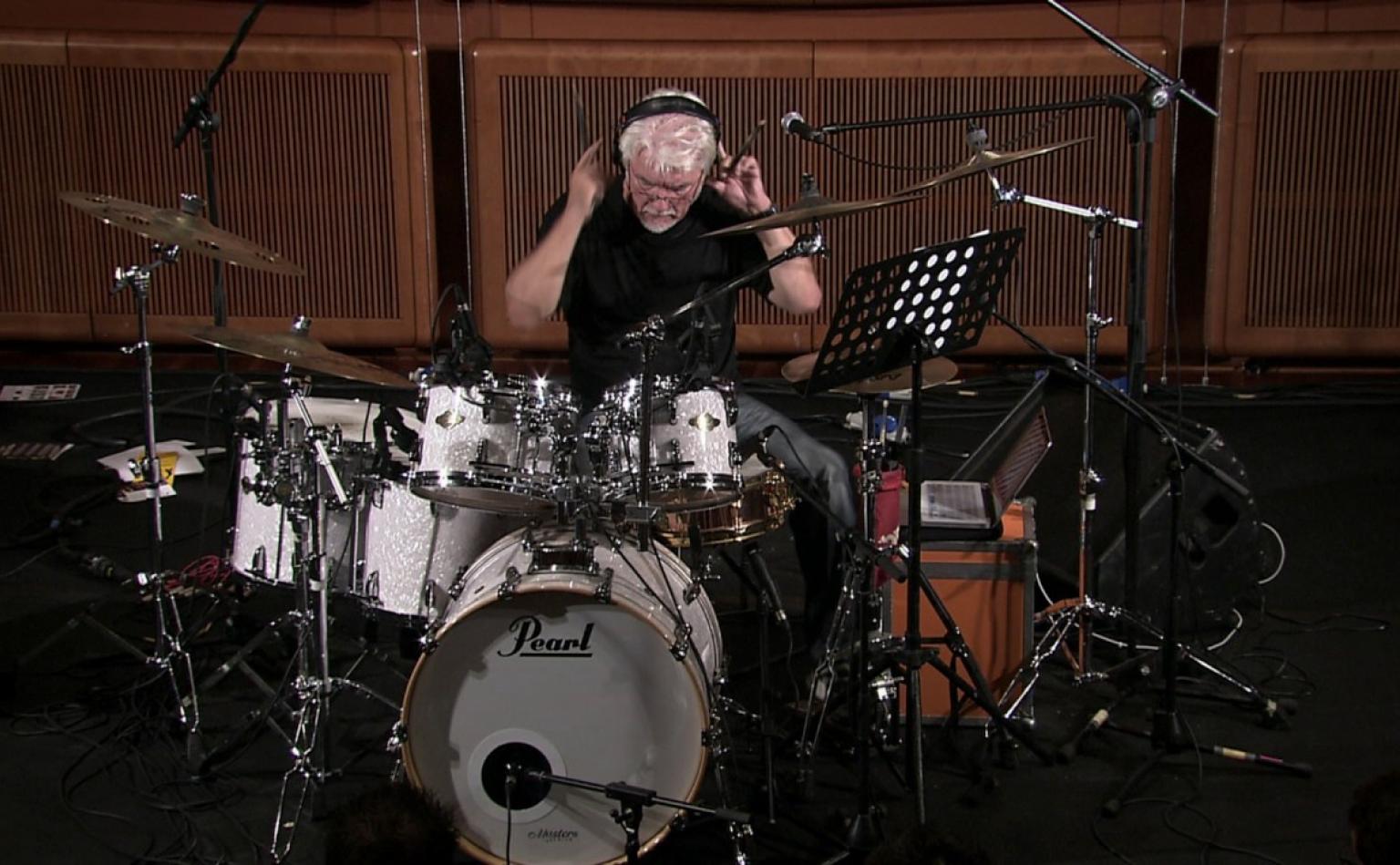 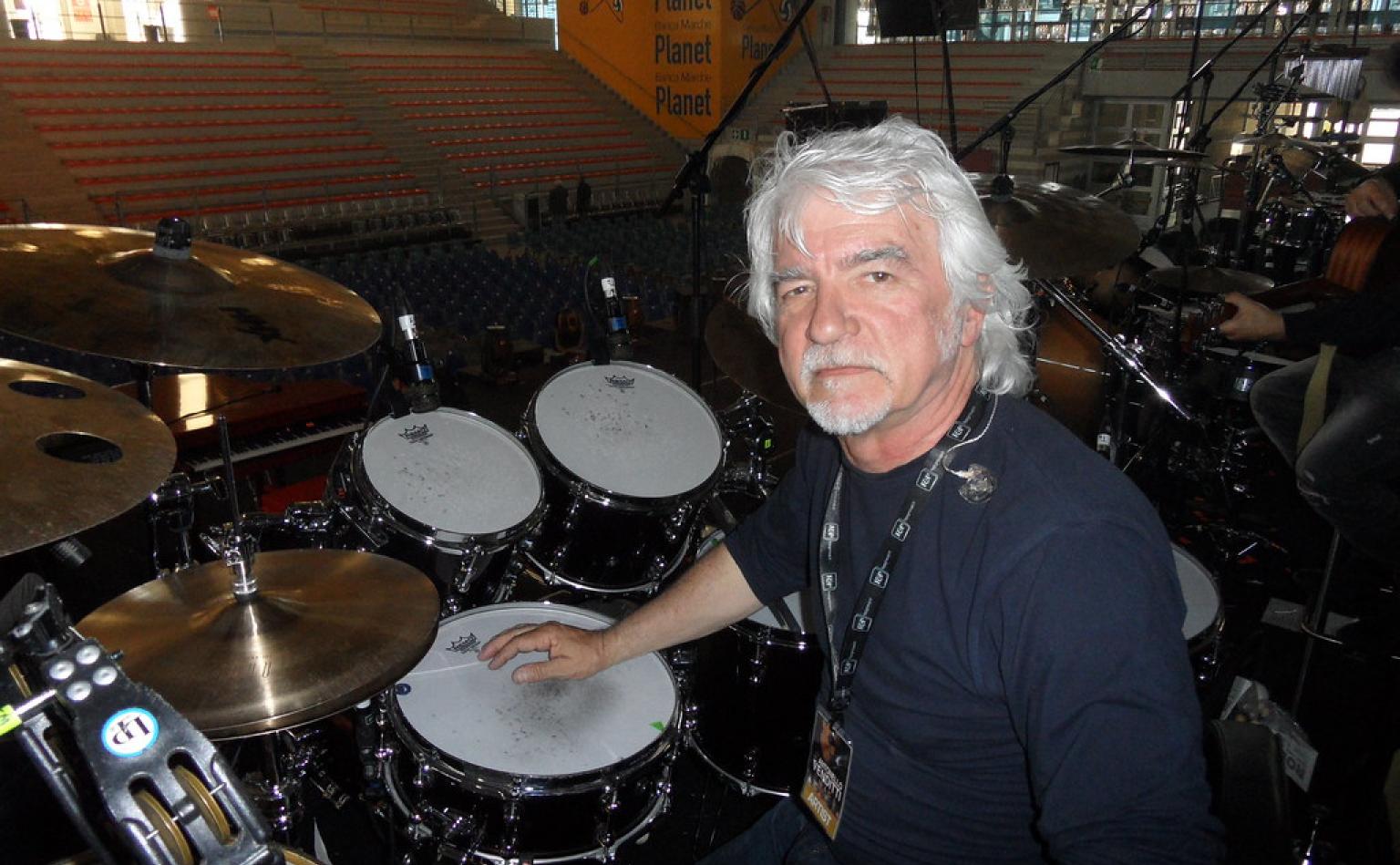