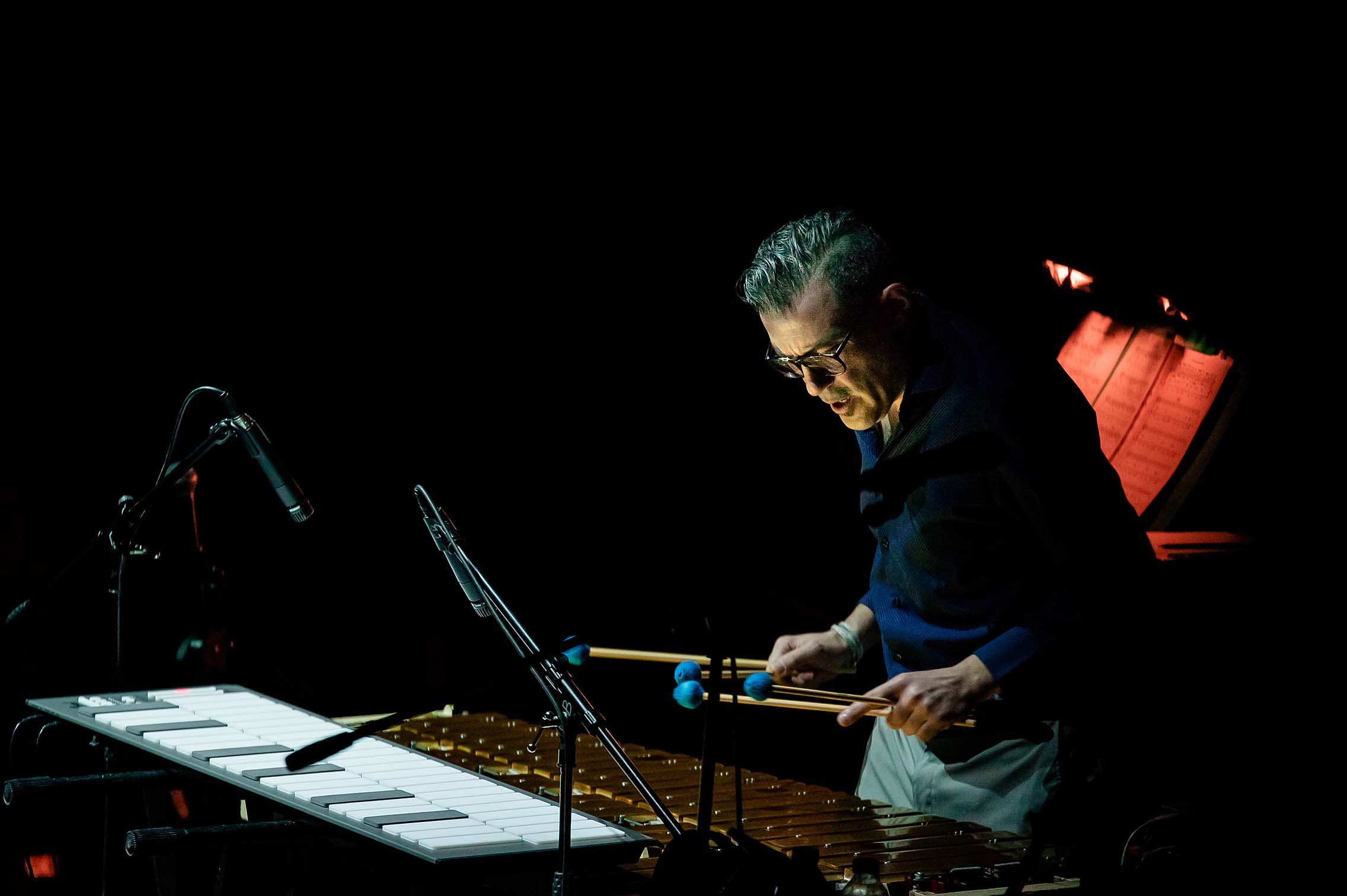 Born in Kozani, Greece, Christos Rafalides can't remember a time when he wasn't surrounded by music. The influence of his older brother led him to the piano at the age of seven. He began his studies in classical percussion at the age of fourteen, and by the time he was twenty he was working with some of the best known orchestras in Greece. Christos believed he would continue his career as a classical percussionist, until one evening when he heard pianist George Cables with the group of Billy Cobham, “here was this guy, playing with his shoes off, conveying so much feeling through his instrument... I knew I wanted to be able to express myself like that." From that moment forward, Christos knew he would be a jazz musician.

Upon receiving a scholarship to the Berklee College of Music, he moved to Boston, where he completed his Bachelor of Arts degree, studying with Ed Saindon. His desire to flourish brought him to New York City to study with acclaimed jazz vibraphonist Joe Locke at the Manhattan School of Music. Finishing his Masters Degree, Christos began to immerse himself in the vital NYC jazz scene. In a short while he was playing with such notable musicians as Ravi Coltrane, Antonio Sanchez, Donny McCaslin, Hector Martignon, Ron Affif among others.

He established ‘ManhattanVibes’ which reveals his strong affinity for Latin and other world music. The self- titled CD featured the talents of Grammy award winner John Benitez on bass and Steve Hass on drums, two of the most respected young players on the contemporary music scene. The legendary trumpeter Randy Brecker also appears as a special guest. In Jazz Times' magazine's 2002 Year In Review issue, the recording was held as, "...one of the top-ten jazz recordings of 2002”.

Christos' collaboration with his erstwhile mentor, Joe Locke, led to the recording of ‘Van Gogh by Numbers.’ The duo performed original music from their recent release to an enthusiastic overflowing audience at the 2005 PASIC convention in Columbus, Ohio - an event that sparked considerable interest in the percussion world.

His duo recording “Dark Sand” with Sergio Salvatore was released in 2007 sparking performances at Carnegie Hall, Lincoln Center and various cities throughout the US and Europe.

In the spring of 2007, Christos performed a series of concerts with the Charles Mingus ‘Epitaph’ Band featuring bassist Christian McBride and conductor Gunther Schuller. In the fall of that same year, he also performed with the Lincoln Center Jazz Orchestra and Wynton Marsalis at Lincoln Center in New York City.

His collaboration with Greece’s legendary composer Mimis Plessas led to the release of two projects both based on Plessas’ music: the album ‘Ηχώ/Echo: the music of Mimis Plessas’ featuring Evi Siamanda on vocals; and the duo recording ‘We Two’ featuring Mimis Plessas on piano and Christos on vibraphone.

His latest project ‘Point Two’ teams him up with bassist Petros Klampanis who he met five years ago in NYC. Point Two is a unique blend of their influences of Middle Eastern, Greek and Latin elements and they include original compositions, standards, and folk songs.

In addition to ‘Point Two’ in 2014 Christos' collaboration with the ‘Chronos Ensemble’ featuring one of Greece’s legendary singer-songwriter Dimitra Galani led to the release of the album ‘Chronos Project”. The same year he was part of a special recording project titled ‘Peter Gunn - The Music Of Henry Mancini)’ with the Harmony Ensemble of NY ( Lew Soloff, Lew Tabackin, Ronnie Cuber, Victor Lewis). Future projects include his trio release ‘Near & Dear’, and a new recording with Manhattan Vibes featuring Antonio Sanchez called “Wabi-Sabi”.

For several years Christos has been a guest faculty member at the ‘Zeltsman Marimba Festival’ which takes place every summer in different parts of the world. He also has an Artist Residency at the ‘Music Village’ in Greece. This is an international music community that became an institution which reinforces both creativity and human relations. He is also a member of ‘Queens College’ private lesson faculty.

Christos is a Musser artist and is playing his signature ‘Christos Rafalides 50R’ mallets made by Mike Balter. He makes his home in NYC. 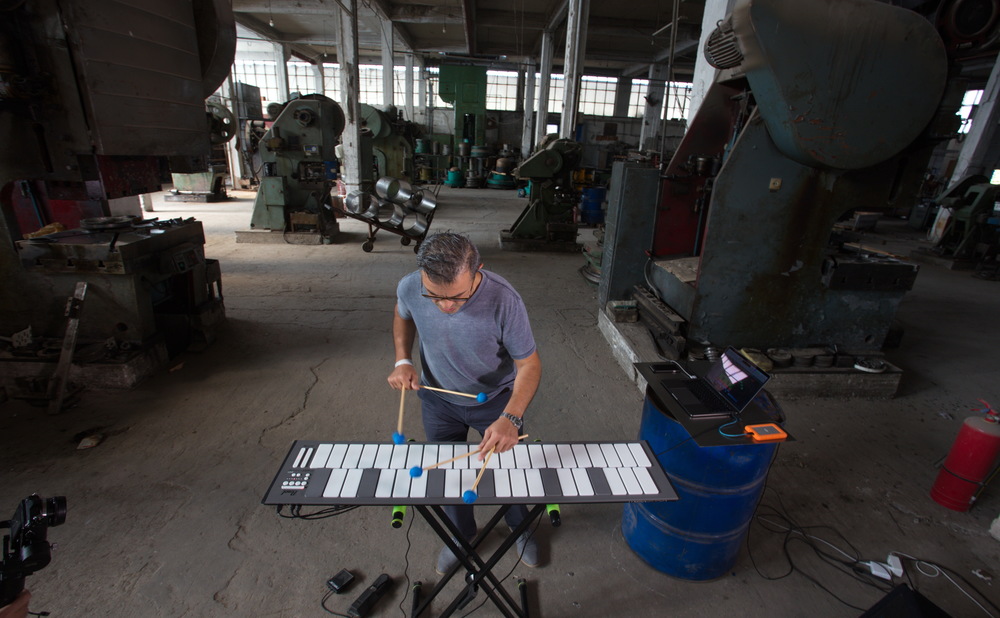 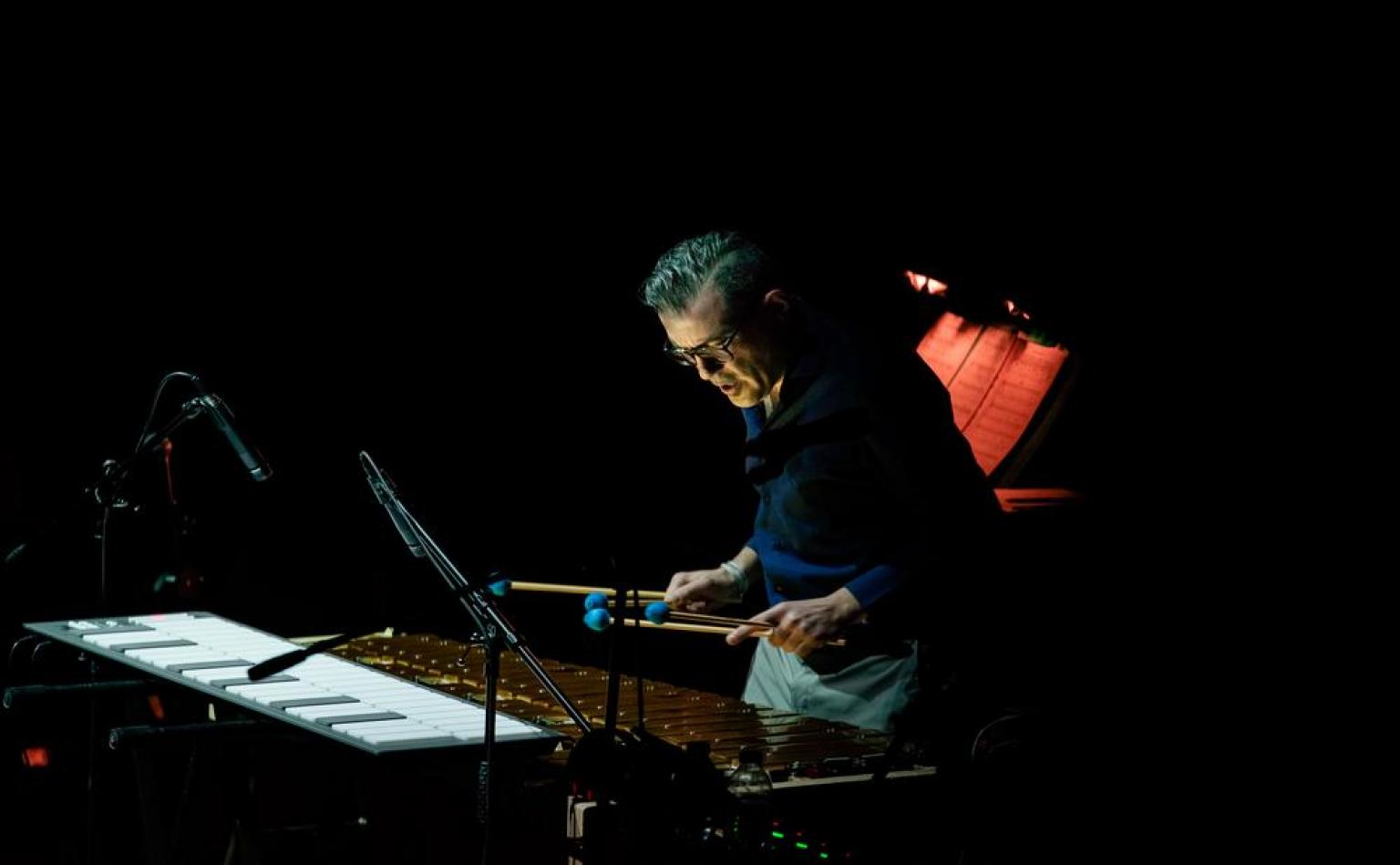 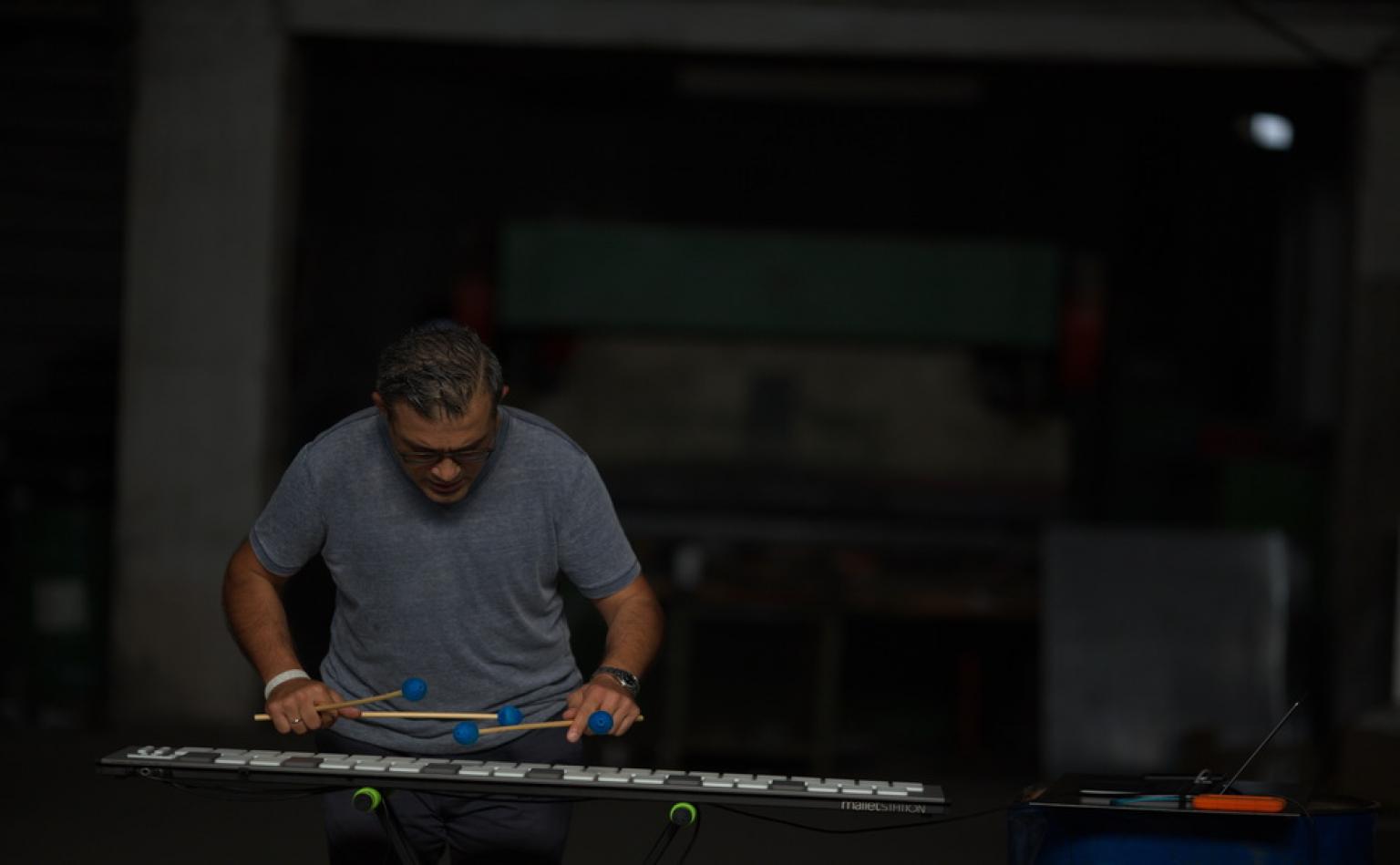 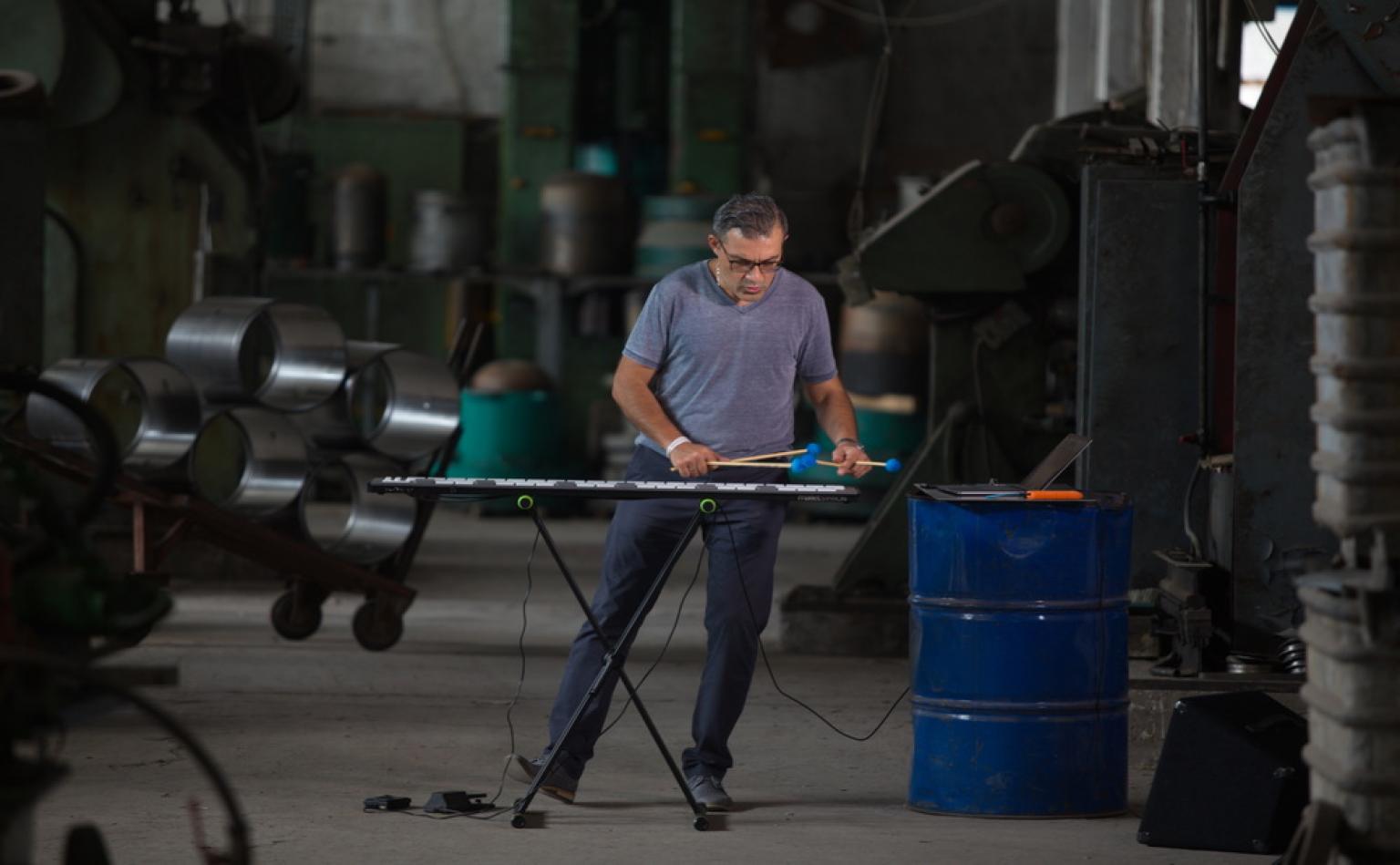 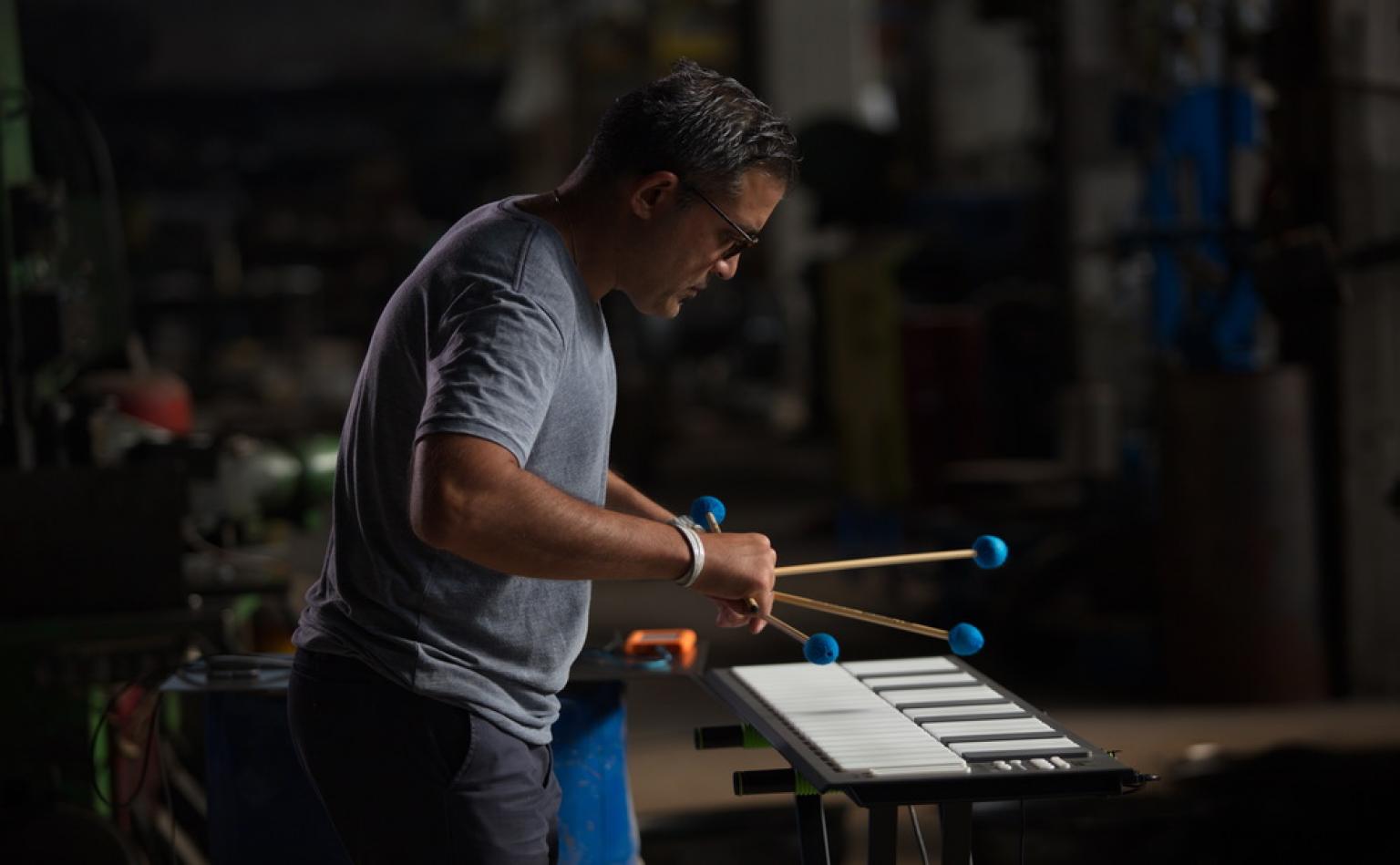 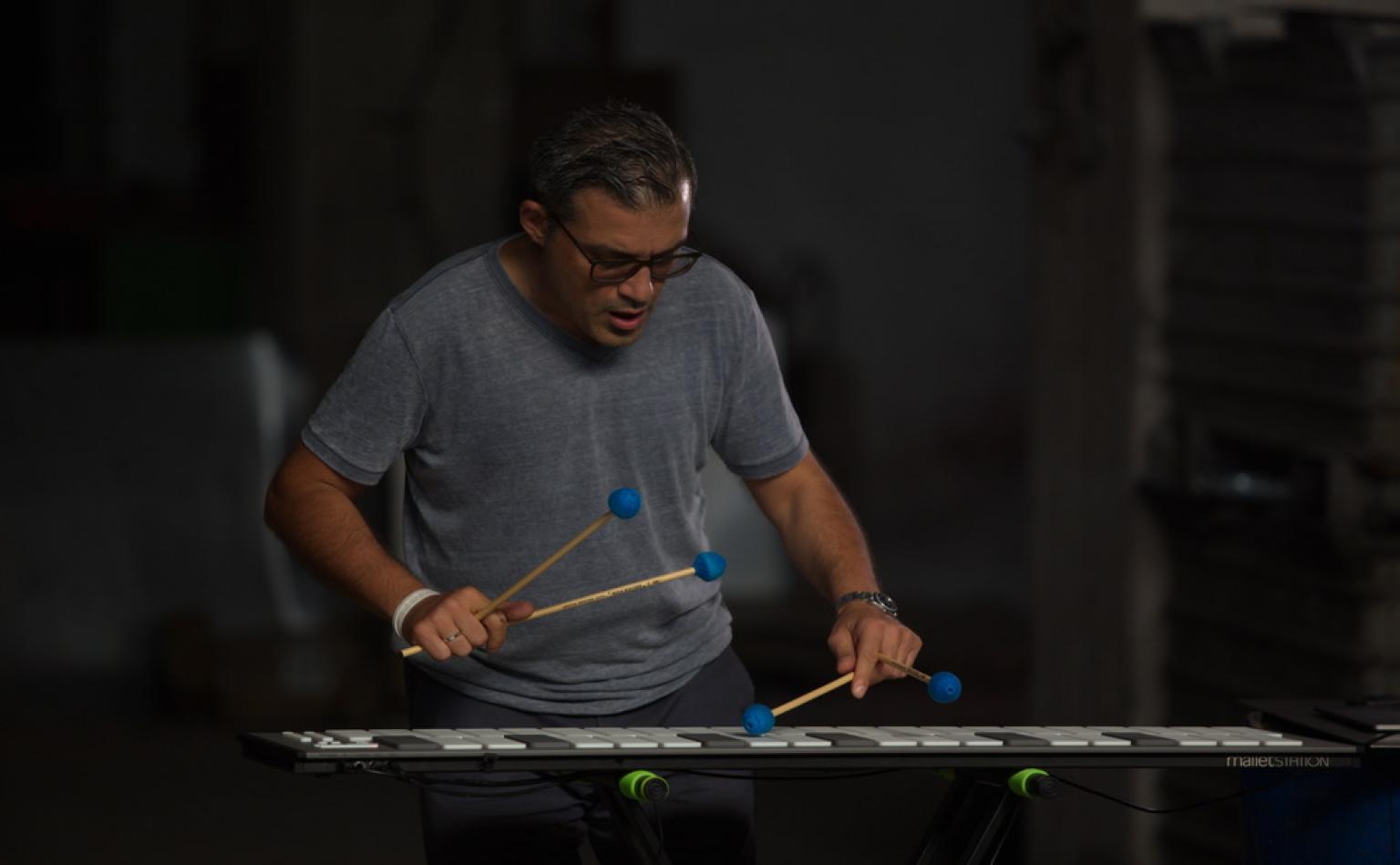 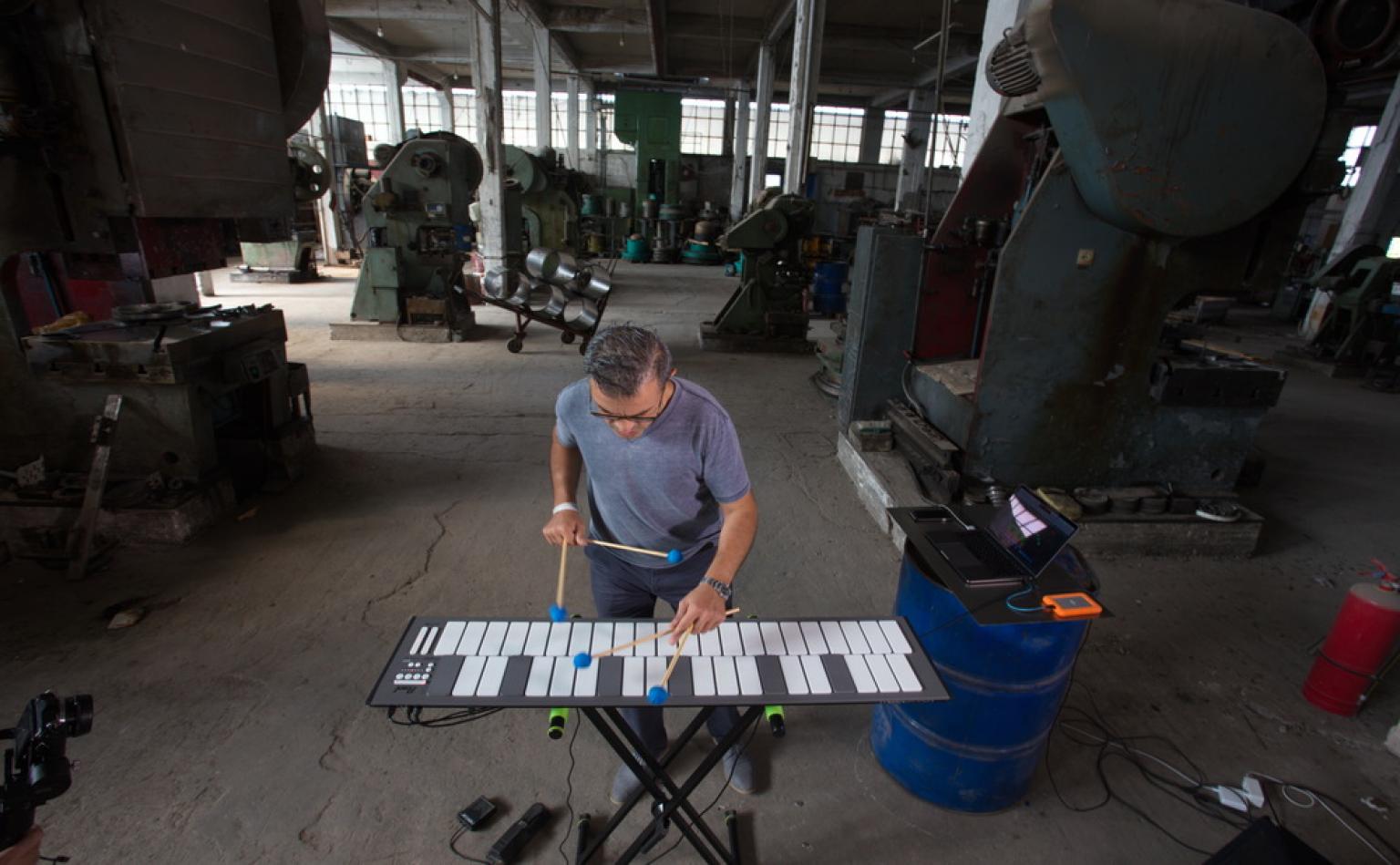 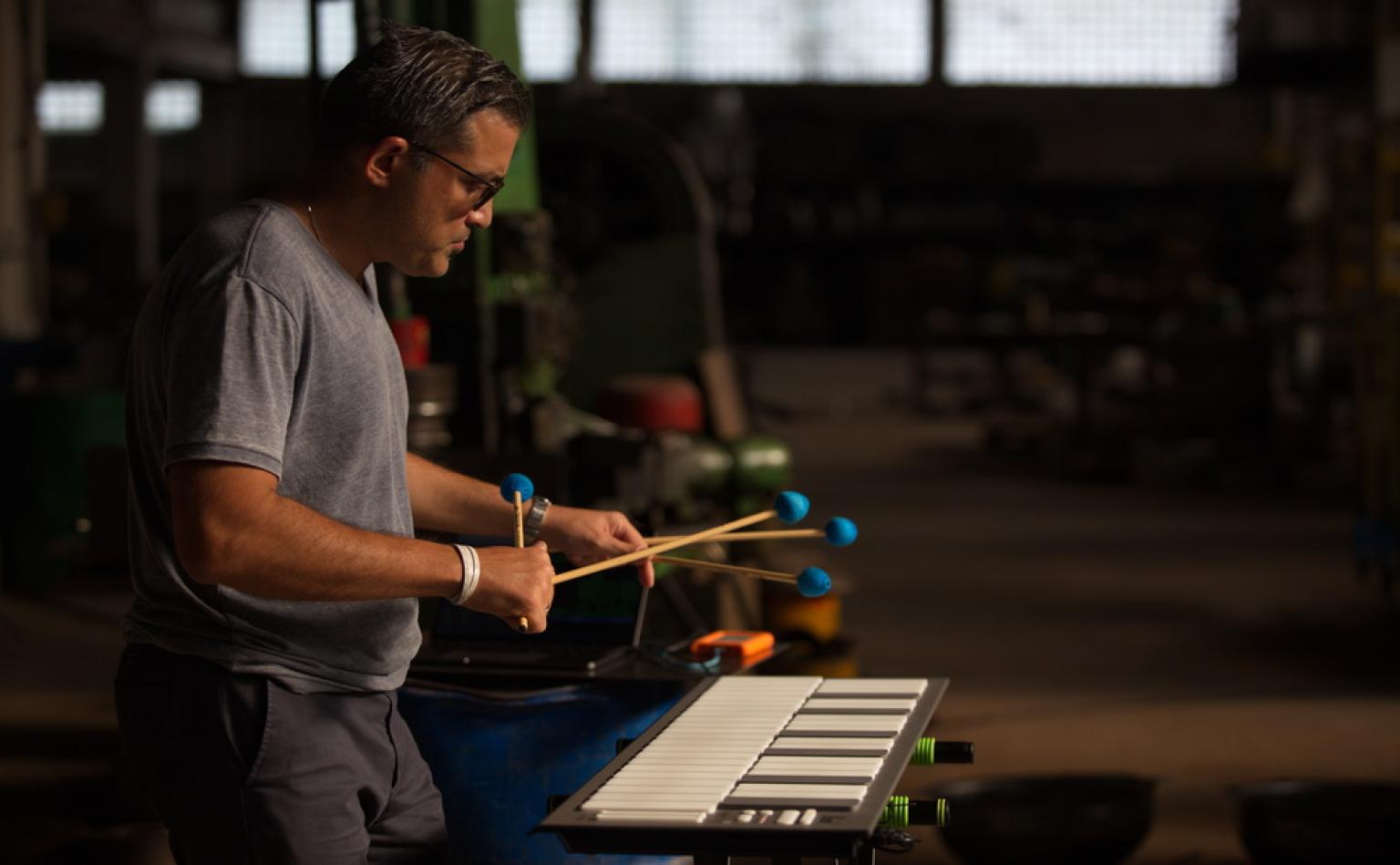 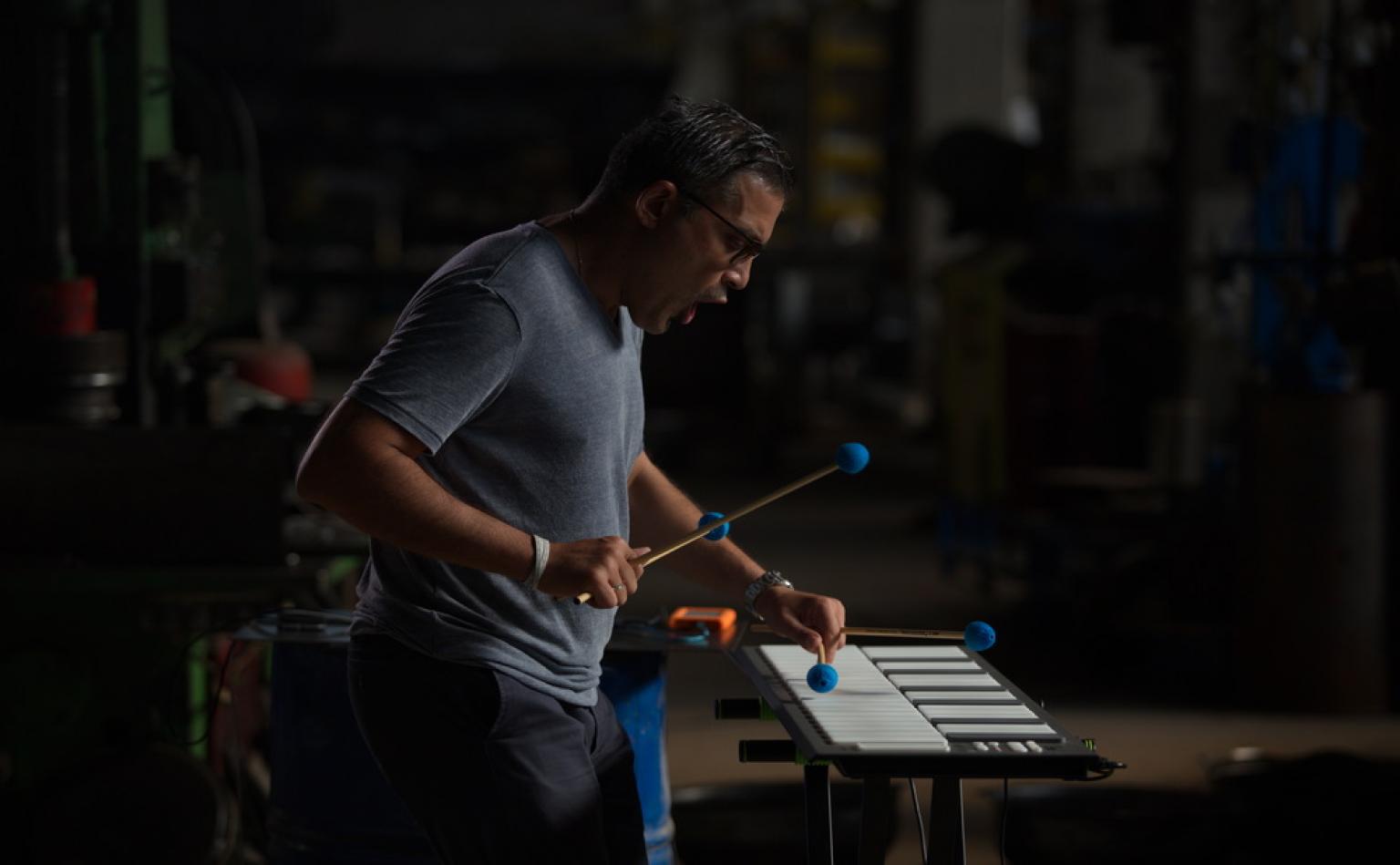 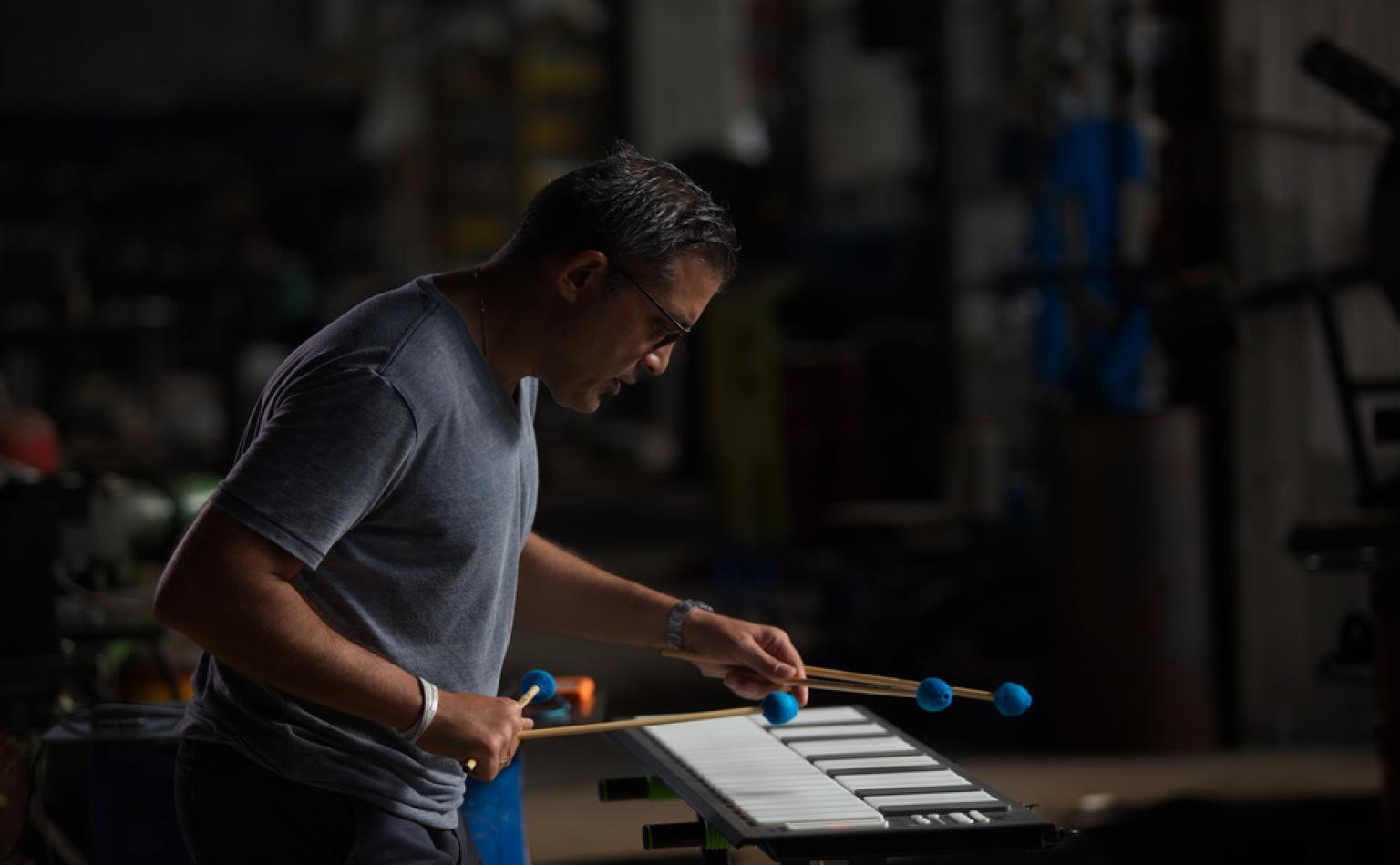