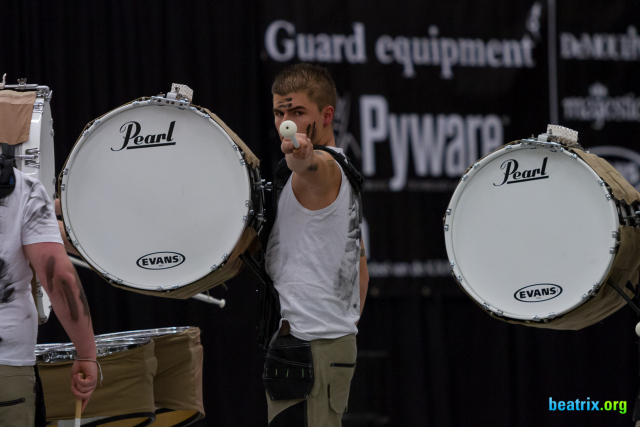 In 1946, just after World War II, the Hilversumse Christelijke Jonge Mannen Vereniging, the H.C.J.M.V., started a Drum and Pipe band. Before the war there was a harmonica association called Excelsior founded in 1929, but during the war they had to stop and decided not to continue this style but start the more popular drum and pipe band. A drum and pipe band consist mainly of percussion and flutes with some horns. (no valve). The uniform was a white shirt and an orange tie. The pants were black. No hats or caps.

During the fifties the horns became more popular. Because there were a lot of Pipe-bands among our liberators, (the Scots) and the director at that time liked that a lot, Beatrix purchase some Pipe-instruments. This part still exist in the completely separated group The Beatrix Pipe Band.

In 1956 there was a lot of interest amongst very young children towards Beatrix, therefore they founded a youth band. They were and are called Jong Beatrix. The intention was that the young people could automatically go to the "Big" sister. In the mean time a new band was formed especially for members who just left the military service. The band is called Jachthoornkorps Hilversum. Only signal horns were used without valves. Flutes were no part of it. To avoid competition within the separate groups the decision was made to transform the drum & pipe band Beatrix into a Drumfanfare. Three valve instruments were bought and also the flutes were still there. A big step forward was achieved when the then famous composer and conductor Pi Scheffer was prepared to write the music for this new setting. This was a big success.

In the mean time Co van der Kolk took over the musical responsibility and since then the Beatrix Band took part at lots of contests. Beatrix Band became the National Champion in 1974,1978 and 1981 at the Wereld Muziek Concours in Kerkrade and became well known in The Netherlands and the rest of the world.

This let to an exchange in 1974/1975 with the Edmonton All Girl Drum and Bugle Corps from Canada. Beatrix Band went overseas to Canada, a unique step during that time. During the seventies and eighties the band became bigger and lots of invitations to perform at big shows and soccer games like the European Championships and a Television show in Vienna with Catherina Valente were booked.

Because of the size of the band, the housing became more and more a problem. The first location was torn down and the new location was to small for the Beatrix Band. After using a church and an old school, Beatrix ended in the Chr. van Krimpen school at the Neuweg. Until today this is still the corpshome of Beatrix.

In 1979 the Beatrix Band was invited to participate in exhibition, at the American competition. Drum Corps International. The influence of that trip caused a big change and the decision was made to transform the Beatrix Band into Beatrix' Drum & Bugle Corps. A special G-tuned setting was purchased and Beatrix' did very spectacular shows. The change was followed by more Showcorps in Holland and a Dutch organisation. Drumcorps Holland was founded. The organisation changed a lot and now several people are responsible to make a good product and to keep the level of music and show very high. Four times the decision was made to participate in the American competition in 1988, 1991, 2000 and 2004. These tours were a fantastic experience and made the Corps improve more and more. Beatrix Drum & Bugle Corps became Dutch Champion 18 times and also competed, after a long absence, at The Wereld Muziek Concours in Kerkrade in 1997 and became 5th overall in the Show Division with 92.3 points.

Beatrix Drum & Bugle Corps took a new direction in 1998, the music which is performed is easy listening and the show is adjusted to be able to perform at smaller sites. That year Beatrix' became Champion of the Low Lands in Hamont-Belgium with 96,5 points. Beatrix' participated in the Wereld Muziek Concours in Kerkrade of 2005. They won a first price with compliments of the Jury and achieved a score of 91.380 points in the Corps Style Class Championship Division.

Beatrix' is an association where a good sphere and performing go hand in hand. The corps is a group of young people with an average age of 19 years. Beatrix' is doing performances on several contests and tattoos and is a showcorps. On the schedule you will find gigs in The Netherlands but also abroad. The performed in Amerika, Canada, Germany, France, Belgium, UK, Switzerland and Austria. These performances are often a reason to make it a weekend. Those weekends are very nice and good for the sphere in the corps. Each year Beatrix' goal is to do an entertaining show on the field. Theater on the field with quick drill and big effects. This style is coming from Amerika. American writers' arrange the music but Dutch hands make the show. Beatrix' exists of around 85 members. You don't need an education to join this corps. To be a member of Beatrix' is an experience you will never forget. A group of friends who work very hard and have a lot of fun. The percussion of Beatrix' can be split in a field- and pitpercussion. On the field the percussion is a big part of the showfigures and they are a essential part of the visual picture. The field percussion excists of tuned bassdrums, quints, snares and cymbels. The "pit", also called front ensemble, exists of the following instruments: xylophones, vibraphones, bells, conga, timpany etc. They are a supporting the melodies in the corps. Beatrix' is using rudimental drumming. Timing, dynamics and musicality are the characters for the percussion. The percussion what Beatrix' is using is Pearl. 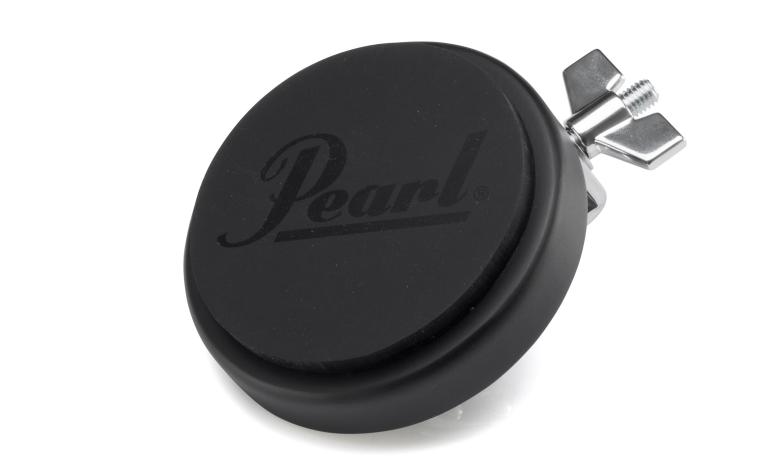 Designed in collaboration with Pearl Artist and acclaimed percussionist Lalo Davila, the Quick Mount Rehearsal Pad provides a convenient way to practice an excerpt or keep your hands warm. The small, 3.5" diameter pad stows away easily and mounts to any 3/8" post for convenient positioning. 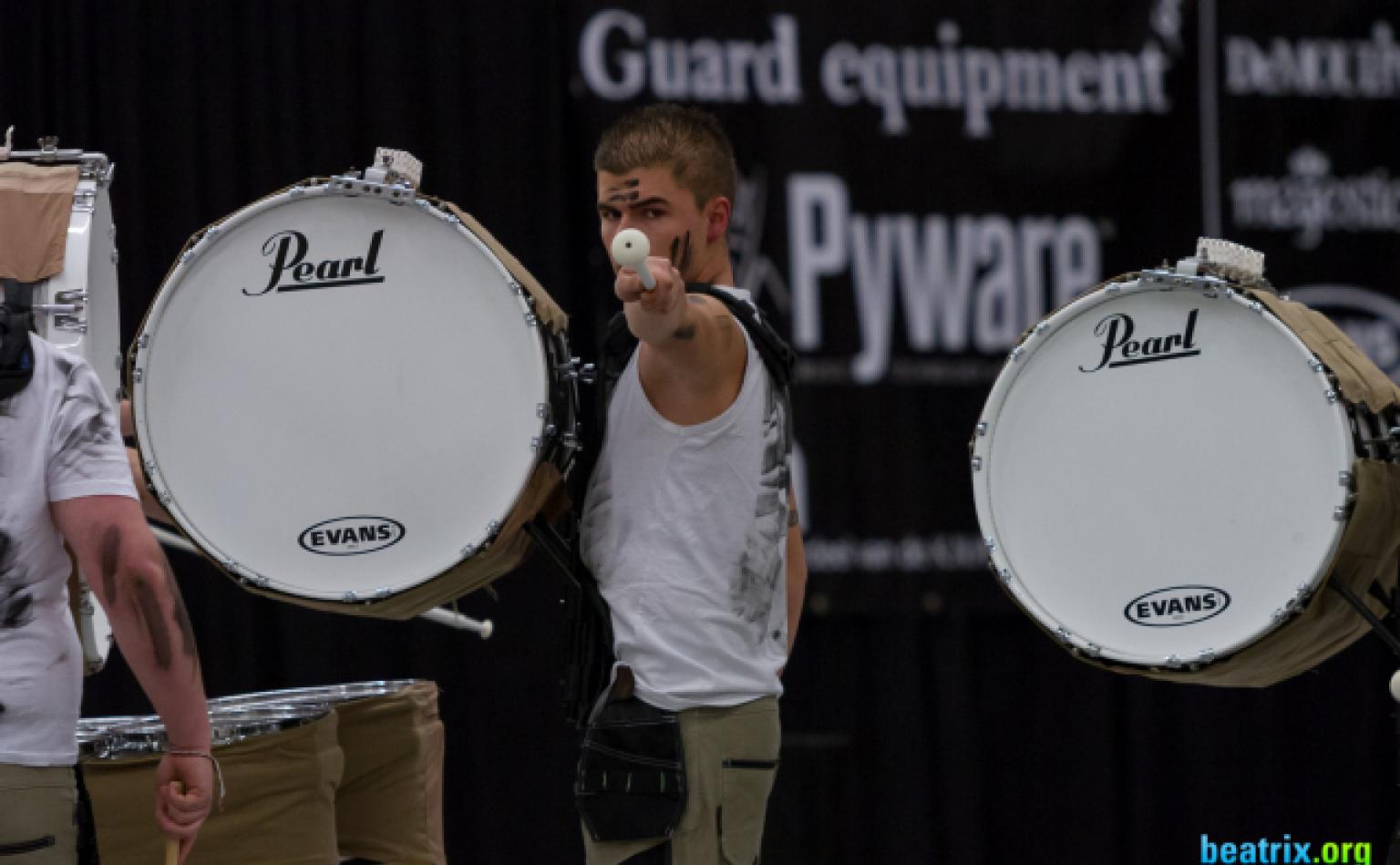 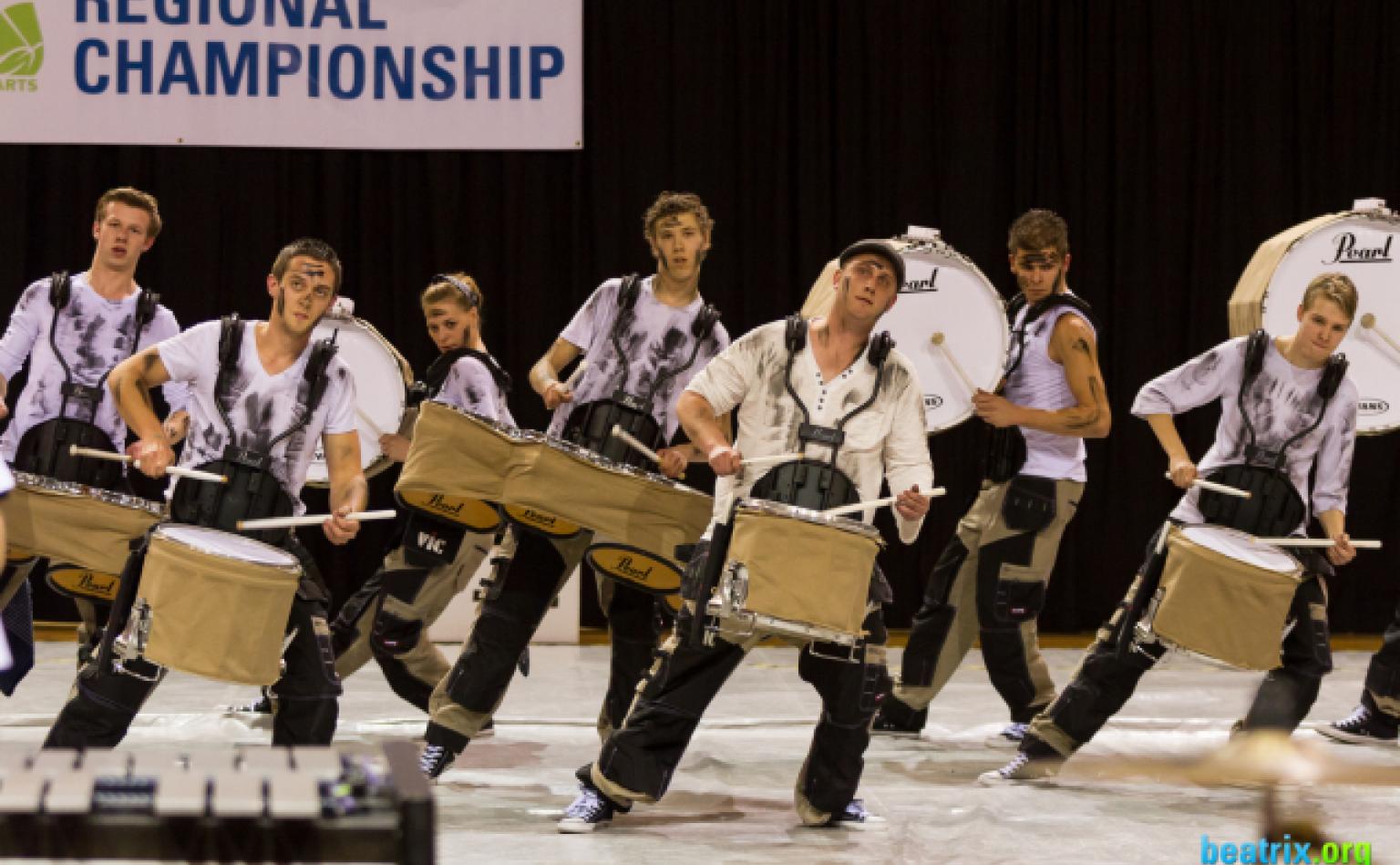 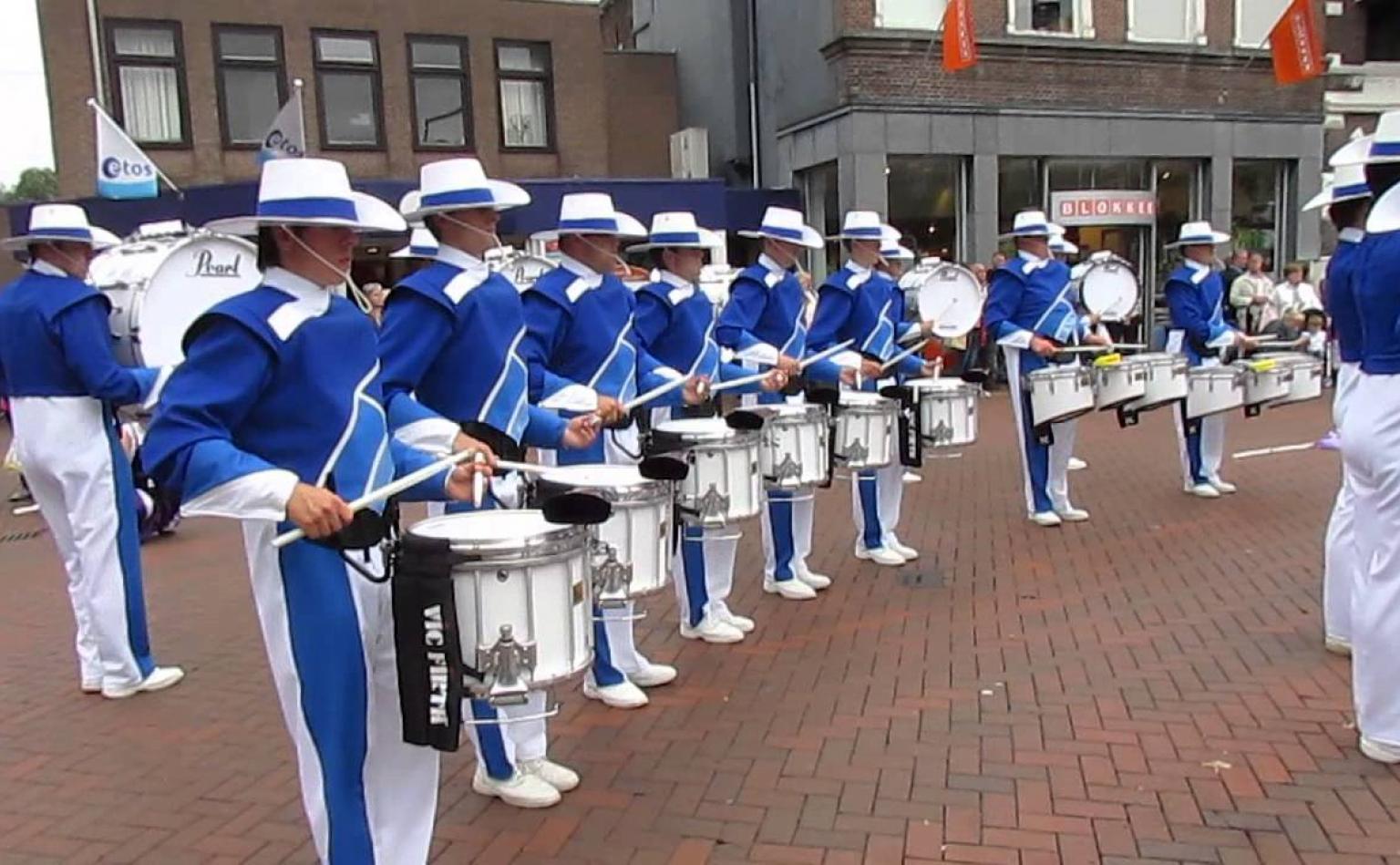