Born in June 1991 in Le Puy En Velay, France, Kevin has started to play drums when he was 6 years old. His first influences were Queen, ZZ Top, Mr.Big, Def Leppard etc. He followed drum lessons at the state conservatory of Lozère during 12 years. His teacher Michel Blanc, used Dante Agostini method, and is a very skilled experimental jazz drummer. Discovering bands like Deep Purple, Led Zeppelin, Accept or Iron Maiden, Kevin was at that time continuing his journey through Heavy Metal and Rock Music.

At 21 years old, more familiar with extreme metal drumming, Kevin left “Dead Talking Mind” and joined thrash metal band “Deadlysins”, recording one album with them, during the 3 years he spend with the band. In 2013, he joined “The Seven Gates”, a Death Metal band from Lyon, releasing at that time a Drum Play-through of the song “Polymorph Demon”, which allowed his name to be better known. About the same time, Kevin has also joined “Death Lab”, Technical Death Metal from Bordeaux. Leaving “The Seven Gates”, his previous work allowed Kevin to start a more professional career. Hence, also in 2013, Kevin has started to work with “Benighted” as a live session drummer, and 2014 was the year of Kevin’s first European tour, as a session drummer, with “Seth”, Black Metal from Bordeaux.

The same year he joined Blackened Death Metal band from Nice “Svart Crown”, which he has recorded one album with, “Abreaction” (Century Media), toured Europe 2 times in 2014 and 2015, and the US 2 times in 2015 and 2017. During this period of time, Kevin has also joined Blackened Death Metal french band “Mithridatic” (2013), recording album “Miserable Miracle” (2016 - Kaotoxin records) and « Tetanos Mystique » (2019 - Xenokorp records), and live album “He Who Lies Underneath” , (2018). Kevin has also joined french Death Metal pioneer “Agressor” (2014), and founded with friends from Dead Talking Mind Progressive Metal band “The Arisen” (2014).

By the end of 2017, having left Svart Crown, Kevin has joined Benighted as a permanent drummer, recording studio and live EP « Dogs Always Bite Harder Than Their Master » (2018, Season Of Mist records), and full length album « Obscene Repressed » (2020, Season Of Mist records) In 2018, he did his fifth Europe tour with Benighted, the successful “Hell Over Europe II” tour, and did a third US tour in 2019 « Hell Over North America ».

During his career, Kevin has shown his ability to play fast for long period of time, unofficially breaking world record of strokes played in 1min (1037 strokes) and in 5min (4797 strokes), in the meantime of keeping his former influences in Fusion, Jazz and Rock and Heavy Metal music to bring diversity to his Extreme Metal drumming. Kevin has also shown his sense of creativity with the use of the « breathing drum technique » in song « I Will Harm » by Mithridatic or in drum solo « Magma Maléfique » ; a sense of creativity that he has also shown in his video « 50 shades of blast beat » which is a demonstration of how far we can go with the classic Death Metal drumming
pattern: the blast beat. 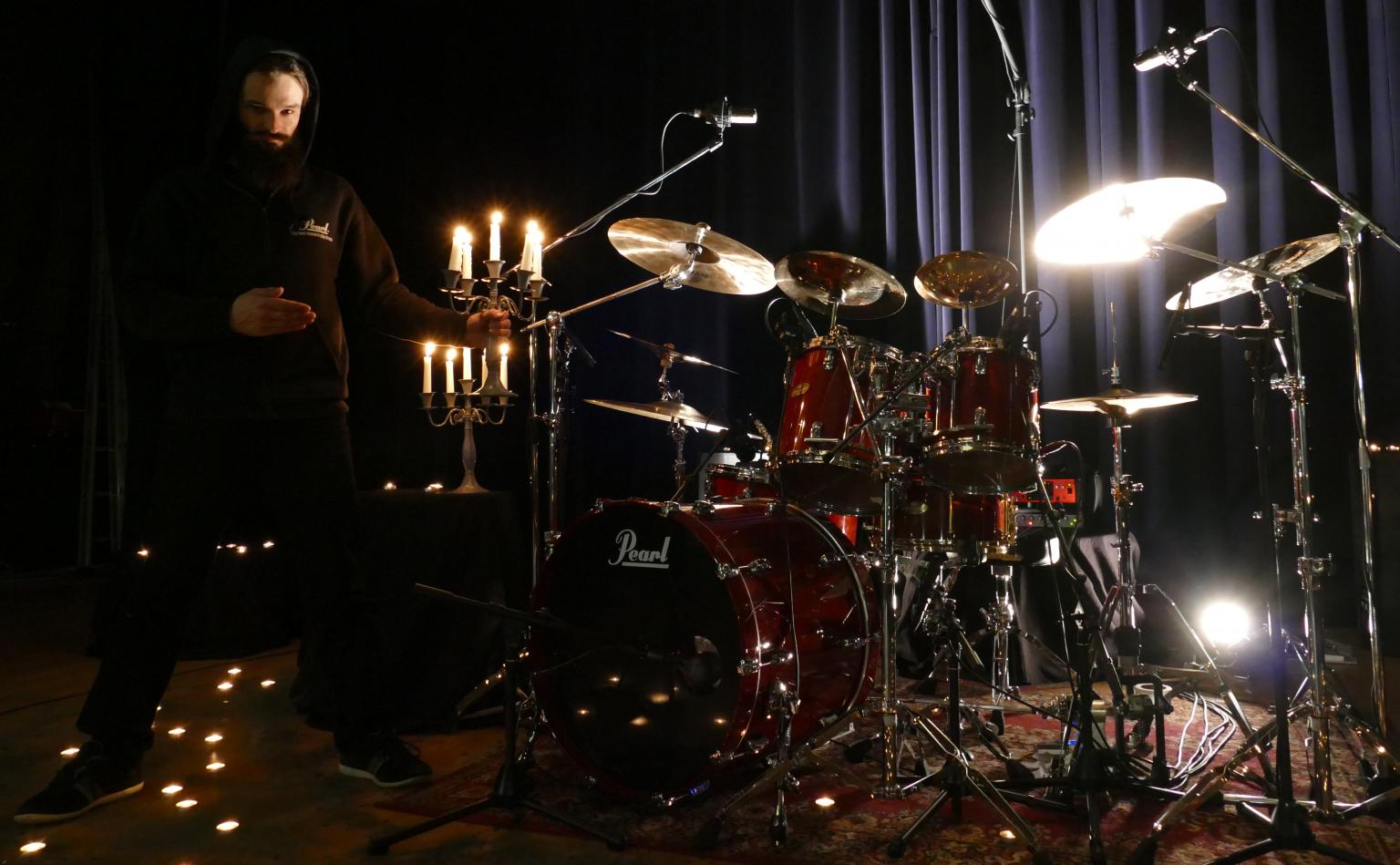