Gianni was born in Mantua on October 1, 1945, and began to play drums at 6 years old. In 1957, after listening to the first rock & roll records, he studied those songs listening carefully to Little Richard's drummer, Elvis Presley, Fast Domino, Eddie Cochran. In 1959 he played with the Mantuan group the Original Quartet and at only 14 he became the drummer of Adriano Celentano. In 1960 I Ribelli was born and recorded his first album in 1961 with Colin Hicks brother of Tommy Steele. The collaboration with Celentano continued for a good part of Dall'Aglio's artistic career, appearing alongside him in the films "A strange guy", "Geppo il folle", "Joan lui", Tours, and also in recent television shows (Rock Night in 1991, Svalutation in 1992, Frankly I don't care in 1999, 125 million caz..te in 2001, Rockpolitik in 2005). Sanremo Festival (2012), "Rock Economy" Live Arena of Verona (8/9 October 2012), "Adrian" (2019).

In 1966 the Rebels left the Clan Celentano record label to switch to Dischi Ricordi and in 1967 Dall'Aglio wrote with Luciano Beretta and Ricky Gianco ' Pugni Closed ', a song that will be sung for several generations to the present day, also recorded by Piero Pelù, Lee Konitz, Gianna Nannini, The Pooh, Iva Zanicchi, Francesco Renga.

1967 is a year full of events, Gianni married Orietta Ravenna on June 18 and Iris was born in November.

The Rebels dissolved in 1970 to reconstitute themselves in 1977 and record the single 'Calore' and 'Illusion' Ricordi label. They will return in 1986 with a live album recorded in Bellinzona and produced by Giorgio Fieschi, in 1979 for the Ciao Record label Giorgio had also produced a new single from Dall'Aglio 'Taking a chance with love'.

Over the years Gianni will collaborate with numerous other Italian artists, including Lucio Battisti, with whom he will work from 1968 to 1975 playing the drums in lots of his successes. In April 1972 he will be one of the 'five friends from Milan' alongside Lucio and Mina in the historic television duet at Teatro 10 and in December of the same year he will still play alongside Battisti in the Supersonic radio program, Battisti's last live performance in Italy.

Session man in great demand, Dall'Aglio in addition to Celentano and Battisti records records with Mina, Patty Pravo, Ivano Fossati, Pierangelo Bertoli, Concato, Bertè, Mia Martini, Angelo Branduardi, Little Tony, Bruno Lauzi. From 1962 to 1966 he would also record all the records for the Clan artists, Don Backy, Gino Santercole, Milena Cantù, Pilade, Ico Cerutti, Claudia Mori and many others, often performing on Italian tours with many of them.

In 1969 a band made up of musicians from various bands, I Giganti, DikDik, Equipe84, will be part of the 'Supergroup'.

He also began a solo career, making his debut in 1970.

In 1971 Dall'Aglio made his first solo album, 'Sera, morning' with a progressive flavor for Love Records, partly recorded at his home and in the Phonogram studios, reissued in 1993 on CD by Mellow. In 1977 he is playing the drums alongside Patty Pravo in one of the most beautiful songs interpreted by the Venetian artist, Pensiero stupendo; in 1980 he plays in the album Certi moments by Pierangelo Bertoli.

Currently Dall'Aglio runs a drum school in Mantua. In January 2009 during the RaiUno Festa Italiana television broadcast, he presented the new double CD by Ribelli entitled I Ribelli cantano Adriano, one of which with the covers of Adriano Celentano's hits and the other with their hits (Aereostella label). In addition to the Rebels, Gianni performs another project to remember Lucio Battisti together with the guitarist Massimo Luca to tell anecdotes and unforgettable music lived alongside the great artist. 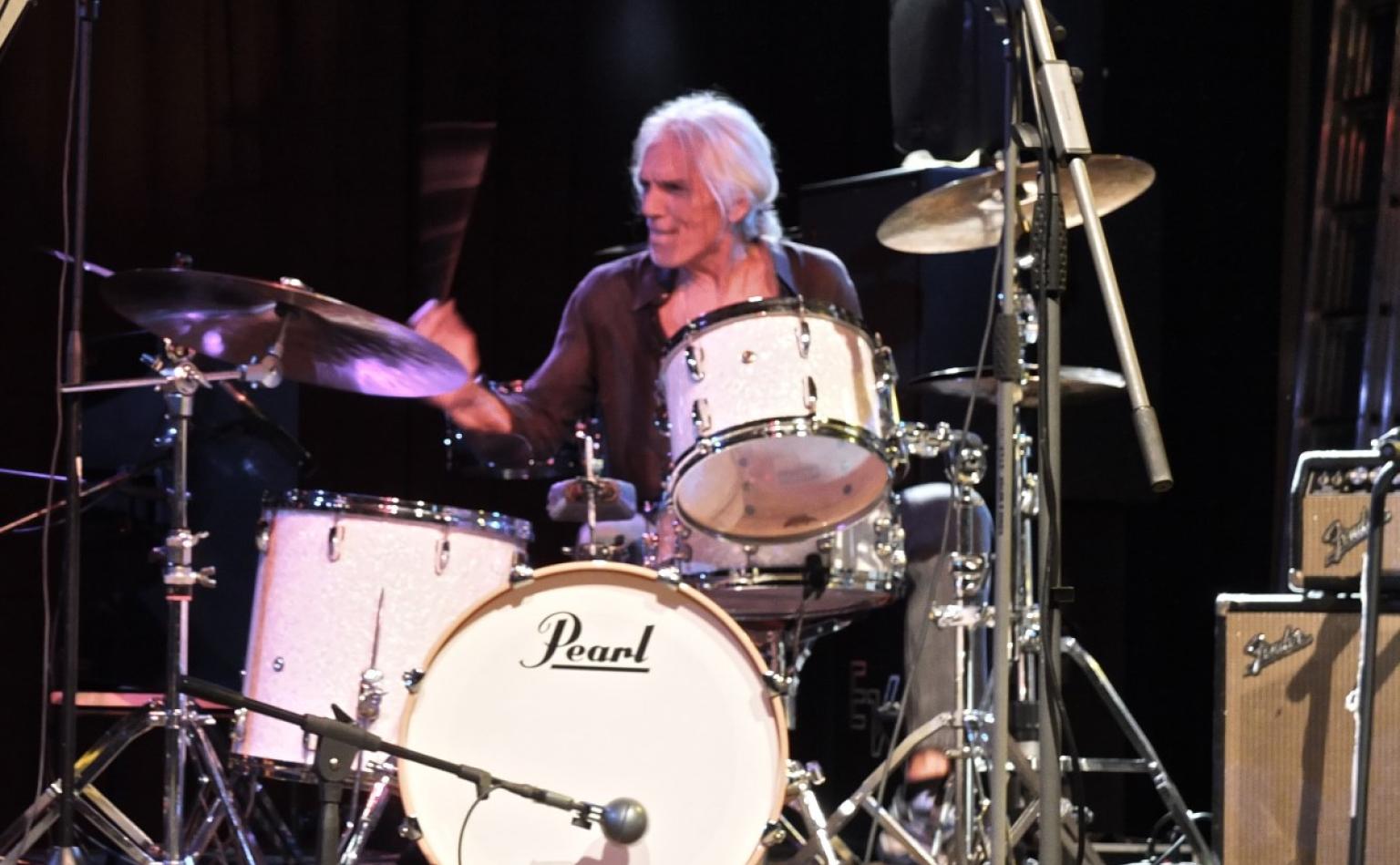