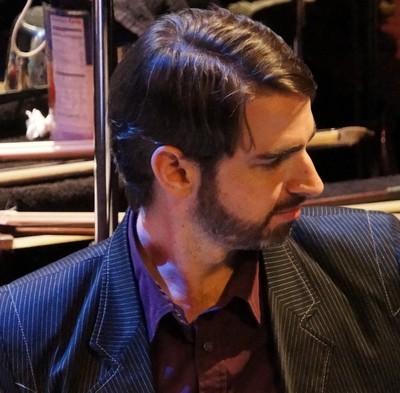 Owen Clayton Condon made his solo debut in 1996 with the Louisville Symphony Orchestra after winning the orchestra's Young Artist Competition. In 2000 he won the New England Conservatory Concerto Competition, and performed with the Conservatory's Symphony Orchestra in Jordan Hall. Owen performs with the Millennium Chamber Players, and has performed with the Civic Orchestra of Chicago, the University of Chicago's Contempo series, and as a guest artist with eighth blackbird.

Recently, he performed on behalf of Northwestern University at the Kennedy Center in Washington D.C. He holds a Master of Music degree from Northwestern University and a Bachelor of Music degree from the New England Conservatory, where he studied with Frank Epstein and Will Hudgins. Owen is completing his Doctorate of Music at Northwestern, where he studied with Michael Burritt and James Ross. He is currently the Director of Percussion Studies at Northeastern Illinois University in Chicago.