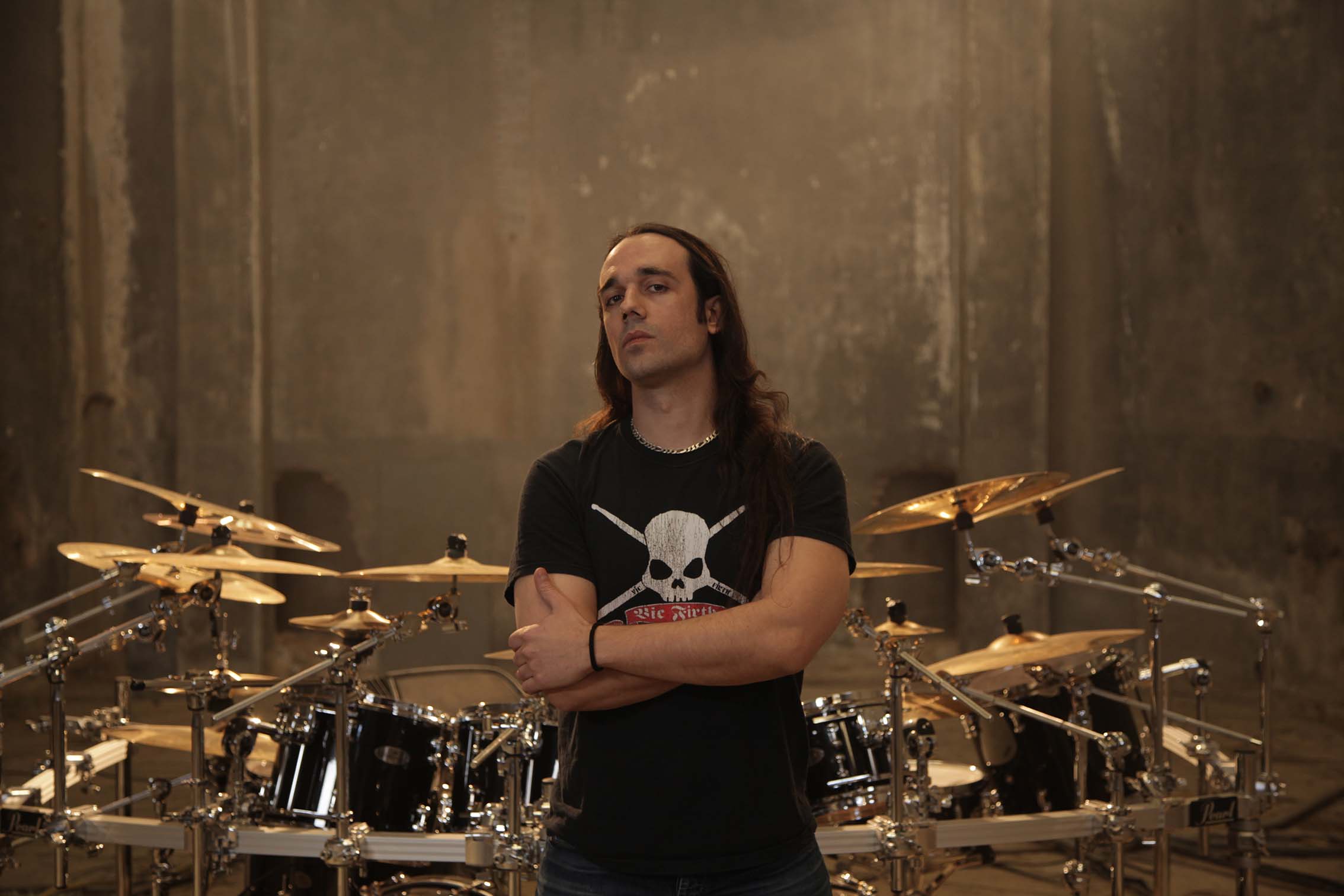 Well known as one of the leaders of Extreme Metal Drumming, George Kollias remains at the top of today’s Metal scene and goes way beyond that with his band NILE.

Born in Korinthos/Greece in August 1977, George got his first drum kit at the age of 12 having already a 2-year background in music as a guitar player. Being a member of a local Death Metal band by that time, Extremity Obsession, George started showing his talent on drums really quick and he was also the main songwriter and singer of the band.

Having studied with the Greek jazz master Yannis Stavropoulos, George started to explore new elements in music and adding them in his drumming brining a whole new vibe in the extreme metal scene. Very soon, he started teaching drums in a local Music School in Korinthos.

In 2000, George moves in Athens and joins Nightfall where he recorded 2 albums with them, "I Am Jesus" and "Lyssa-Rural Gods and Astonish Punishments" and he did several shows and big festivals as Wacken Open Air and Rockwave Festival. At the same time, he forms an extreme Death Metal band, Sickening Horror and he started doing several Drum Sessions for many bands in order to get more studio experience in different styles of music. With Sickening Horror he recorded their debut "When Landscapes Bled Backwards" and a "Promo cd". George's drumming was already known for his technical approach, precision, speed and the necessary musicality no matter if it was Rock or Extreme Metal music.

In August 2004, George joins the US Death Metallers NILE and he moves to the States in order to record their new album "Annihilation of the Wicked". Right after the album is finished, he started touring worldwide in places such Europe, North and South America, Australia, Japan and more. Not much later, he started doing Drum Clinics revealing his teaching method and drumming approach to all new drummers worldwide.

In 2006 he joins Athens' Modern Music School and starts the Extreme Drumming Department, doing another big step in order to bring extreme drumming in Schools, something that turned to a big success.

In spring 2007, Nile records their new album "Ithyphallic" and right after that they jump on the "Ozzfest" tour as being the first extreme metal band who joins this big festival. "Ithyphallic" came as a sandstorm to the ears of every fan and pretty soon Nile gets again on the road for several headline shows in all over the world, under the flag of their new label Nuclear Blast. In the meantime George started jamming with various well known musicians and recording demos and started his own jazz/fusion project with Greek guitarist Mike Papadopoulos.

One year later, George releases his first instructional drum DVD "Intense Metal Drumming", a three and a half hour instructional DVD including everything that drummers would like to see from him and many more, getting incredible comments from all his fans and press like Modern Drummer Magazine. At the same time, he launches his official Drum Forum on GeorgeKollias.com and his Online Lessons where drummers from all around the world have the opportunity to study with him.

Nile's latest album "Those Who the Gods Detest" contains George's best performance yet, the album came out in 2009 and set new levels on Extreme Metal music. With this album Nile got a step further and their official video debuts on MTV where it stayed for 11 weeks

Today George is an active Touring musician, drummer of Nile and a Drum Instructor at Modern Music School and a Worldwide Clinician. He also started his own project writing and playing all the music by himself and songs like "Aeons of Burning Galaxies" and "Shall Rise-Shall Be Dead" have already done their debut getting incredible comments and showing the level of George's musical talent. 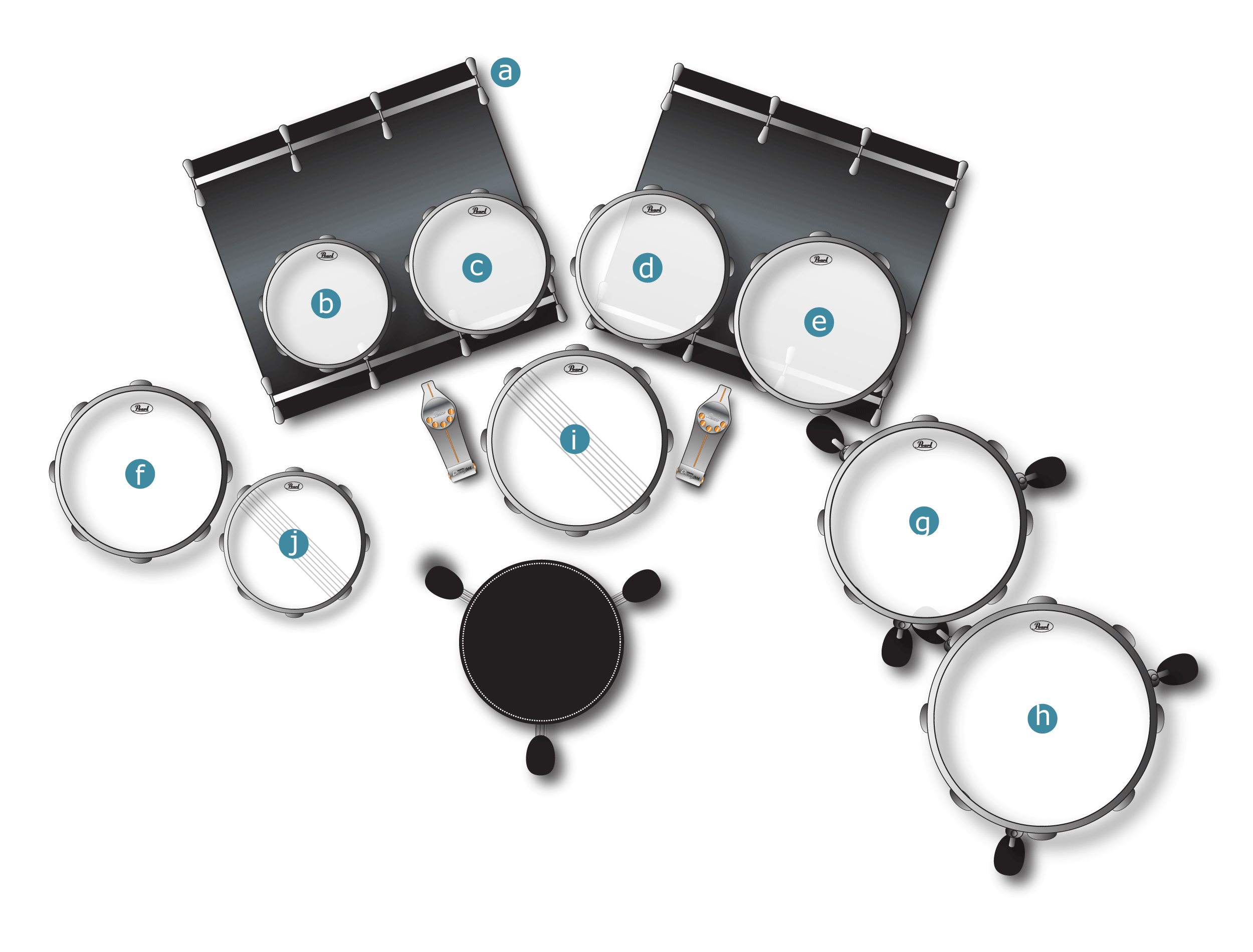 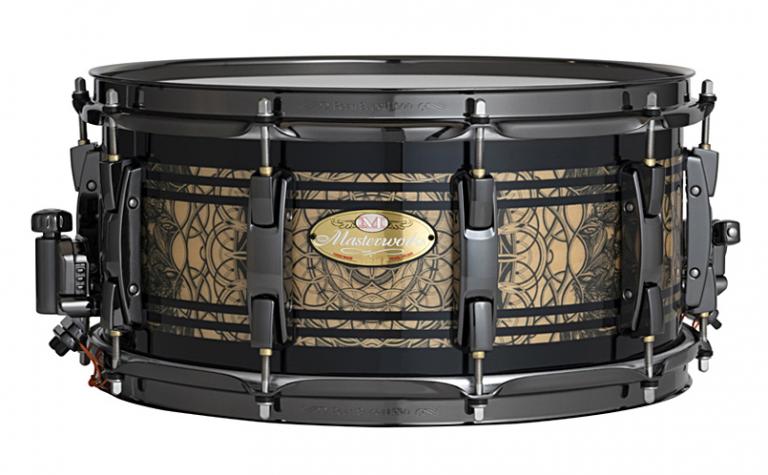 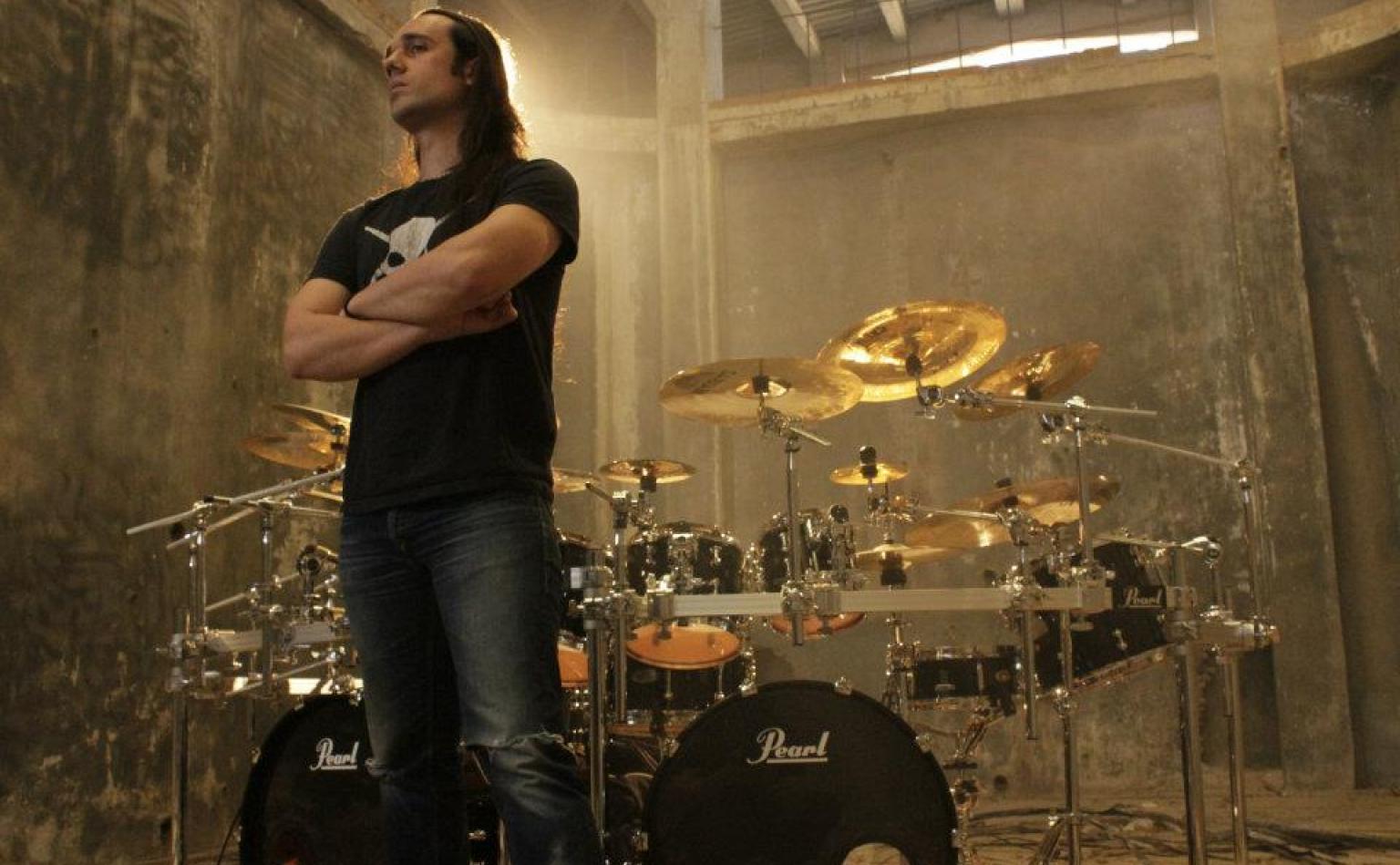 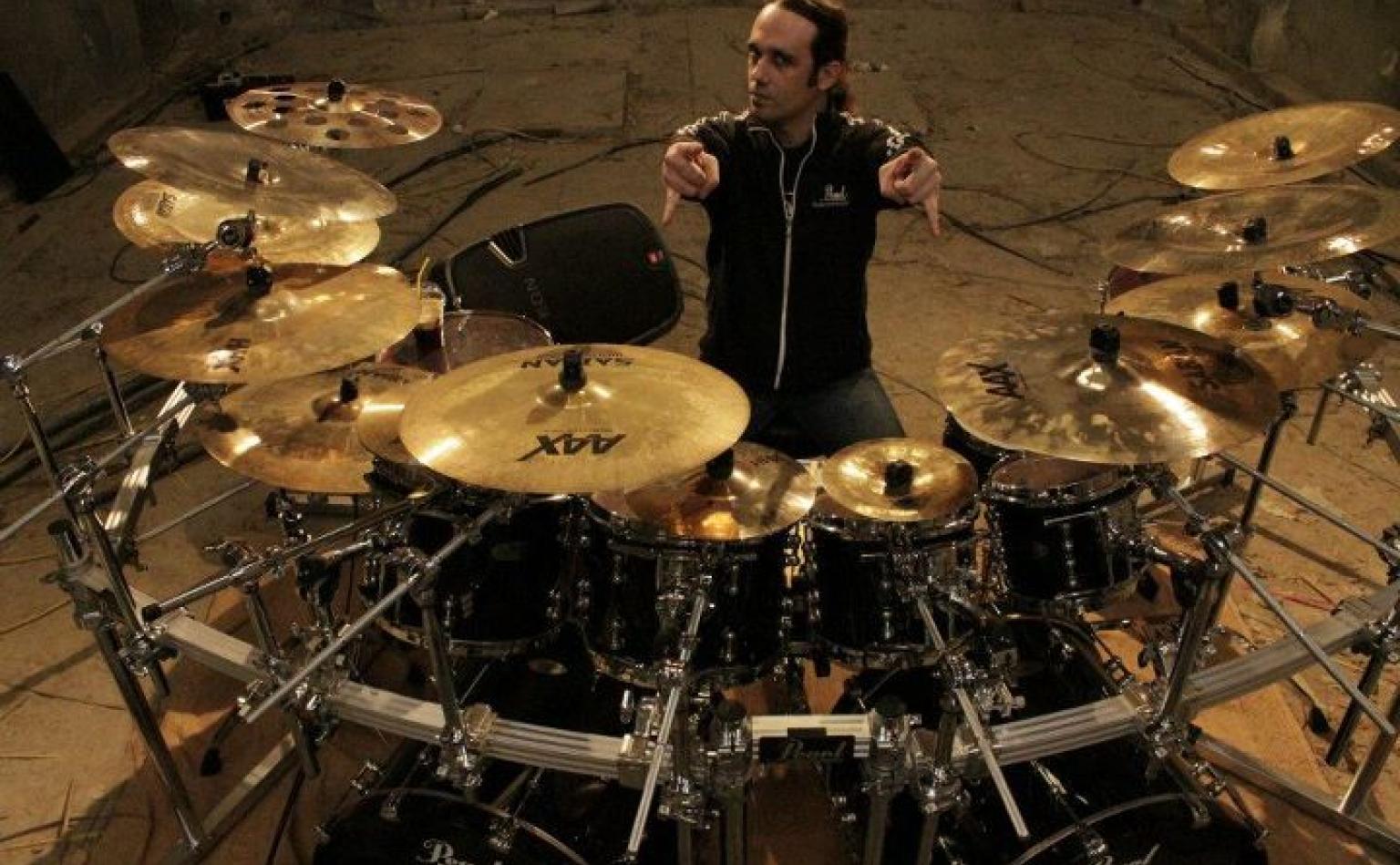 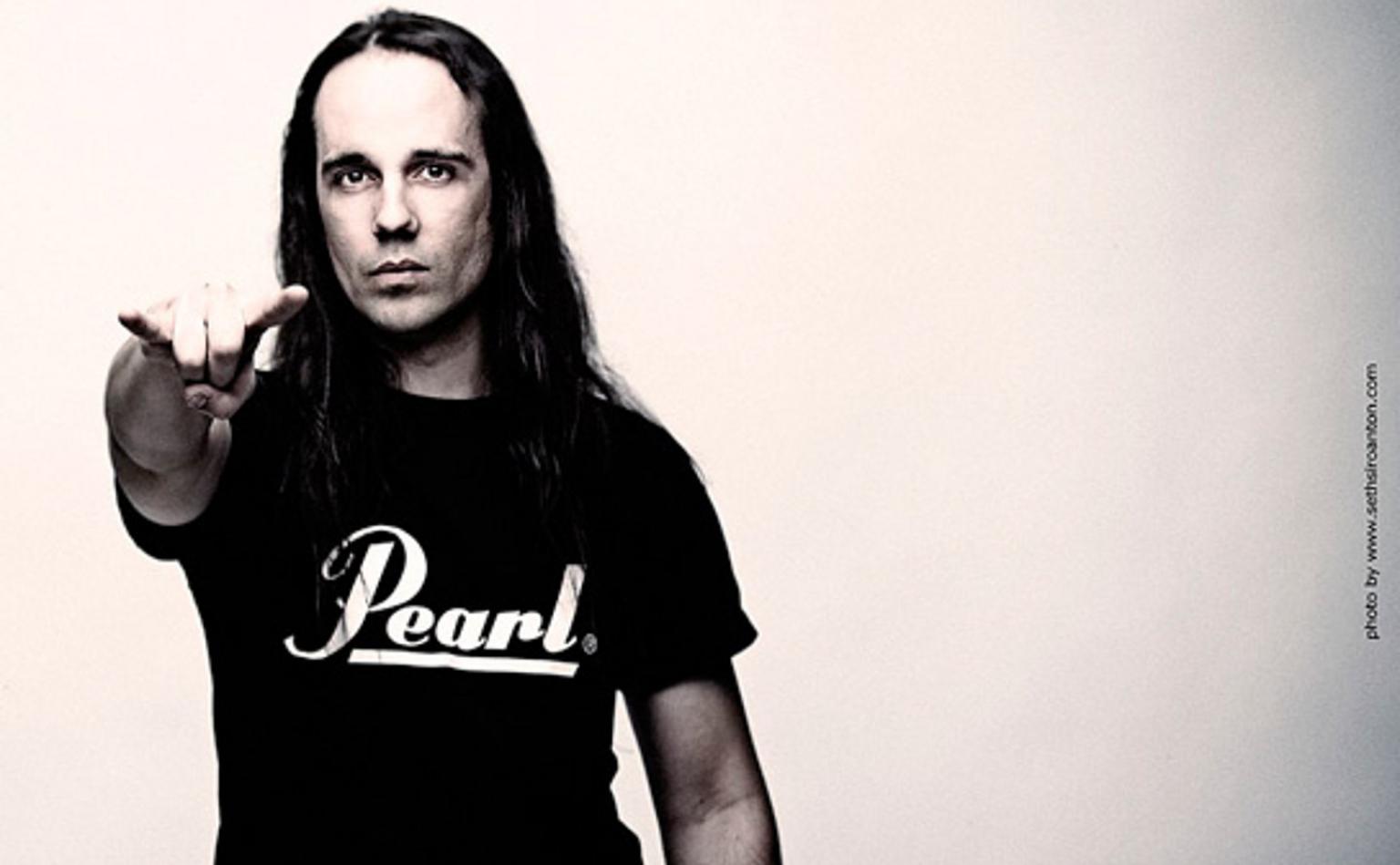 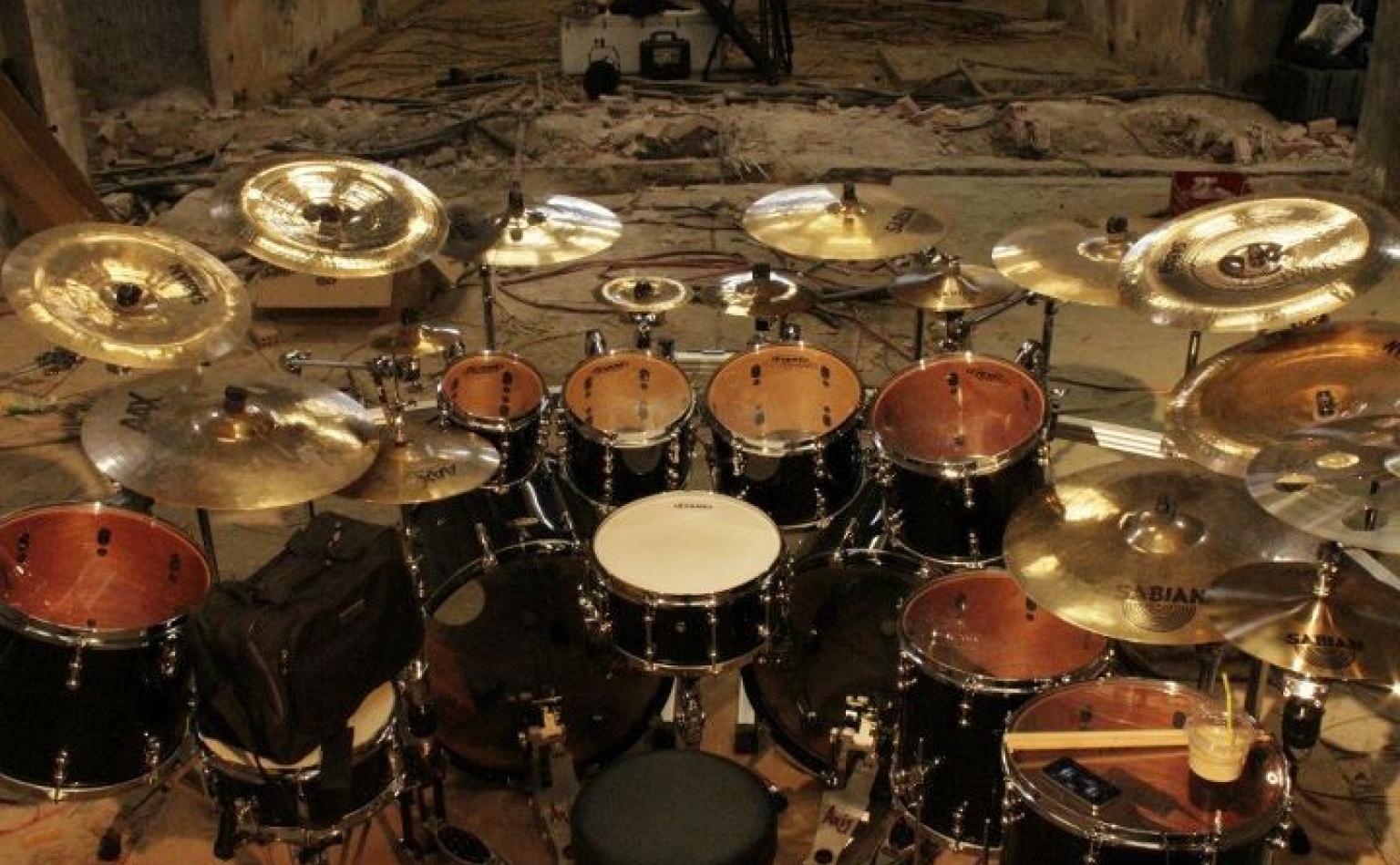 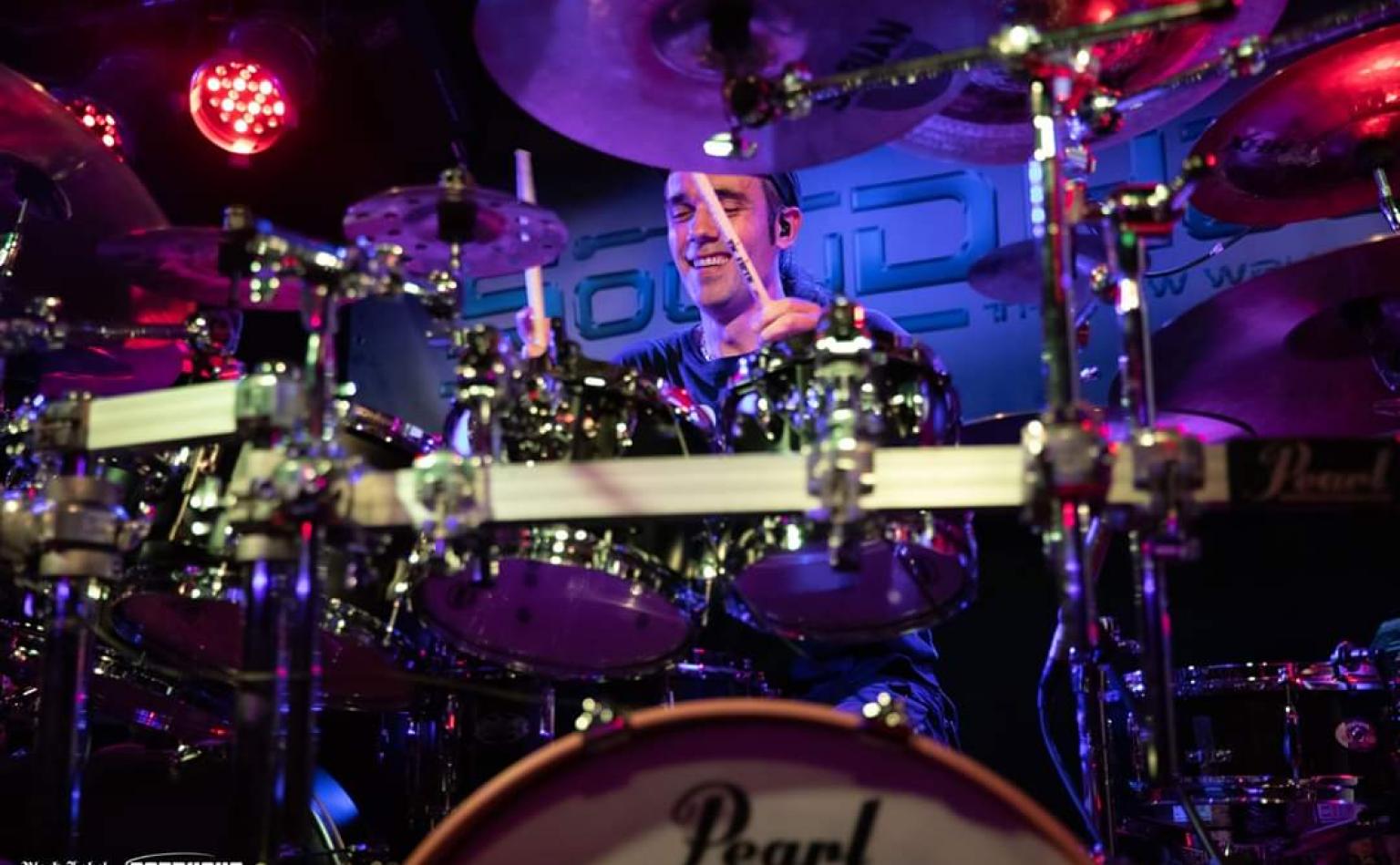 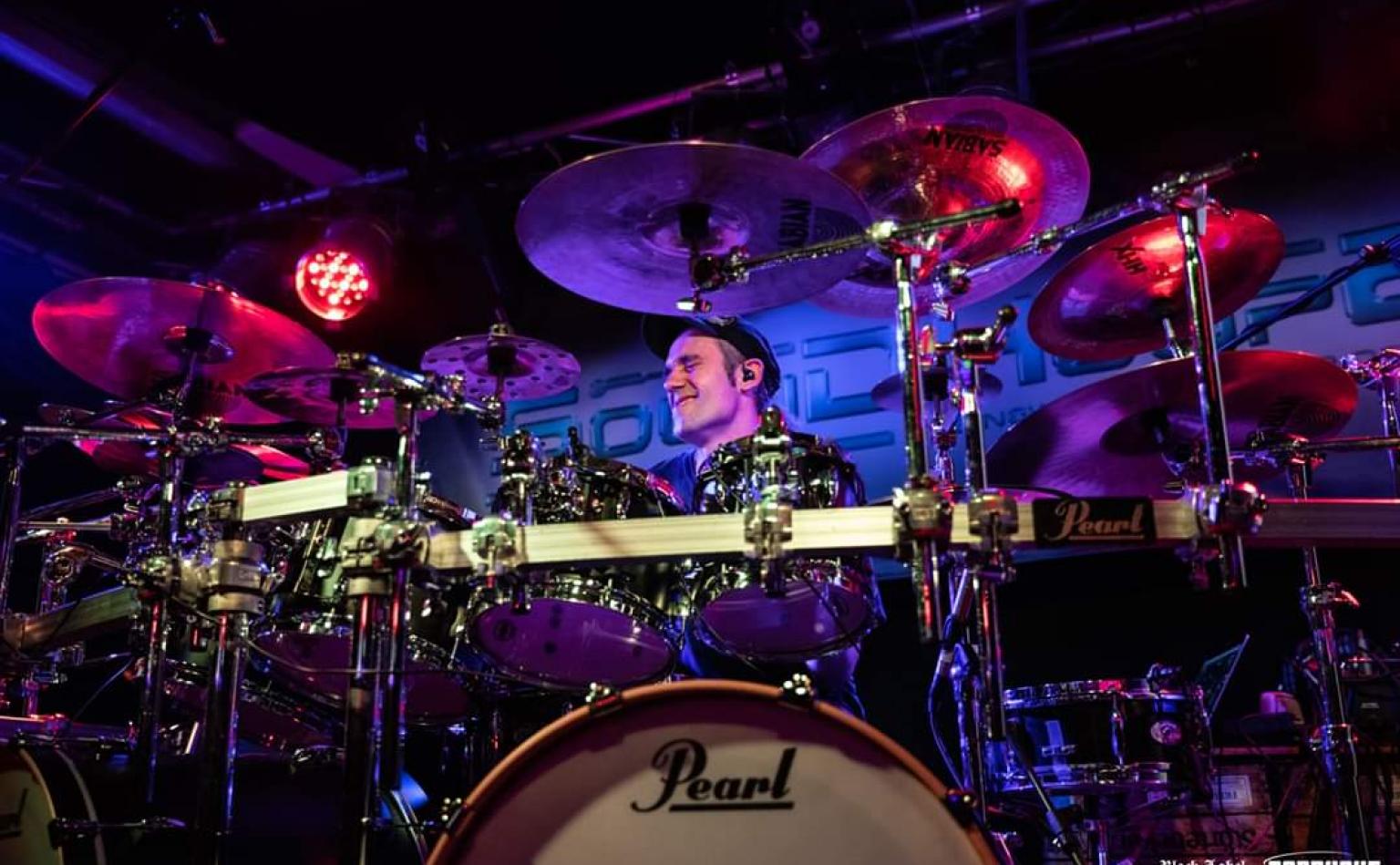 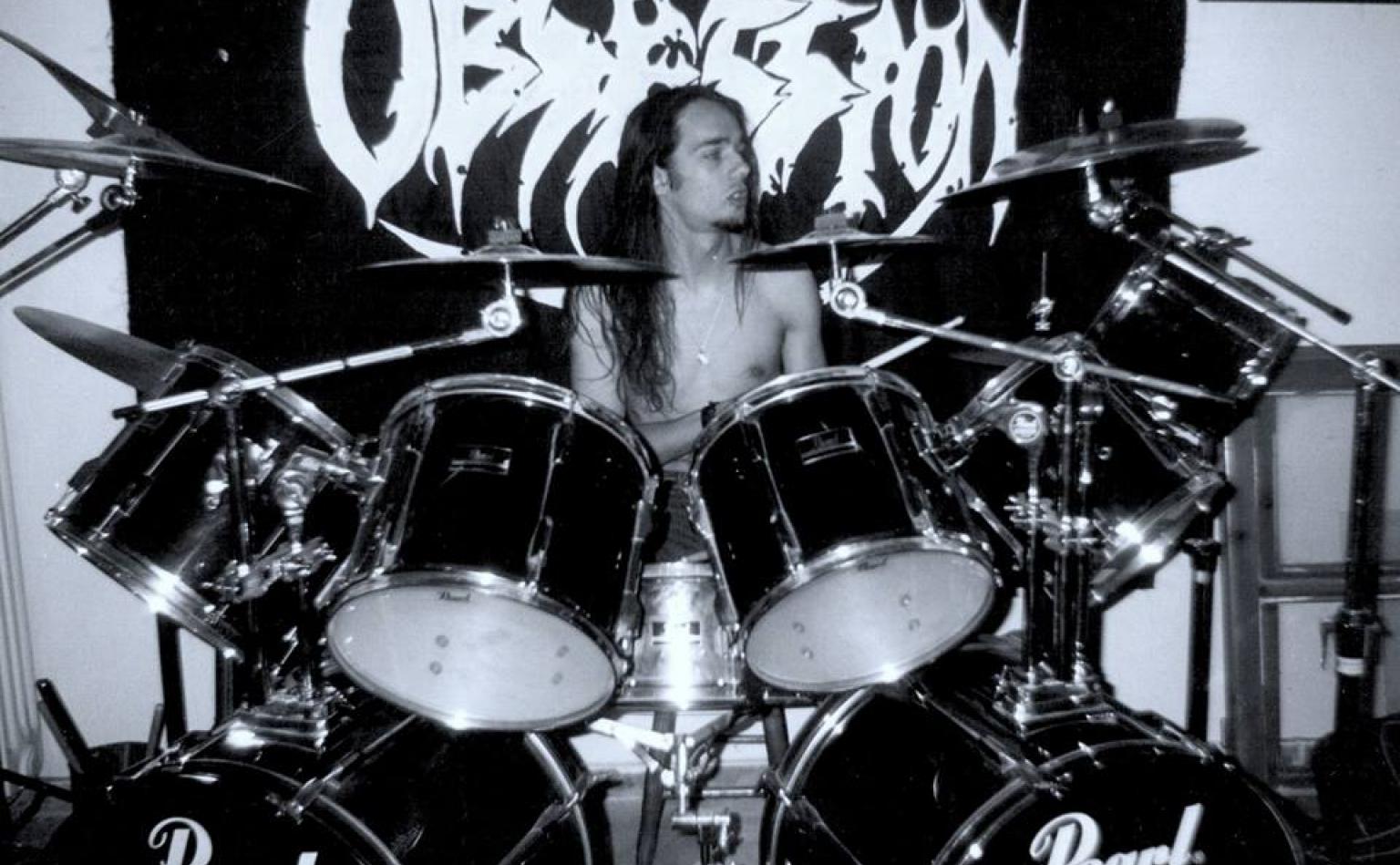 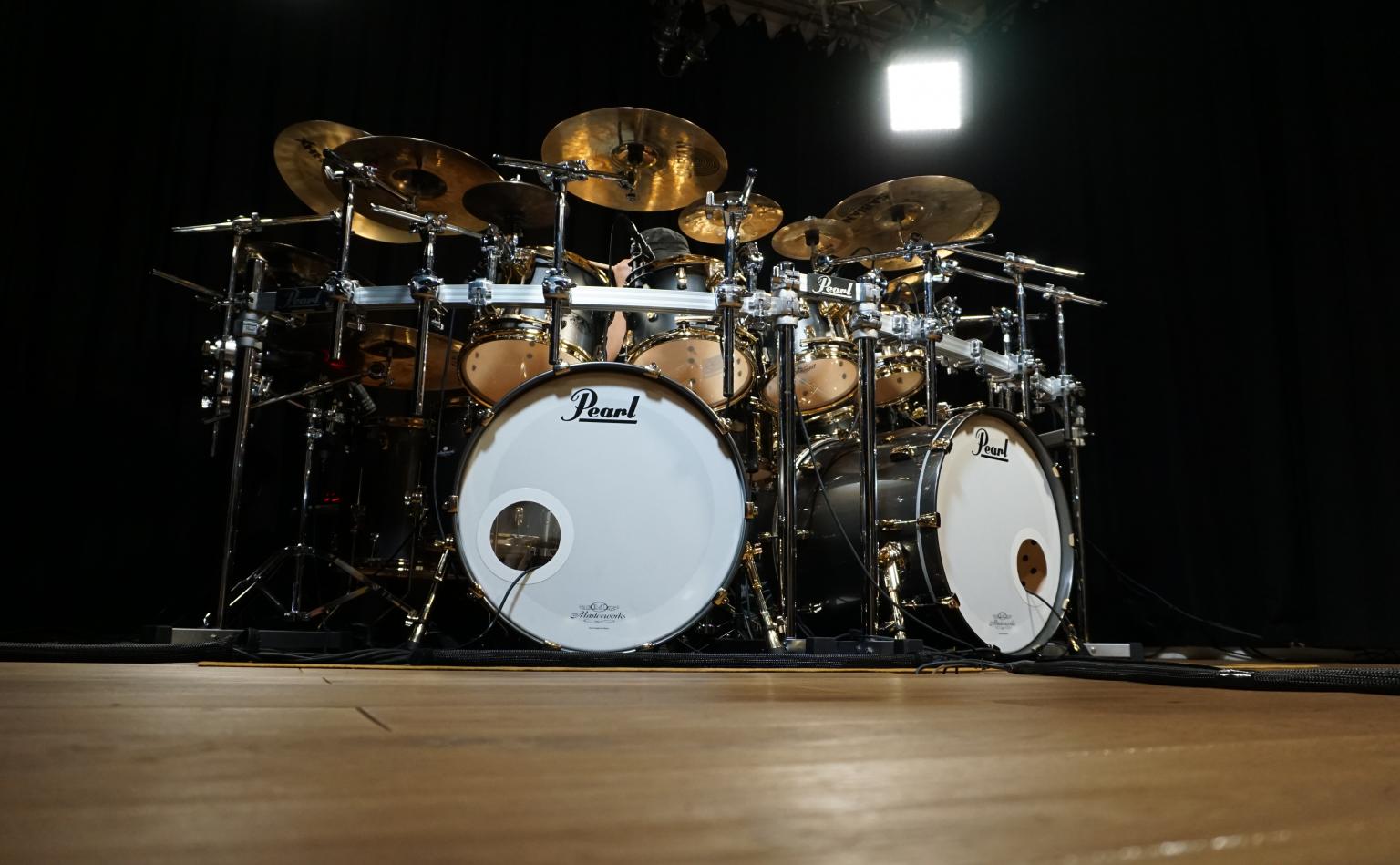 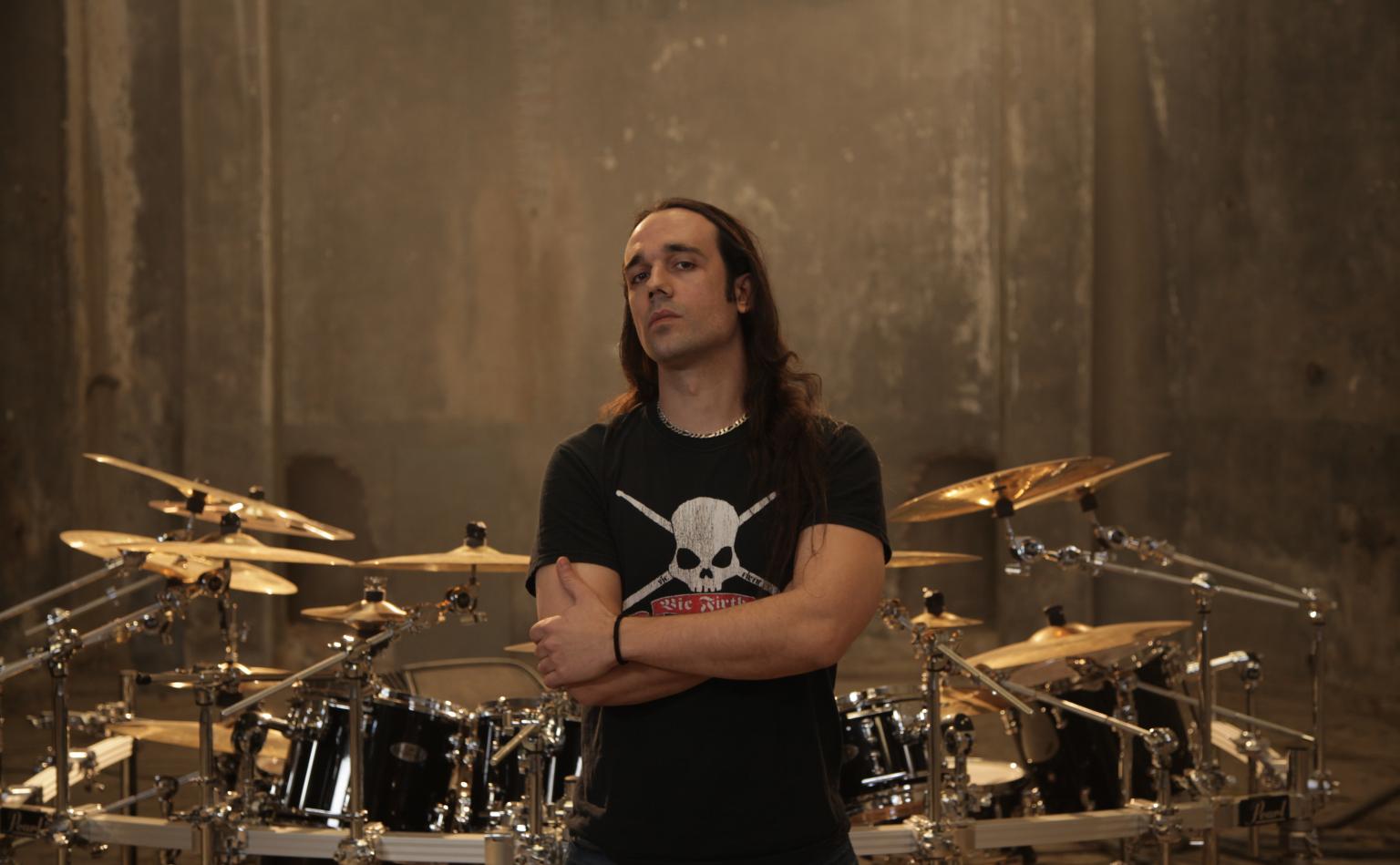