Combat Sports is the sound of The Vaccines being The Vaccines. Their fourth album is the sound of one of the defining British rock and roll bands of their generation at full throttle, setting aside pop experiments and concentrating on what caused the rabid excitement at their arrival in 2010. Combat Sports is a record of guitars, of brevity, of speed, of breathless excitement.

“We rediscovered who we were and what kind of band we wanted to be,” says singer, songwriter and rhythm guitarist Justin Young. “We wanted to make a record to solidify that in our minds, and the minds of other people. We wanted to make the best record we’ve ever made.”

Combat Sports was born of troubled times. The band ended the campaign for their third album, English Graffiti, in a mess. Members of the band had lifestyle issues and health issues – being in the band wasn’t the fun it had once been. They were also questioning themselves and their music: although it had been a No 2 hit in the UK and won some of the best reviews of their career, The Vaccines knew what the audience wanted – and what they loved playing – was rock and roll.

The group, aided by keyboard player Tim Lanham and drummer Yoann Intonti, initially as session players, set about hammering the new songs into shape through late 2016, rehearsing in south London, during which time they realised they didn’t want to be a three-piece. So Lanham and Intonti were made full members of the band, which reinvigorated the group. “You remember how lucky you’ve been – you start getting excited for the new guys experiencing things for the first time, and it breathes new life into the group. The shows in summer 2016 [at the Reading and Leeds festivals] were fucking amazing, and we bottled that feeling.” By May 2017 a total of around 80 songs had been whittled down to 11 and recorded in Sheffield with producer Ross Orton to become Combat Sports.

Orton’s work with bands such as Arctic Monkeys, M.I.A and the Fall made him the ideal candidate for what The Vaccines wanted to deliver. “When I spoke to him: he said, ‘Why don’t you just come up to Sheffield, plug your guitars in, and I promise you I’ll make a good fucking record,’” Young says. “That was in January, and I was still thinking I wanted to work with a harem of pop producers. But I realised Ross Orton would make a great modern record and the right record.”

The location, too – away from home, but not somewhere where they might be distracted by turning into tourists – helped The Vaccines, allowing them to focus on making a record to define their career. “There were no friends’ birthdays we had to leave early for, or weekends away. It became all consuming.”

The result is 11 songs that go back to what the Vaccines were all about in the first place: brash, bold, rock and roll songs that mix melancholy and euphoria. “I wanted the songs to be really honest,” Young says. “I wanted Freddie and my energy to be at the forefront of all them, and I wanted that visceral urgency that got attributed to us in the early days to be present in all of them. Without being regressive I wanted to build on the musicality of English Graffiti but for the songs to be fun, upbeat, exciting and loud.” From pure Vaccines rock and roll (Put It on a T-Shirt, I Can’t Quit, Surfing In The Sky) through to powerpop (Out in the Street, which was inspired by Big Star, and Take It Easy, which came from listening to Dwight Tilley and Tom Petty) Combat Sports a record that defiantly reasserts the Vaccines’ case to be one of the great English rock bands of their time.

That defiance is reflected in the album’s title, which was thought of after Young and Cowan came to blows on the last day of recording (“We’ve never been shy of telling home truths to each other,” he says. “We’re like brothers. And brothers fight.”), but wasn’t referring directly to that. “I don’t see the title as a negative,” Young says. “On the contrary, to me it embodies survival, strength, commitment, glory, winning. We’re not just saying being in a band and making a record feels like a combat sport – we know how lucky we are. If you listen to the lyrics, we’re saying life is a combat sport. Love is a combat sport. Friendship is a combat sport. Mental health is a combat sport. But there is so much hope and positivity in the melody, and in our love affair with music, too.” 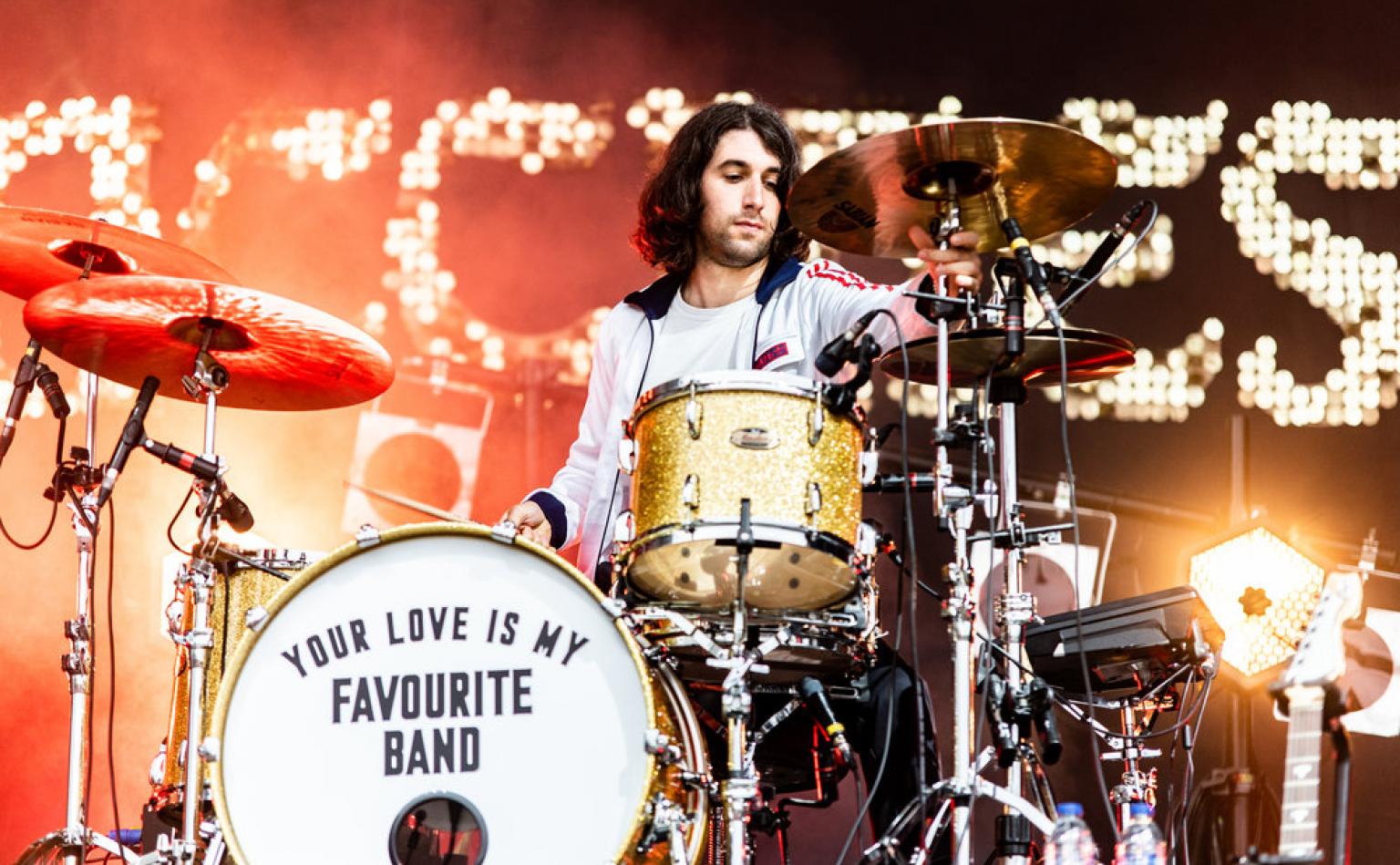 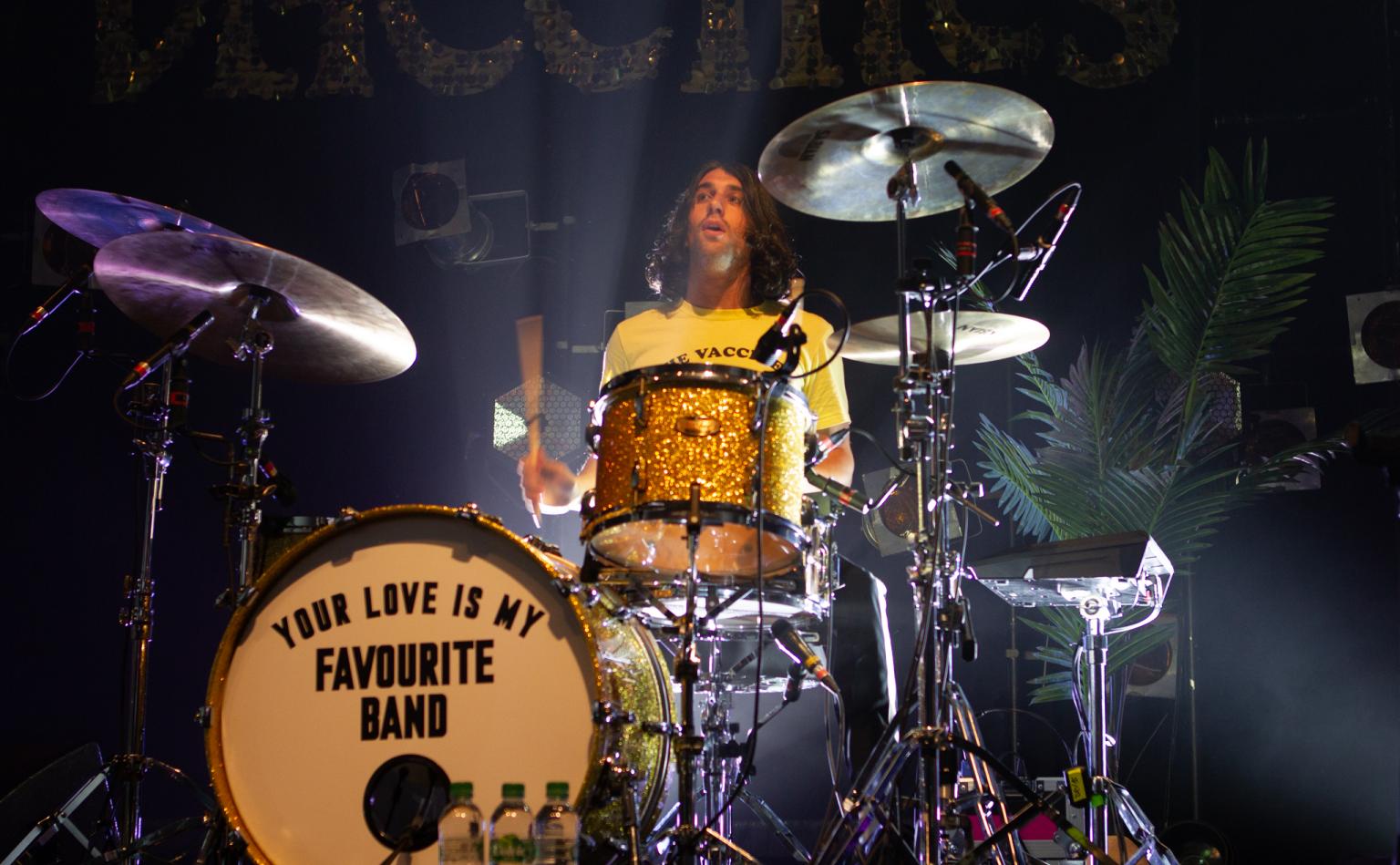 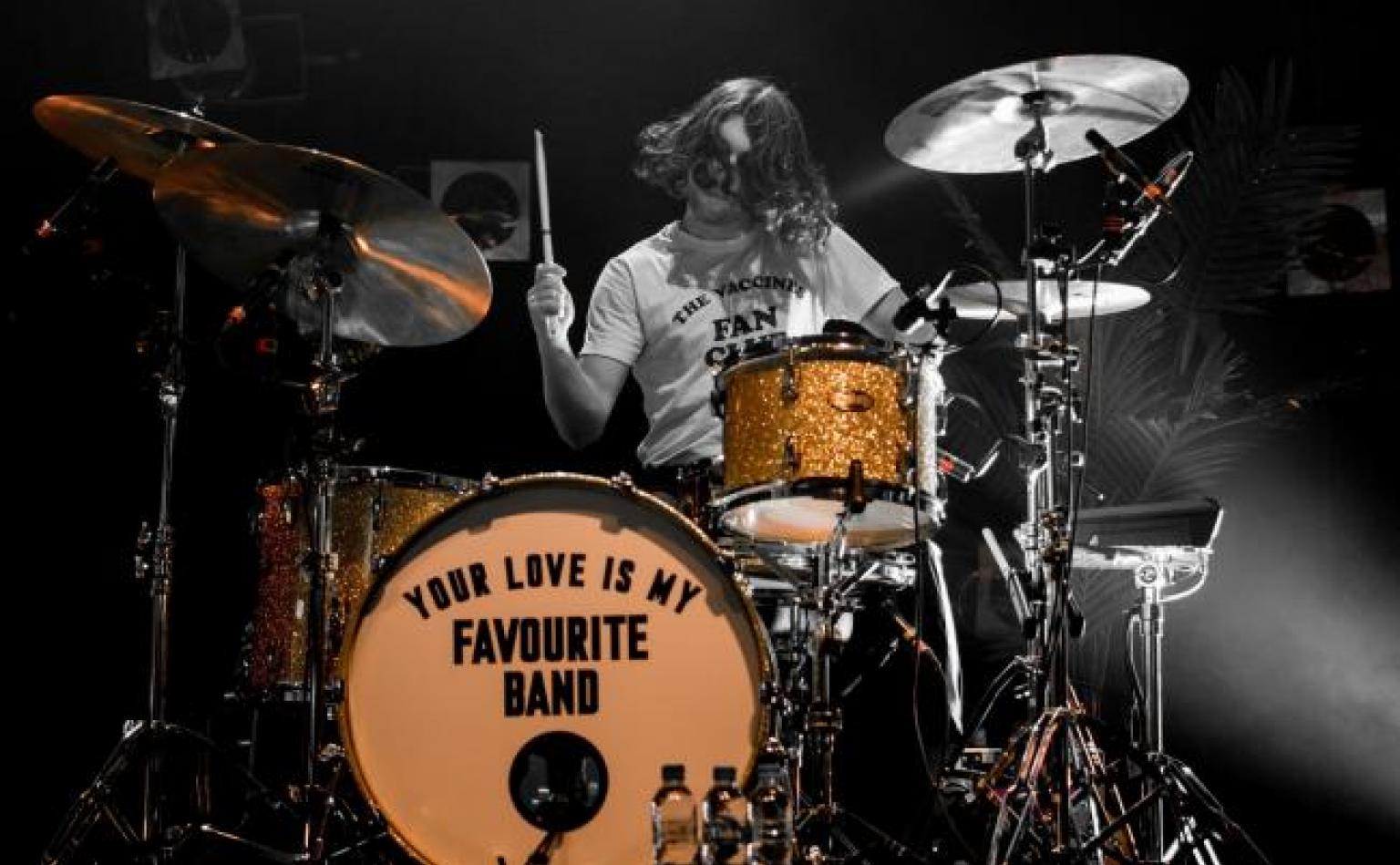 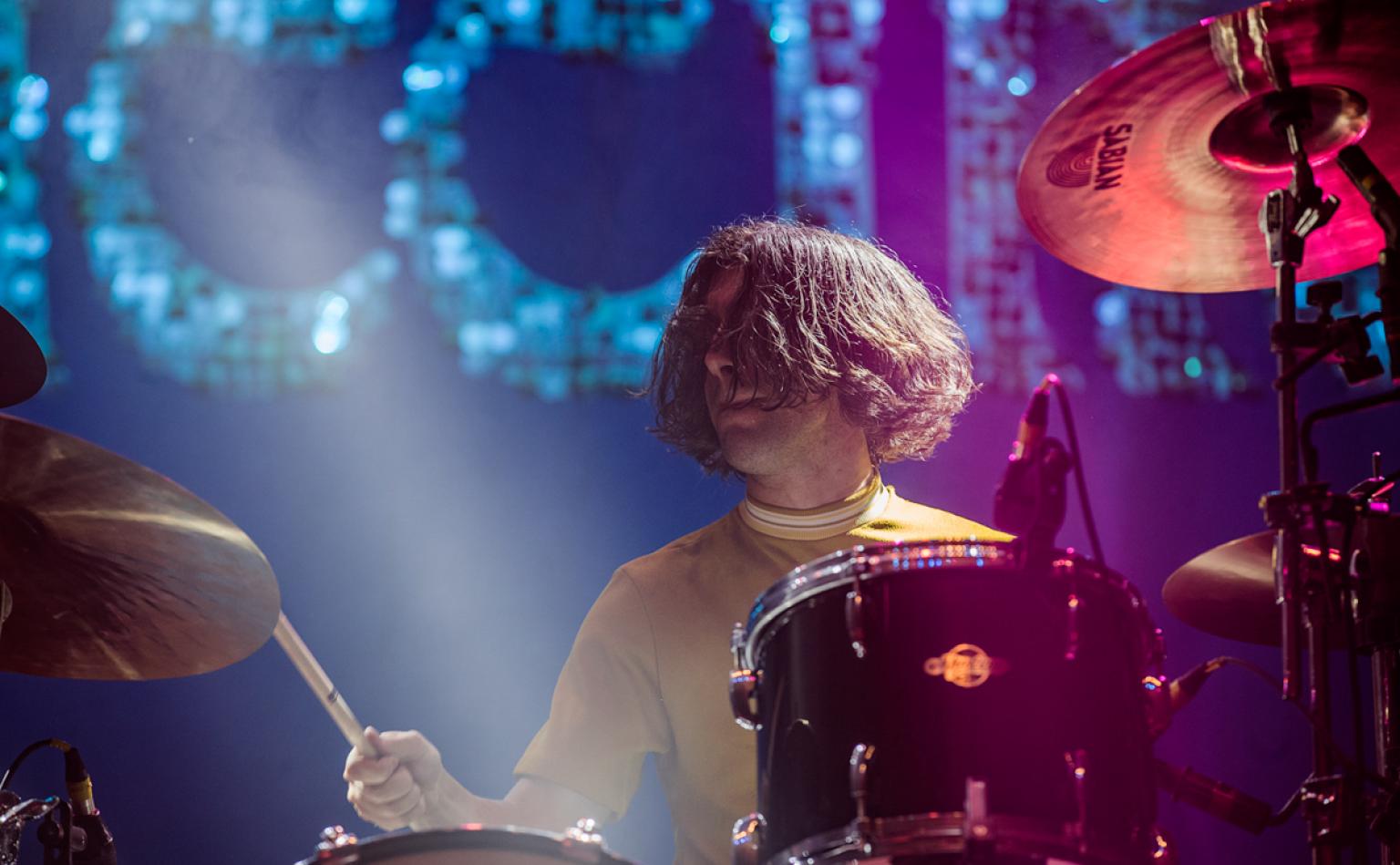 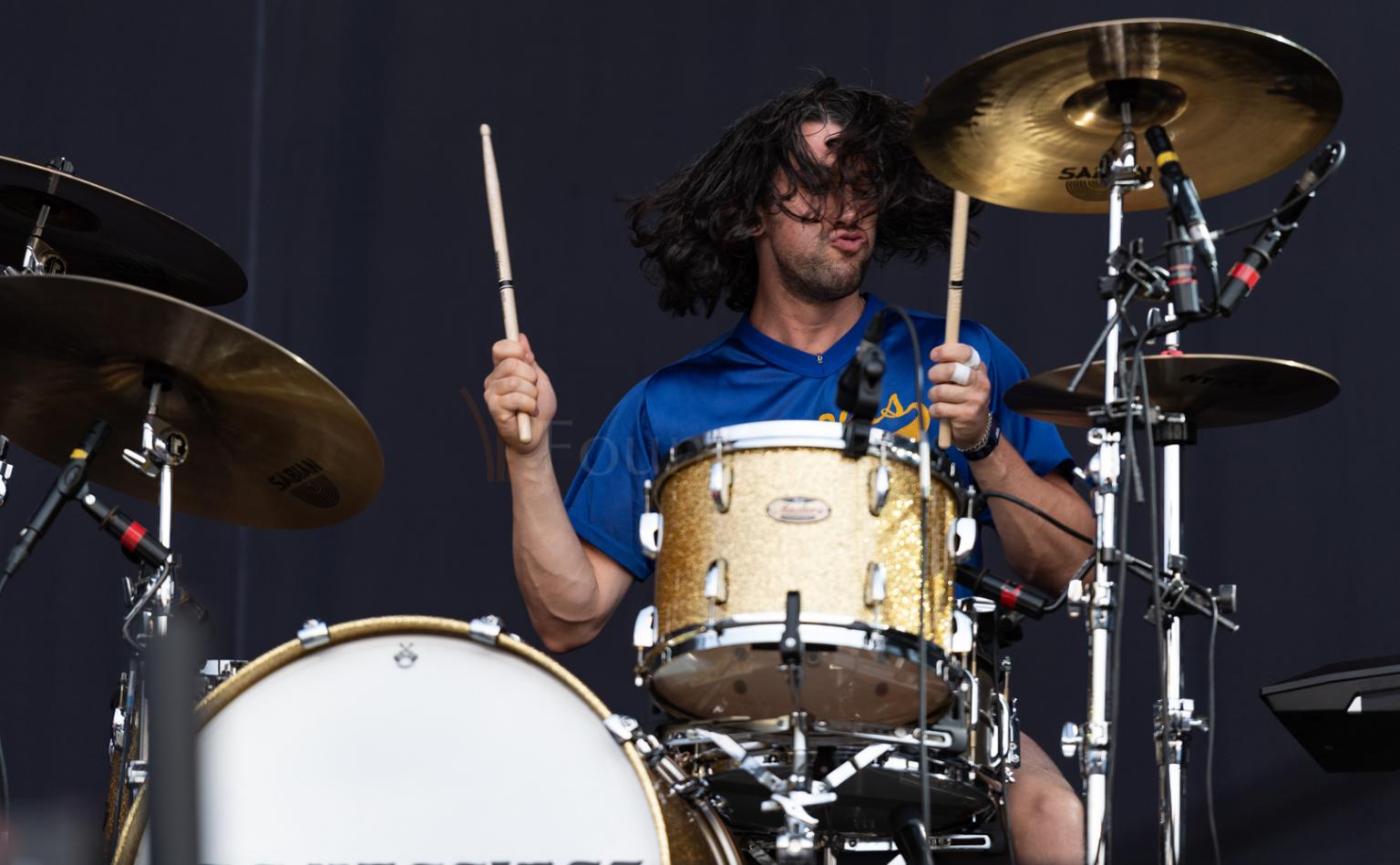