Whether it is backing up some of the most recognizable names in hard rock, exploring the harder edge of fusion, pounding out some of the fiercest metal known to man, bringing down the house, read: football stadiums, in Japan, or taking a stroll down solitary lane as the multi-instrumentalist/singer/songwriter/producer of his own solo venture - Shane Gaalaas has done it all and keeps adding to his remarkable resume all the time.

Shane grew up in the small town of Innisfail, Alberta - not exactly Rock Central but not something that stopped this third generation Canadian of Norwegian decent from being consumed by music early on. "I remember being crazed and running around the basement, singing along with Elvis and whatever else came blasting out of my Mom and Dad's jukebox", says Shane. After hearing KISS 'Alive I', he begged his parents to take him to see the band on their 'Love Gun' Tour - a life changing event. "It had so much impact on me, from that point on I knew what I was going to do in life."

With the blessing and wholehearted support of his parents, Shane began playing guitar at age nine and picked up the drums a year later spending countless hours practicing along to records by AC/DC, Zeppelin, Sabbath and Van Halen. "I would be in the basement cranking my Peavey Decade and pounding my drums as hard as I could, and they would just put up with it. My friend Dan would come over and we would jam through a PA, open up all the windows, so the 4000 residents of Innisfail could all hear us."

Needless to say, Shane was hellbent on giving this musician's thing a try and, upon graduating high school, began touring professionally with a Top 40 group. In 1987, he enrolled at Grant MacEwan Music College in Edmonton, Alberta to study jazz, percussion, and piano, and for the next three years toured extensively with Canadian circuit bands. Throughout 1991 Shane recorded and toured with guitarist/producer Paul Dean.

Ever ambitious and always striving for something more, Shane moved to Los Angeles in 1993 to study at the Musician's Institute (P.I.T.), from which he graduated with Vocational Honors and the 'Rock Drummer of The Year' award a year later. It did not take long for Shane to make an impression South of the border and his first big break came when, upon being recommended by none other than Deen Castronovo (Journey, Ozzy Osbourne), he landed the drum gig with Swedish guitar virtuoso Yngwie Malmsteen in time for the recording of the 'Magnum Opus' album. Extensive touring followed throughout the US, Japan, and Europe, and when Malmsteen went on hiatus in 1995, Shane, along with bassist Barry Sparks, moved on to the Michael Schenker Group, Vinnie Moore, and eventually legendary German guitar master, Uli Jon Roth (ex-Scorpions).

It was during his MSG stint when Shane first crossed paths with guitarist/producer Jeff Kollman at a Phoenix rehearsal studio for what would prove to be a most fateful meeting. The duo connected instantly and have been in each other's musical lives ever since via a number of projects and albums, such as highly acclaimed hard fusioneers Cosmosquad, $ign of 4, featuring UFO vocalist Phil Mogg, the 'Voice of Rock', Glenn Hughes (Deep Purple, Trapeze) and his HTP off-shoot with former Rainbow singer Joe Lynn Turner, as well as the yet-to-be unveiled Crumb Bros., an eclectic retro alt rock outfit. On the other end of the spectrum, Shane became one of the driving forces behind L.A. extreme metal foursome Diesel Machine, led by current Damageplan vocalist Patrick Lachman on guitar, whose 2000 debut album 'Torture Test' broke into the Top 20 on metal radio and saw the band tour as special guests to Static-X and Soulfly.

Shane's musical life took yet another unexpected turn when he was approached to audition for Japanese megastars B'z and eventually brought in alongside legendary bassist Billy Sheehan (David Lee Roth, Mr.Big) to provide the bottom end on the band's 2002 tour, which was highlighted by a co-headlining show in Tokyo with Rock'n'Roll Hall of Famers, Aerosmith, in celebration of the Soccer World Championships. Shane has since become a much valued addition in the B'z camp, appearing on both the 'A Beautiful Reel' and 'Typhoon' live DVD's, the band's 'Big Machine' album, and various singles.

It was in Japan during his time off between gigs when Shane began to lay the foundation to what is one of his proudest achievements yet - his first ever solo album, 'Primer', written, recorded, and performed by Shane himself who handles drums, bass, lead and rhythm guitars, keyboards as well as lead vocals (B'z vocalist Koshi Inaba contributes harmonica on the song 'Time to Feed') and released in early 2004 on own his Junkman label (Big M.F. in Japan). "Doing a solo album is something I've been itching to do for a long time. It always seemed as though I had too many things on my plate to attempt such an endeavor or maybe I just didn't have the courage. I never realized what a powerful experience it would be." reflects Shane. "I started out dabbling with some ideas while on the road last year, typical guitar meanderings like I've always done, but after the tour I came home and momentum just kicked in. Never before had I felt this burning desire to write songs, it consumed me. It seemed as though I had something to draw from, a more focused energy. For a long time I've kept stuff buried deep inside me, never really dealing with it. I'm not a negative person but sometimes we have issues that can eat at us, kind of repressed turbulence. We have to be conscious of it or it can be very damaging. Using music was a great vehicle for me to exorcise my inner demons. Good therapy indeed! I learned a lot about myself in the process. Primer has been the most musically rewarding, and personally healing thing I have ever done. I hope people can read into it a little deeper, there really is a positive vibe there."

To date, Shane has released 4 studio albums as a solo artist, Primer (2003), Hinge (2006), Ascend (2013), and Bitter Suites From The Red Room (2015), issued by Zain/Big M.F. in Japan and on his own Junk Man label in the rest of the world. Entirely self-produced, Shane handles drums, lead vocals, guitars, bass, keyboards, programming and songwriting duties on all his records. B'z vocalist Koshi Inaba makes a guest appearance on Primer, which includes a cover of the B'z song, "Hadashi no Megami", for which Shane also shot a promotional video. Canadian session musician Cory Churko contributes guitar to the songs "Brotherhood" and "Wish You Well" on Ascend.

Featuring on lead vocals and guitar, Shane also released the Japan-only Live & Video Clips DVD (2005) and Live in Osaka CD (2006), with members of the Japanese rock band Schon rounding out the line-up. In 2009, Gaalaas released his first ever drum instructional DVD, Perfect Rock Drumming, via Rittor Music in Japan.

In 2012, Gaalaas collaborated with producer/programmer Peter Fernandes, guitarist Greg Howe and sometime Cosmosquad bassist Ric Fierabracci on the song "Dorothy", which was released as a digital single and eventually included on Fernandes' 2014 album, Q.E.D..

Gaalaas released back-to-back digital singles, "Tales From A Fantastic Lumbar", featuring Fernandes and Fierabracci, and "Silverstrand Sedation", in May and October 2014, respectively. Both cuts were included on Gaalaas' fourth studio album, Bitter Suites From The Red Room, his first ever all-instrumental offering, issued internationally in November 2015. Gaalaas also featured on Bob Frye's Uzoma album and has written and recorded the music for a video game titled Yakuza, due out in January 2016.

In late 2016, Gaalaas joined all-Canadian all-star cover band Toque featuring Todd Kerns, Brent Fitz, and Cory Churko whose debut album Give'R was released on December 23, 2016. Gaalaas made his studio debut with Toque on their 2019 sophomore release, Never Enough and appears in the video for the song "Never Enough of You".

On April 1, 2019, Gaalaas' extreme metal band, Diesel Machine, released "Shut It", their first new song in close to 20 years. The group's forthcoming sophomore album, Evolve, was set for a tentative fall release but pushed back to 2020.

Gaalaas filled in on drums for Brent Fitz of Slash featuring Myles Kennedy and The Conspirators on August 6, 2019 at The Ryman Auditorium after Fitz had to have emergency surgery for a detached retina. It was announced that Gaalaas would fill in for Fitz for the remaining four shows of that tour. 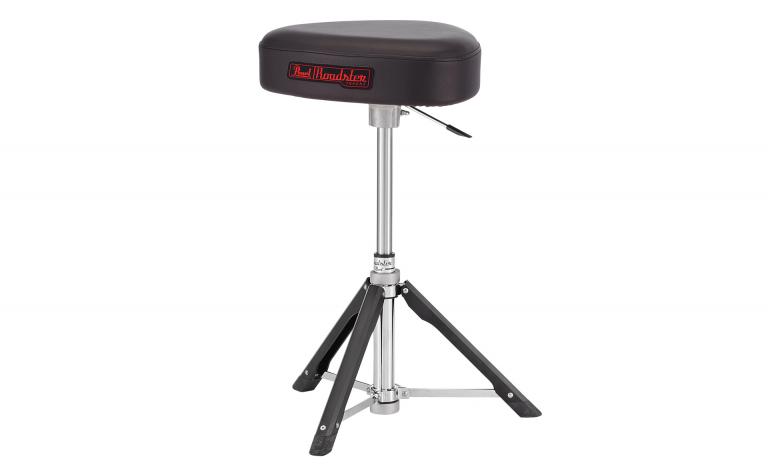 Following three years of exhaustive research and development, Pearl’s professional Roadster thrones have been updated to give drummers the right support where it is needed most. The difference lies in each Multi-Core throne top. Using multiple layers of varied density foam that wrap around the surface of the cushion, Multi-Core’s ergonomic design and computer-tempered surface provides support to ease joint pressure during long sessions. Models include the D3500 Multi-Core saddle-style throne (available solo or with a fully adjustable backrest), round cushion Multi-Core models with shaping peaks to ease pressure, and the revolutionary D-1500TGL Trilateral Gas Lift throne, which delivers the feel of both round and saddle cushions depending on how they are mounted by the drummer. 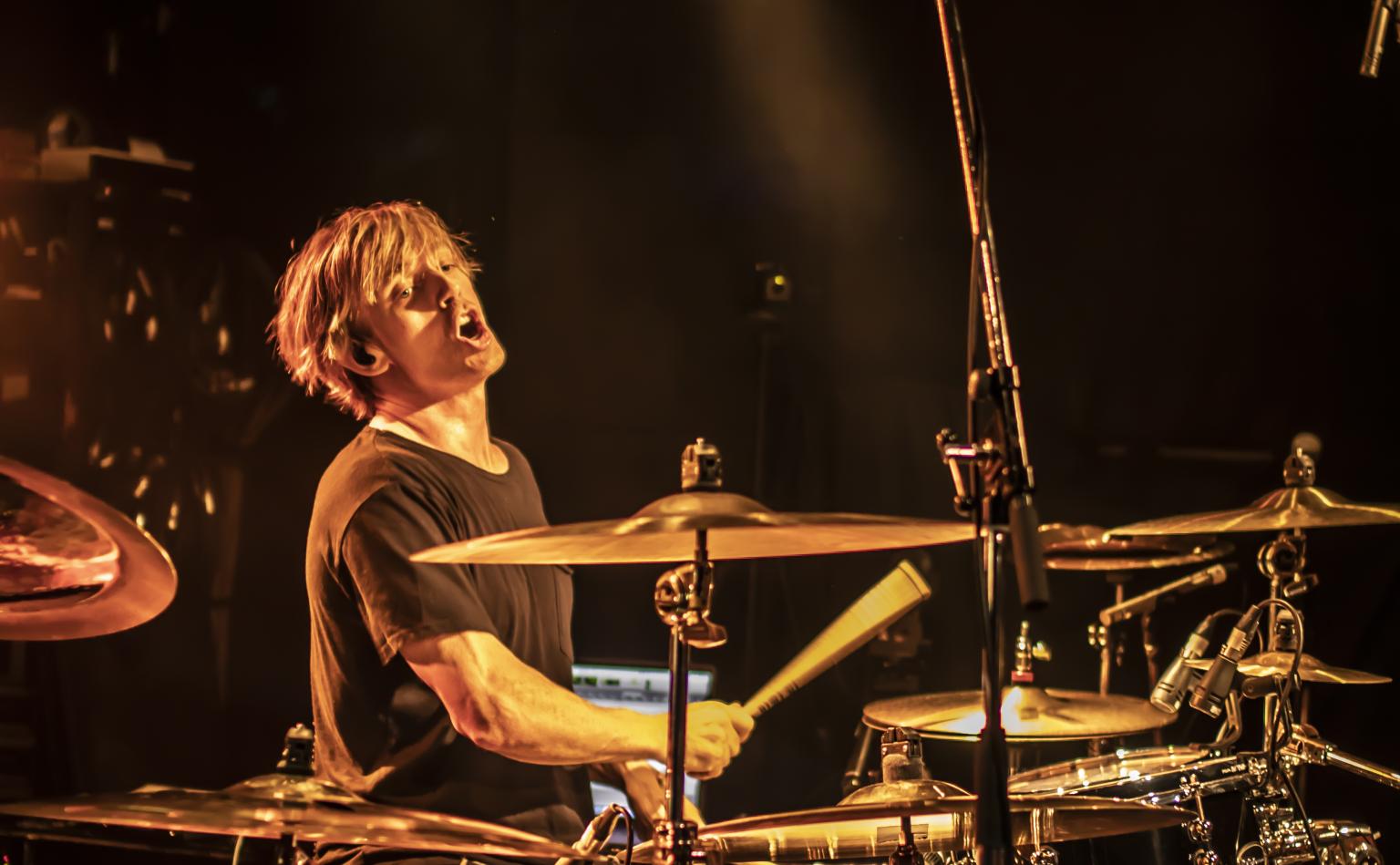 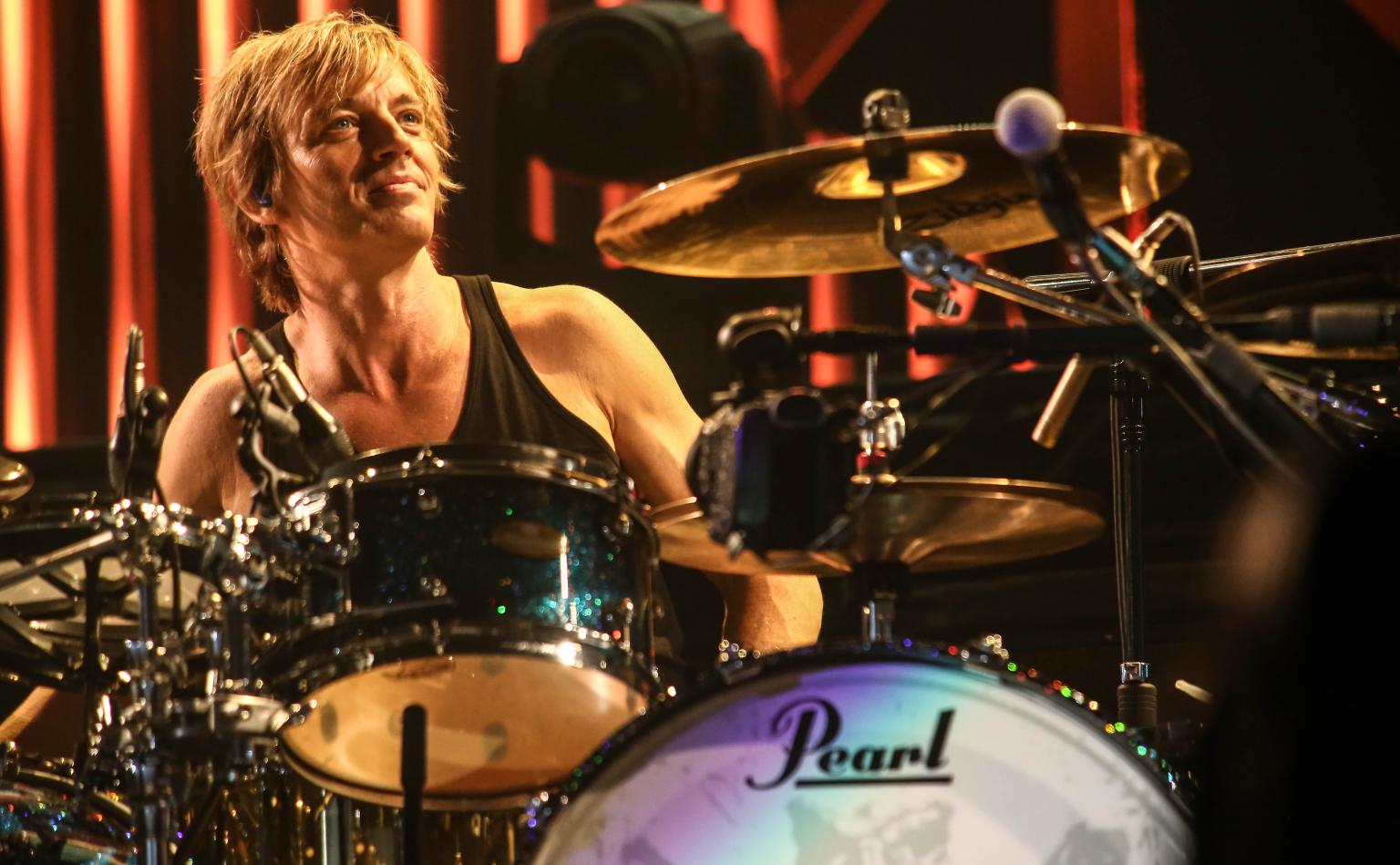 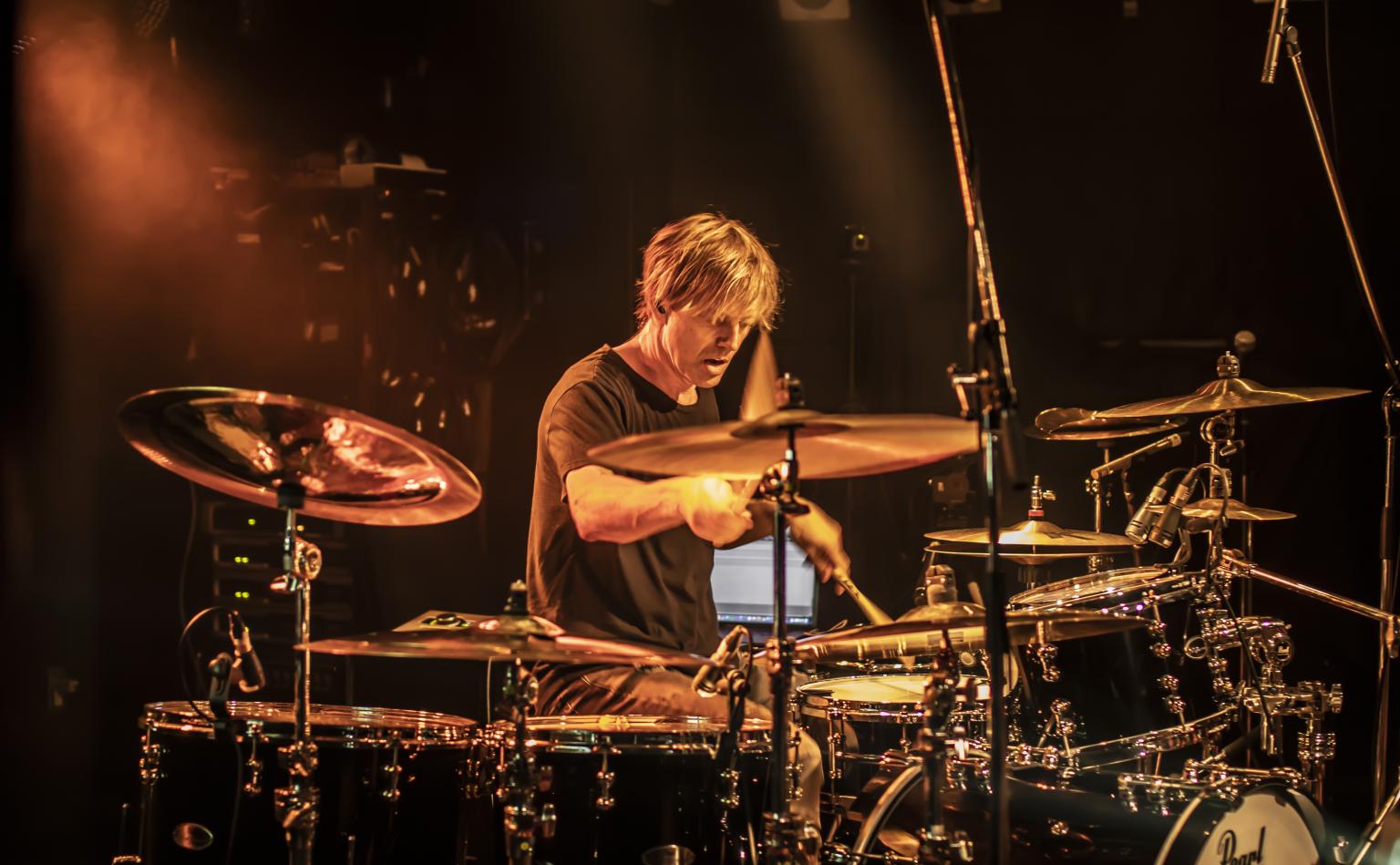 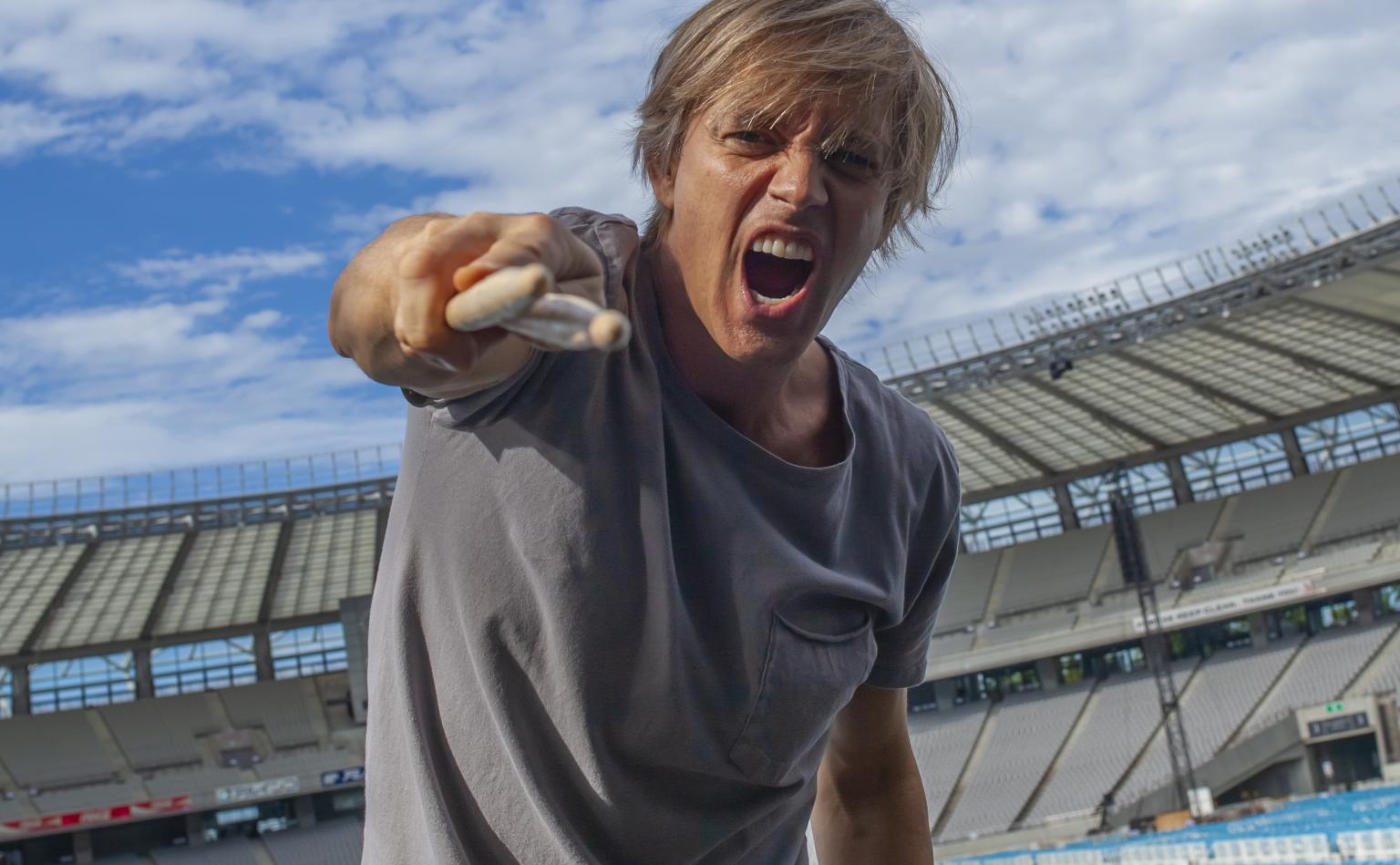 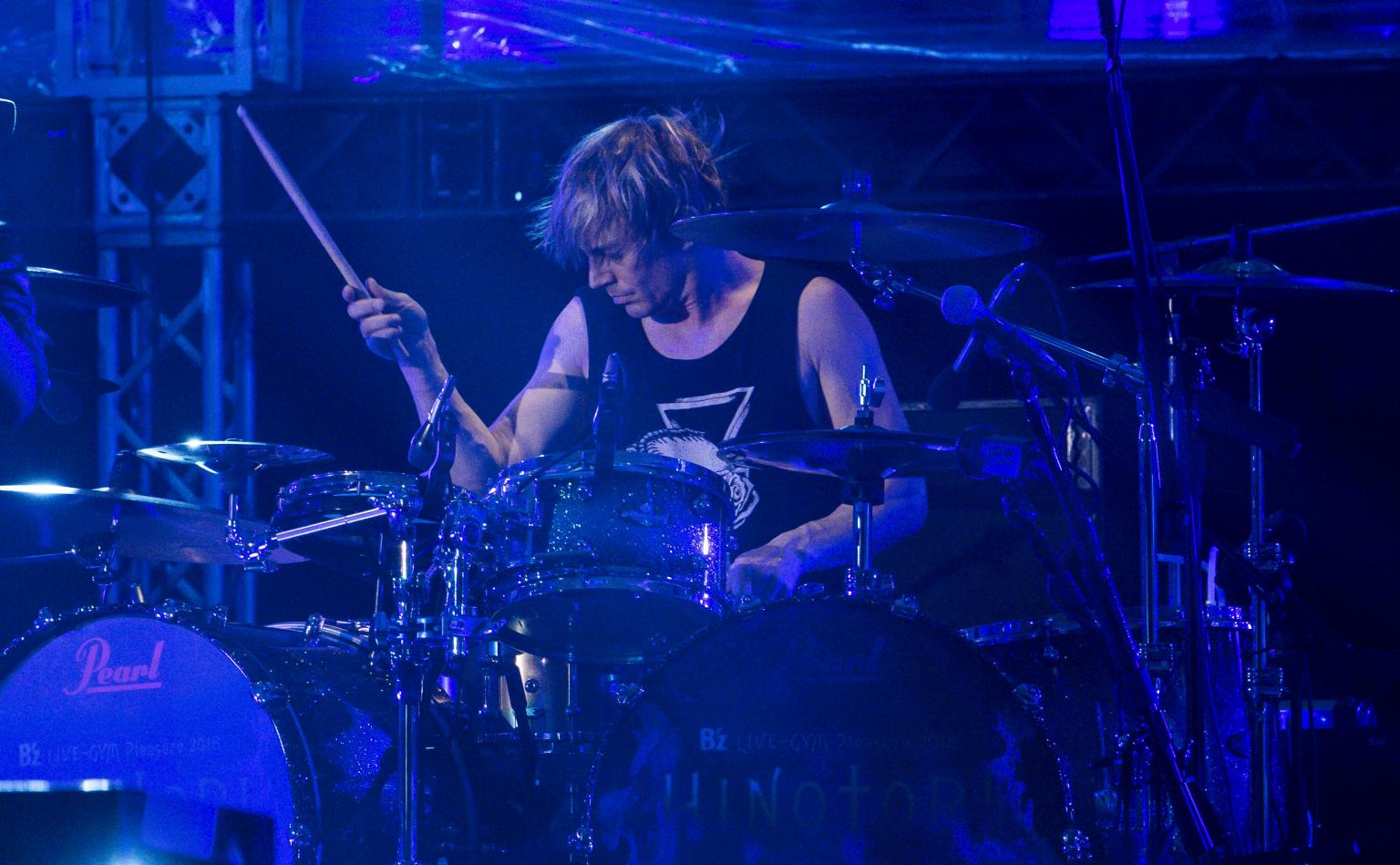 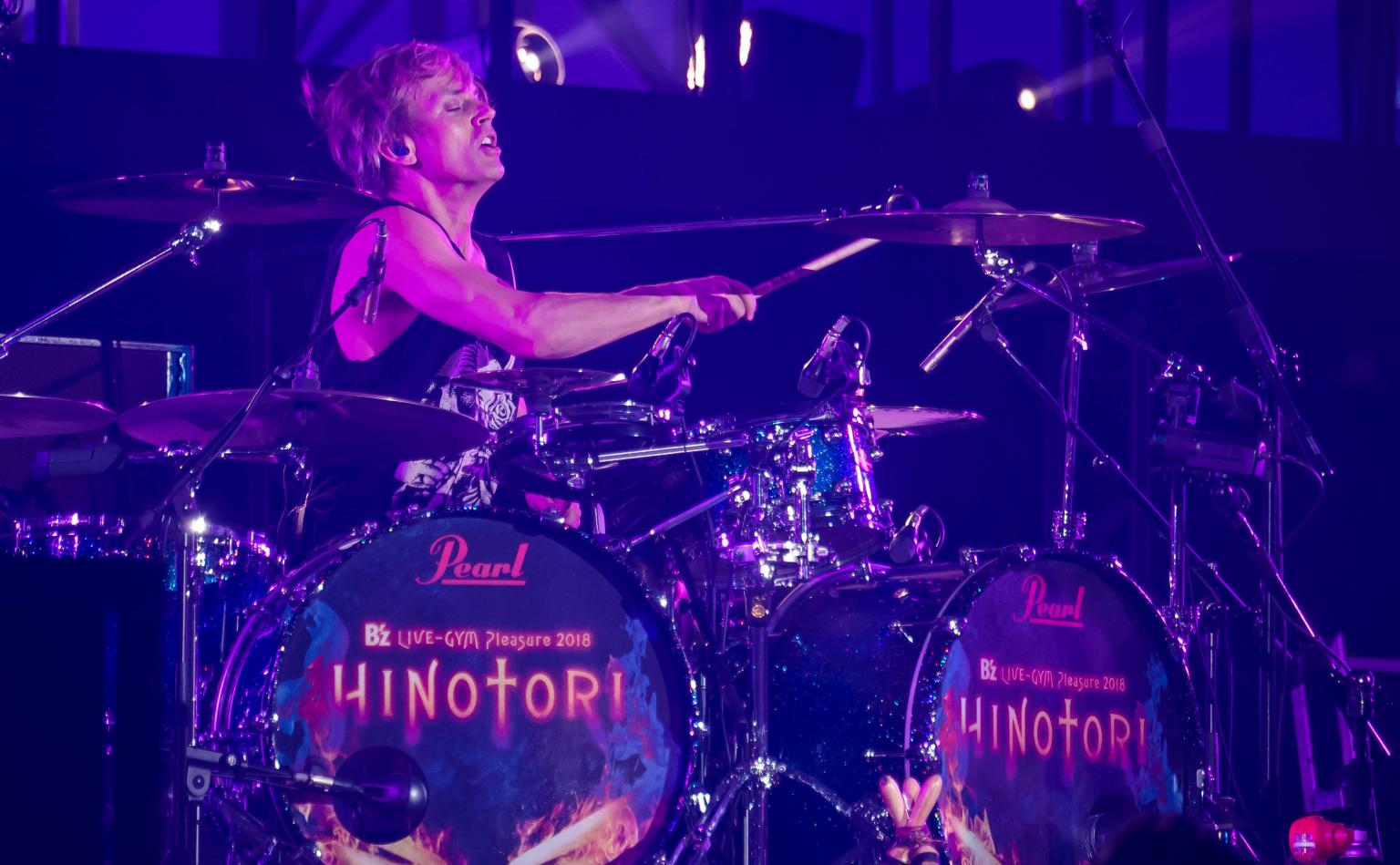 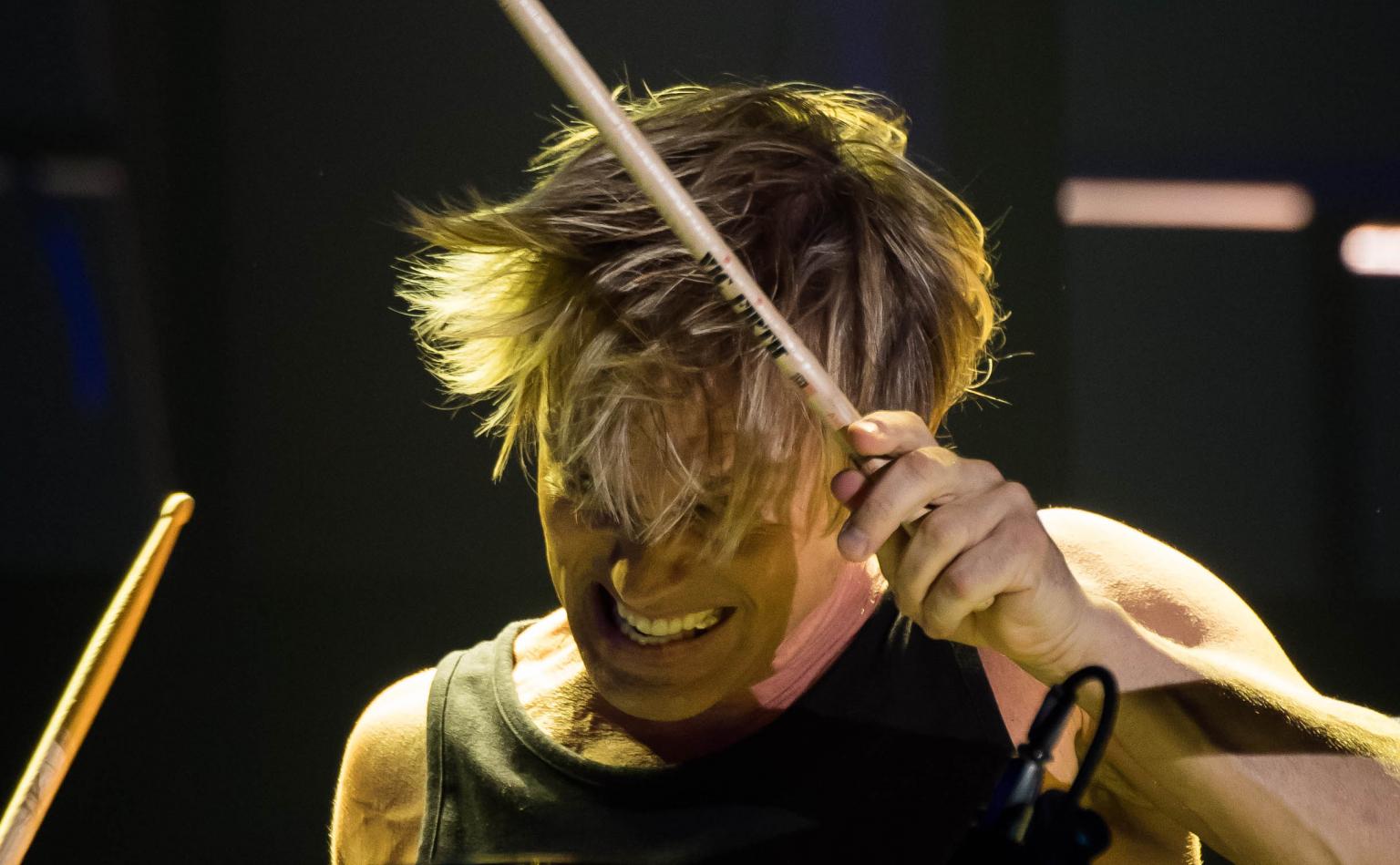 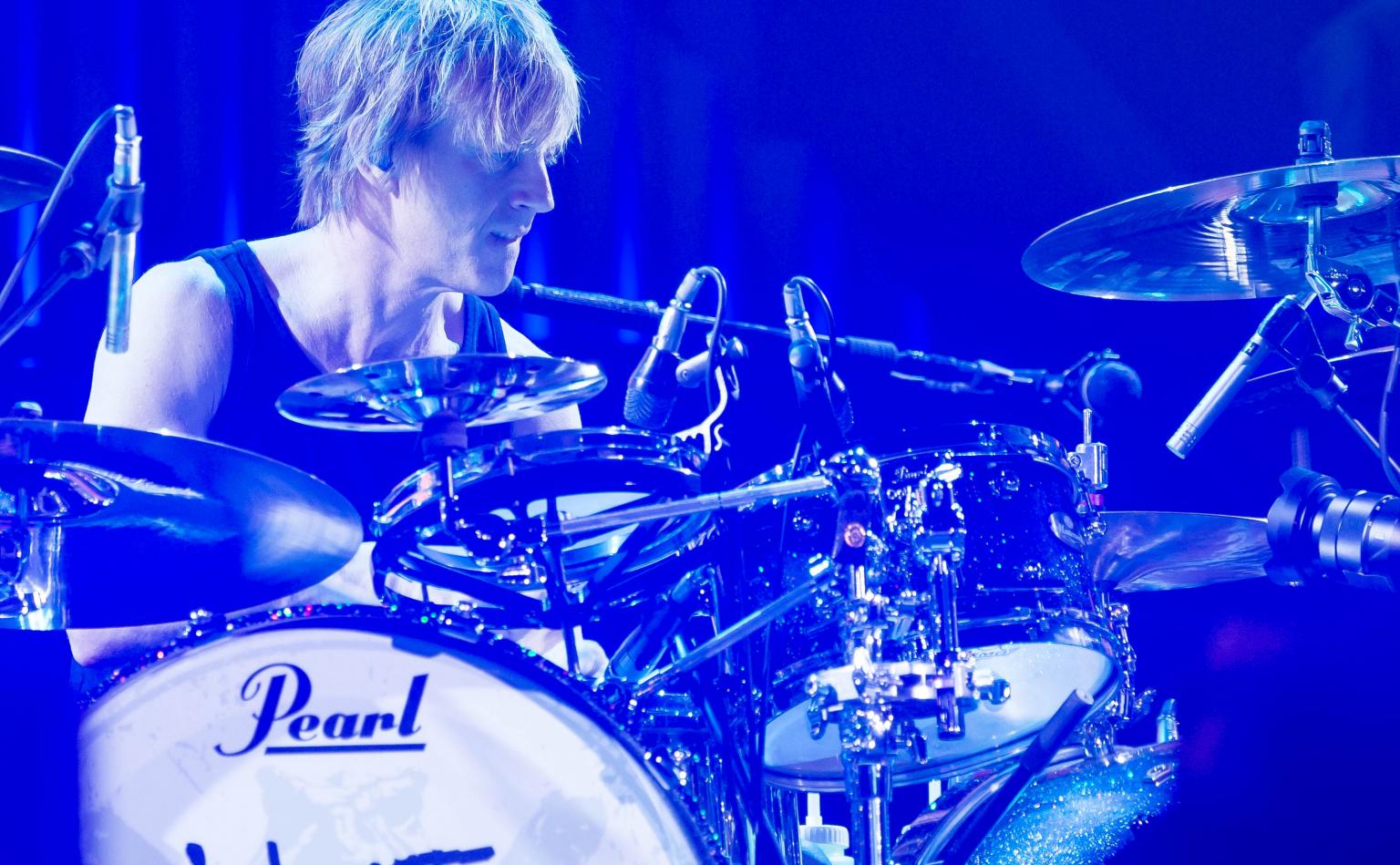 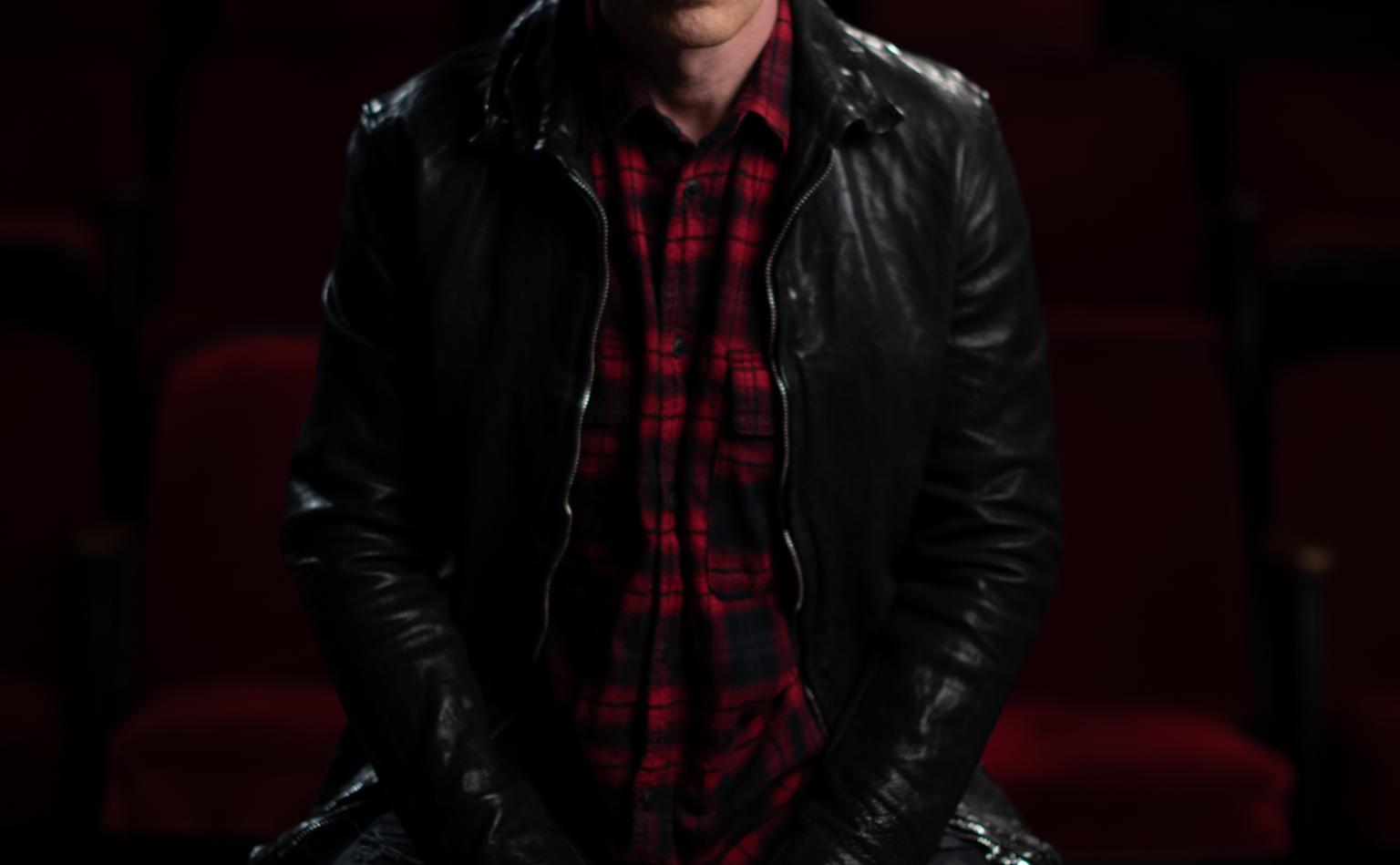 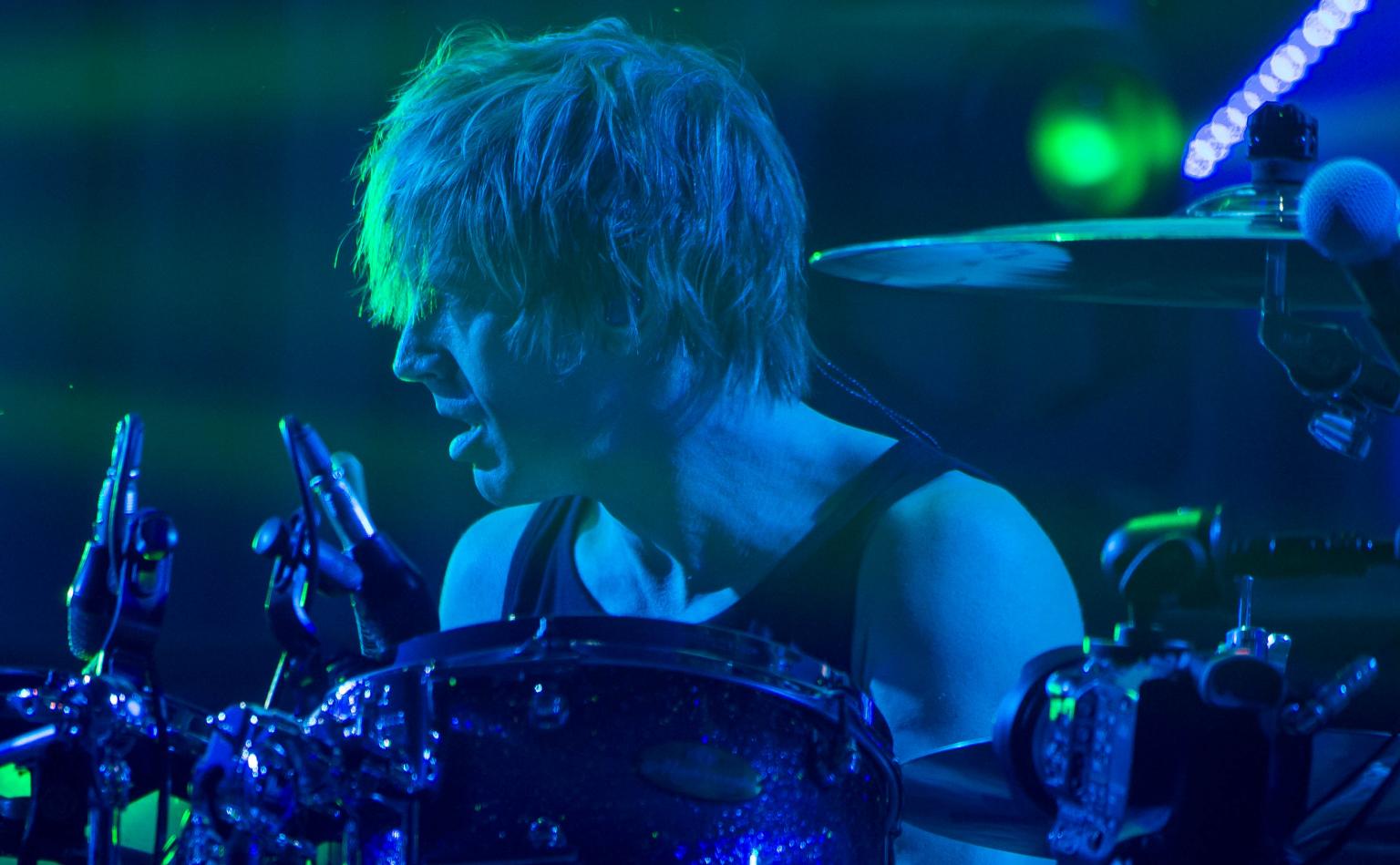 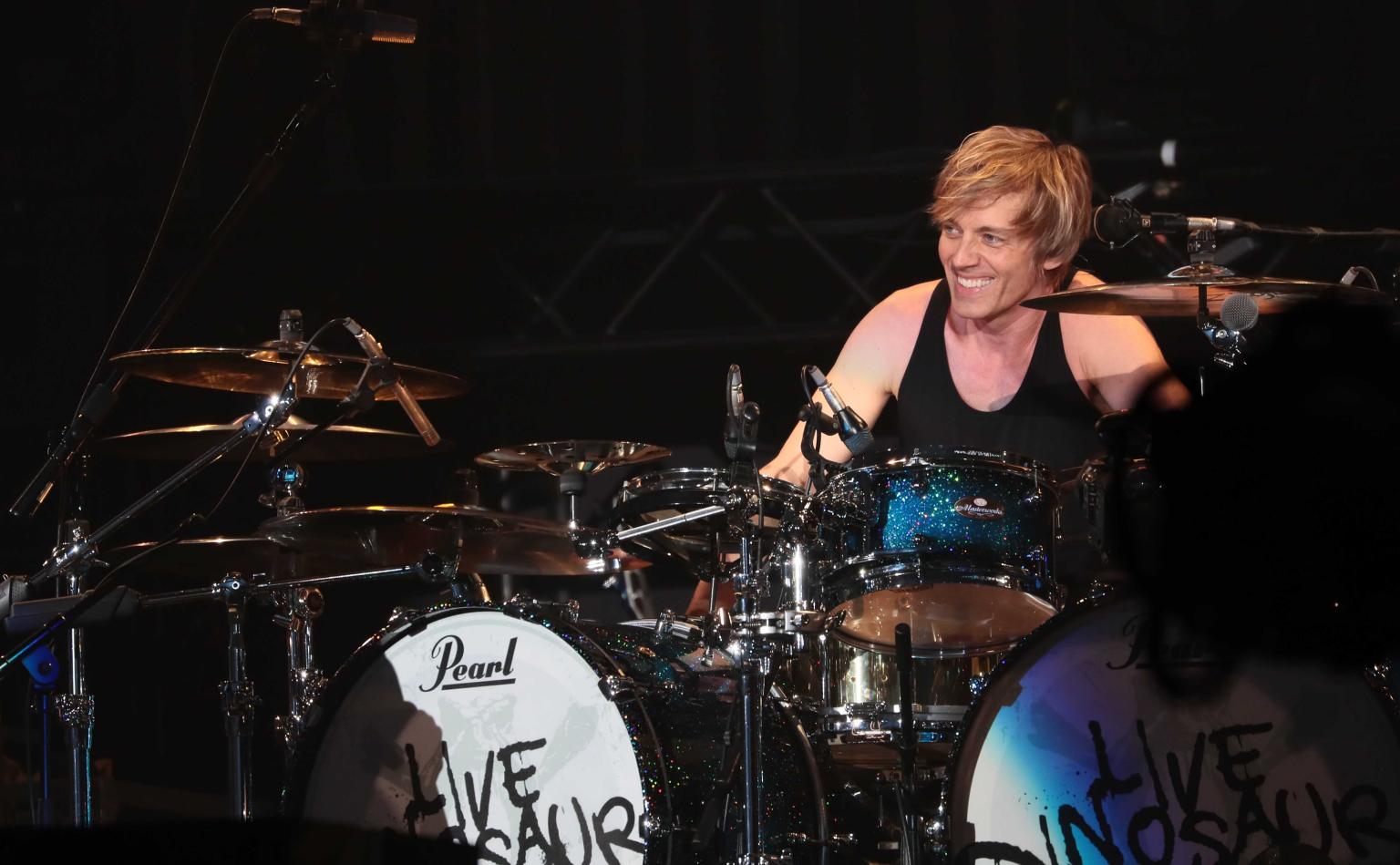 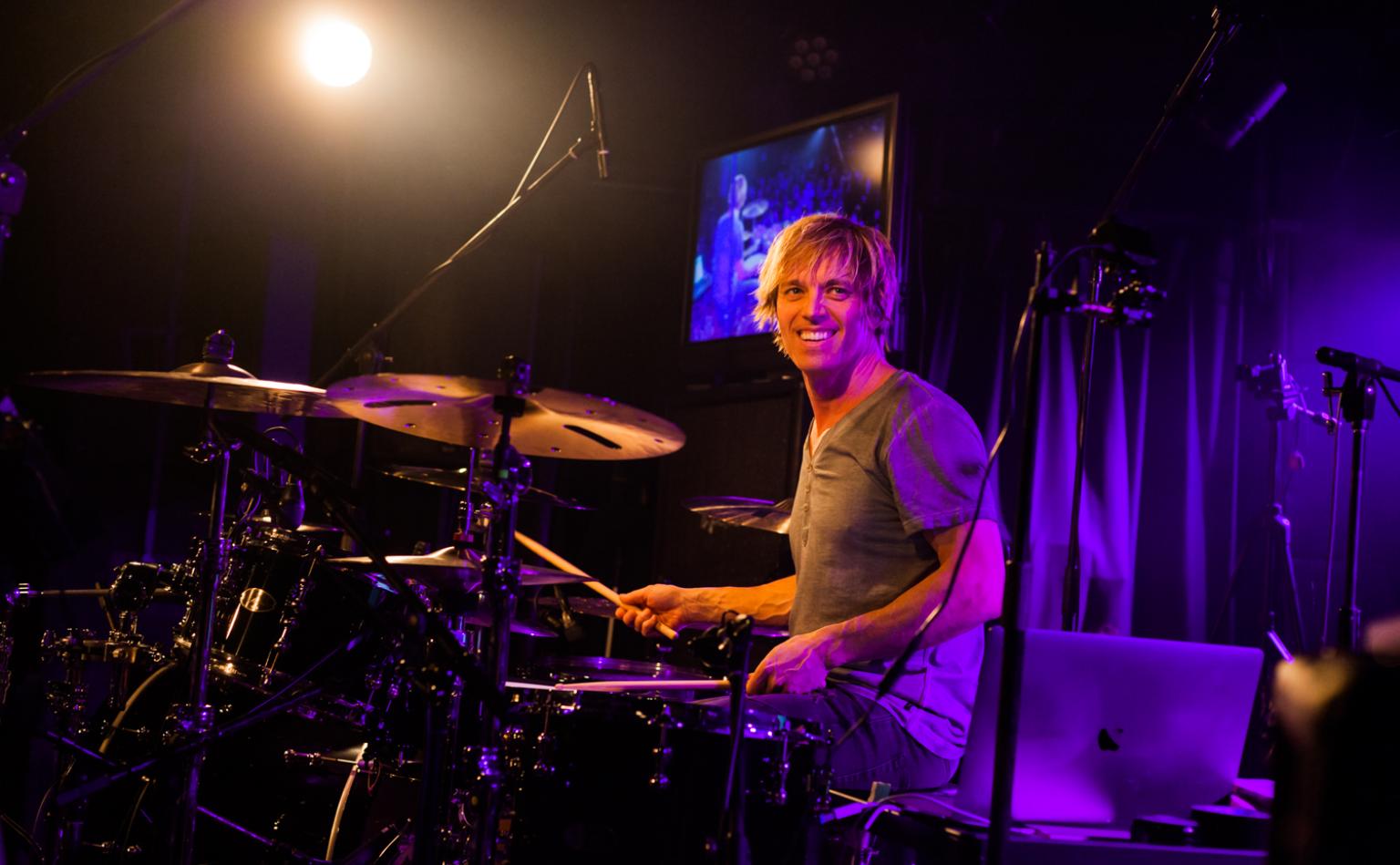 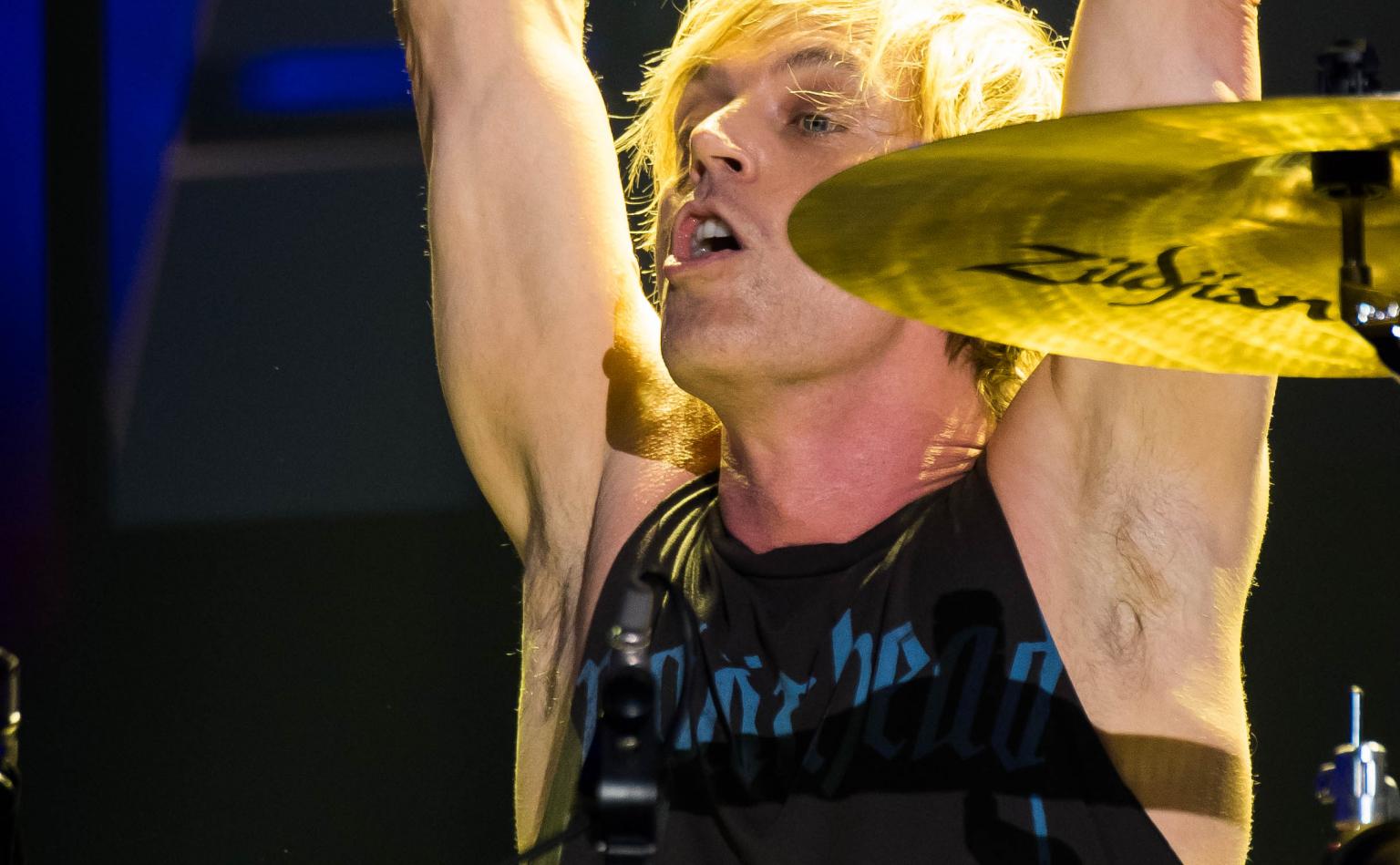 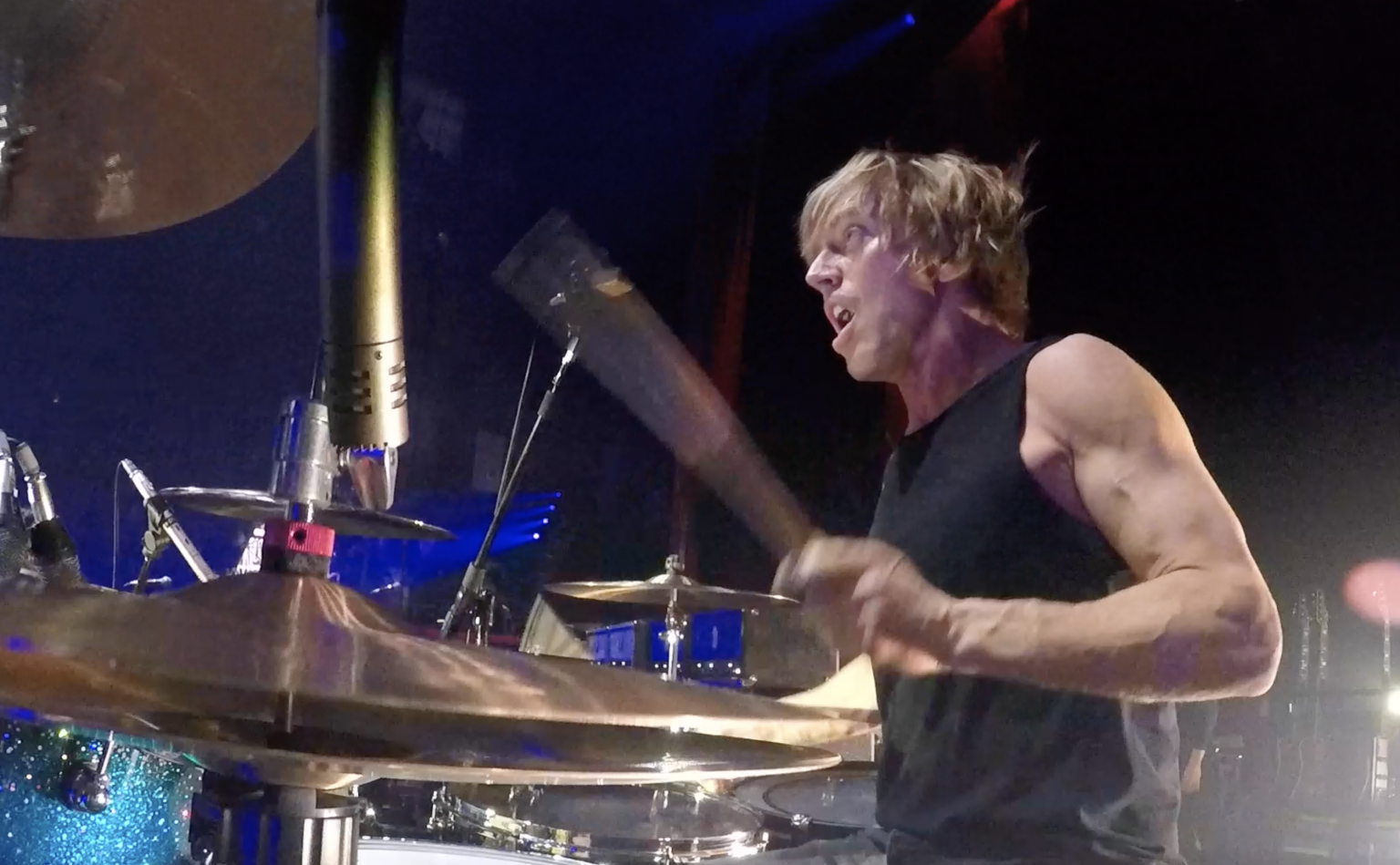 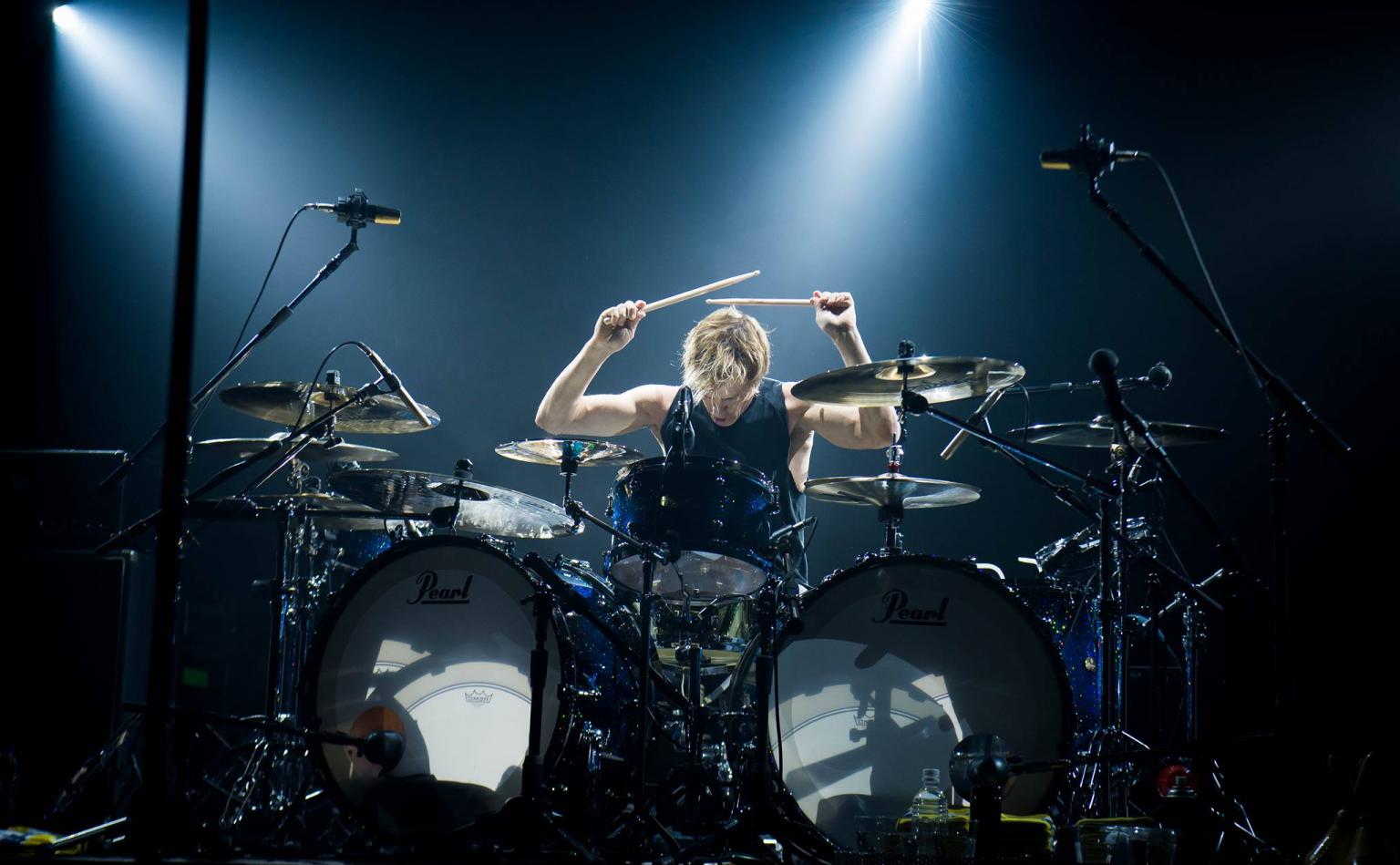 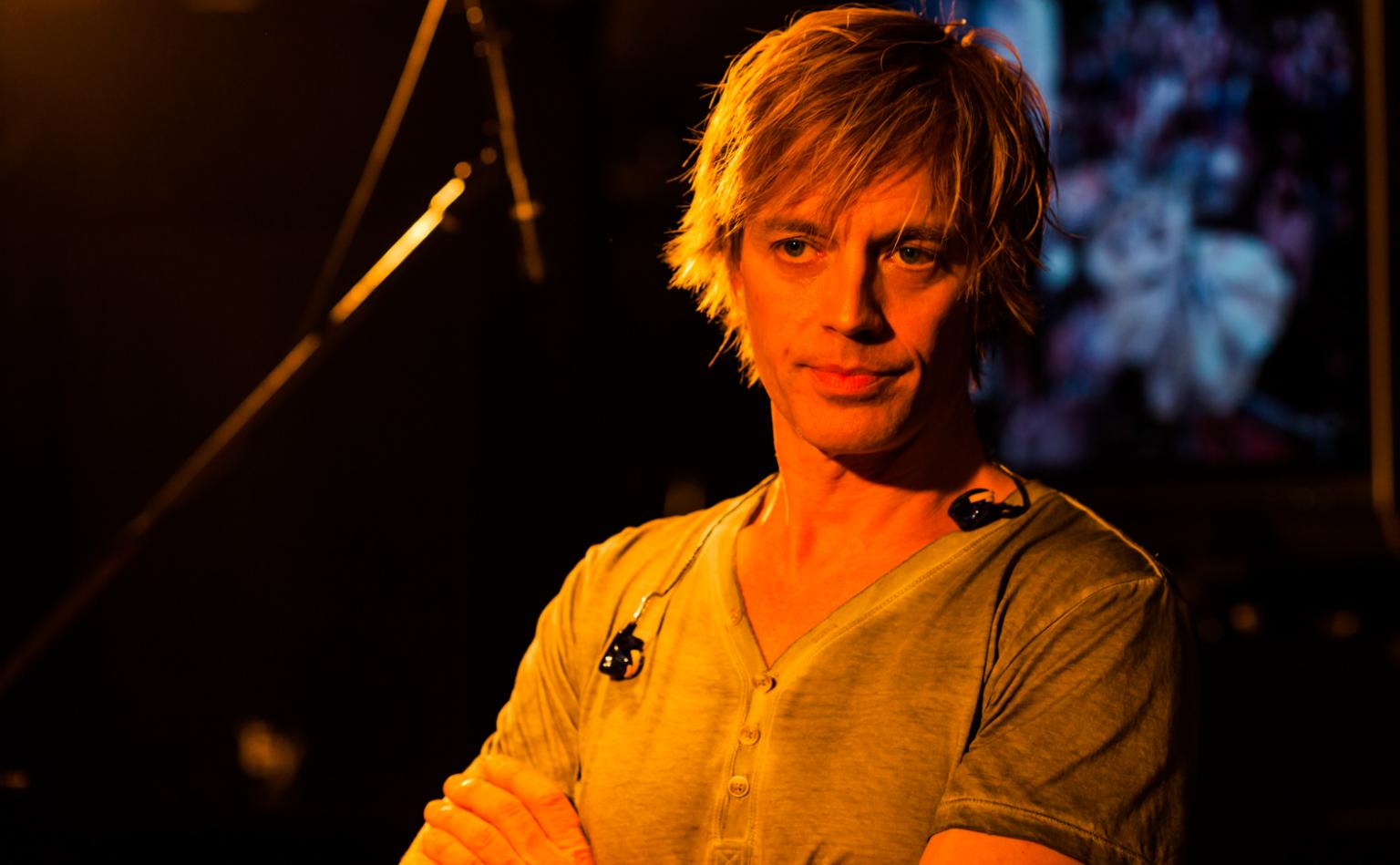