An up and coming percussionist hailing from Japan, Mari Yoshinaga brings a unique sense of artistry and expression to percussion, both in solo recitals, in collaboration with other artists and in her percussion group, arx duo. With a wide-ranging repertoire and an insatiable curiosity for different musical settings, Mari's sensitive musicality and powerful sound inform her performances, whether she is playing Bach on marimba, timpani in Carnegie Hall or premiering new works by today's composers.

Her recent performances include a concerto appearance at Verizon Hall at the Kimmel Center for the Performing Arts Center in Philadelphia, performing Bartok s Sonata for two pianos, percussion and orchestra as one of the soloists with the Curtis Symphony Orchestra. Also, she had her Japan debut recitals in Tokyo and Kagoshima in December.  In addition, her percussion group, arx duo was invited as an ensemble in residence at Lake George Music Festival, and they are currently artists in residence at Michigan State University. arx duo is also on the faculty of the Young Artist Summer Program at Curtis Summerfest.

Mari has enjoyed a varied performing schedule since coming to the States to study timpani and percussion with Don Liuzzi, principal timpanist of Philadelphia Orchestra in 2007. As an orchestral percussionist, she has performed throughout the US and Asia. She has worked with conductors such as Simon Rattle, Charles Dutoit, Christoph Eschenbach, Raphael Fruhbeck de Burgos, and Alan Gilbert. Mari has performed with the Kansas City Symphony, Symphony in C, the Opera Company of Philadelphia, New Haven Chamber Orchestra, Delphi Chamber Orchestra, and Black Pearl Chamber Orchestra. She was also a member of Curtis Symphony Orchestra for opening the Dresden Music Festival in Germany in May 2012.

As a chamber musician, she was invited as a residency artist at the Yellow Barn Chamber Music Festival to perform Le Noir de l'Etoile, a percussion sextet by Gerard Grisey. Other recent collaborations include performances with eighth blackbird and a world premier/CD recording of Partita: Suite for Guitar and Percussion by Paul Lansky with guitarist David Starobin. Mari has had the privilege of working with a number of composers including George Crumb, Martin Bresnick, Joan Tower, Paul Lansky, and James Wood.

Mari was born in Kagoshima, Japan. Immersed in music from an early age, she began studying piano at age three, marimba at age five, euphonium at ten, cello at eleven, and percussion at twelve.  She holds a Diploma in Comparison Culture from the Minami Academy iBS Language School in Kagoshima, after which she received a Bachelor of Music from Curtis Institute of Music and a Master of Music degree from Yale School of Music.

As an artist endorser, she represents Pearl/Adams instruments and Vic Firth sticks. 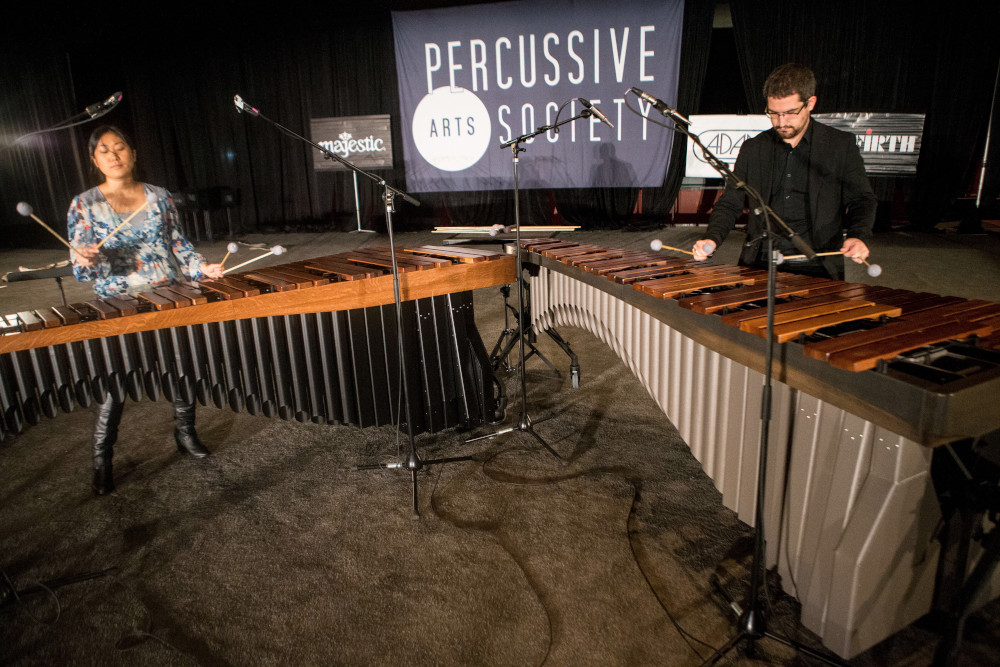