The Hothouse Flowers are one of Irelands most well known bands and Dave Clarke has joined the original line up and helped to record their 5th studio album "Into Your Heart" released March 2004. The band released the single "Your Love Goes On". (The song received a major production recently when the Flowers performed it live on The Late Late, complete with 24 piece choir ). Dave has toured worldwide with the band in support of the album, which included playing Glastonbury and also supporting the Red Hot Chili Peppers at Slane Castle this year. Dave has played with a variety of bands whilst with Hot House Flower's and this includes John Martyn and Eddi Reader. Prior to joining the Hot House Flowers he was playing with Warren Zevon in USA and has also made record's with Island record's founder Chris Blackwell at compass point Nassau, Martin Hannett (Joy Division), Jimmy Miller (Rolling Stone's) ET Thorngren (Talking Head's) to name a few.

I have a sound in my head for the way I like to hear my drums and I can articulate that sound with Pearl Drums. You can get any sound you want with Pearl drums, rock / jazz / funk / heavy metal - whatever you are playing and want to hear. The build quality is fantastic, and, of course, they look great!!

There have been many bands and drummers over the years who I have listened to. Following is a short list, in no particular order, as there are too many to mention:

Keith Moon - The Who

Who in your mind are the drummers of tomorrow? Who has caught your eye?

Well...they are out there in their bedrooms / garages / front rooms playing their drums annoying the neighbours and maybe their sisters and brothers. Hopefully, dreaming Big. If we are lucky enough, we will get to hear some of this next generation somewhere along the road.

A drummer who has caught my ears and eyes recently and I'd like to give a shout out to is Irish drummer Rory Doyle who plays with Irish chart topper Hozier - he's one to watch.

I love being the foundation for the band / group of musicians I am playing with, especially, when we are all in tune with each other and the music.

When that happens the music swings whatever genre you are playing. That's a really great feeling and one I'm always striving for.

Well.. a lot of the usual stuff has happened over the years like cymbal stands falling over / sticks breaking / snare skins breaking/ kick drum beaters coming loose/ drum thrones breaking/ lead singers and guitar players jumping into the drum kit when I'm playing/ cymbals cracking - pretty much everything you could think of has happened at one time or another.. not so much of all that now, thankfully.

I play everyday if I can. I'm fortunate to have and be able to play drums at my home. I tend to play for short intervals maybe just 10 to 15 mins at a time and then sometimes longer - maybe half hour at a time. I also have a practice pad at hand. When I'm making my coffee in the morning, I'll play on that to warm my hands up.

If I'm at home I will do this throughout the day time permitting.

I work on things I think need improving in my playing. Sometimes, this can be revisiting something from the past that I used play or something new. Maybe I've just heard some great playing and I pick up on some part of it and try that out. I read an interview with Steve Smith recently where he says he tries to play every day so as to keep as it were topped up in his playing. Otherwise, he feels if he leaves it for a few days without practice, he has to work back up to where he was.

I think this is true for me, also. As I said above, I practice for short intervals or longer and it really keeps my hands feeling very familiar with the sticks and what I'm trying to express and articulate with my ideas for myself and the listener.

Learn to listen - to the other musicians you are playing with. I think this is a big lesson to learn.

Just because you can play  everything across the music  does not mean you should! Learn to play what is right for the music.

Learn to play the room and not the drums. What I mean by that, is, you can be playing in very loud rooms/ halls and you need to learn how to adapt your playing so as not to kill the rest of the band/ musicians with volume - especially the singer.

Play and listen to all sorts of music. Go to shows. If you're very lucky, you will develop your own style of playing.

And it should go without saying, be on time. Know the music you are playing before hand, if you can. Make sure your drums sound good and in working order.

You are there to support the music and make it sound the best it possibly can.

Learn to listen and take criticism. If it comes, there is usually some truth in it, and, move on. 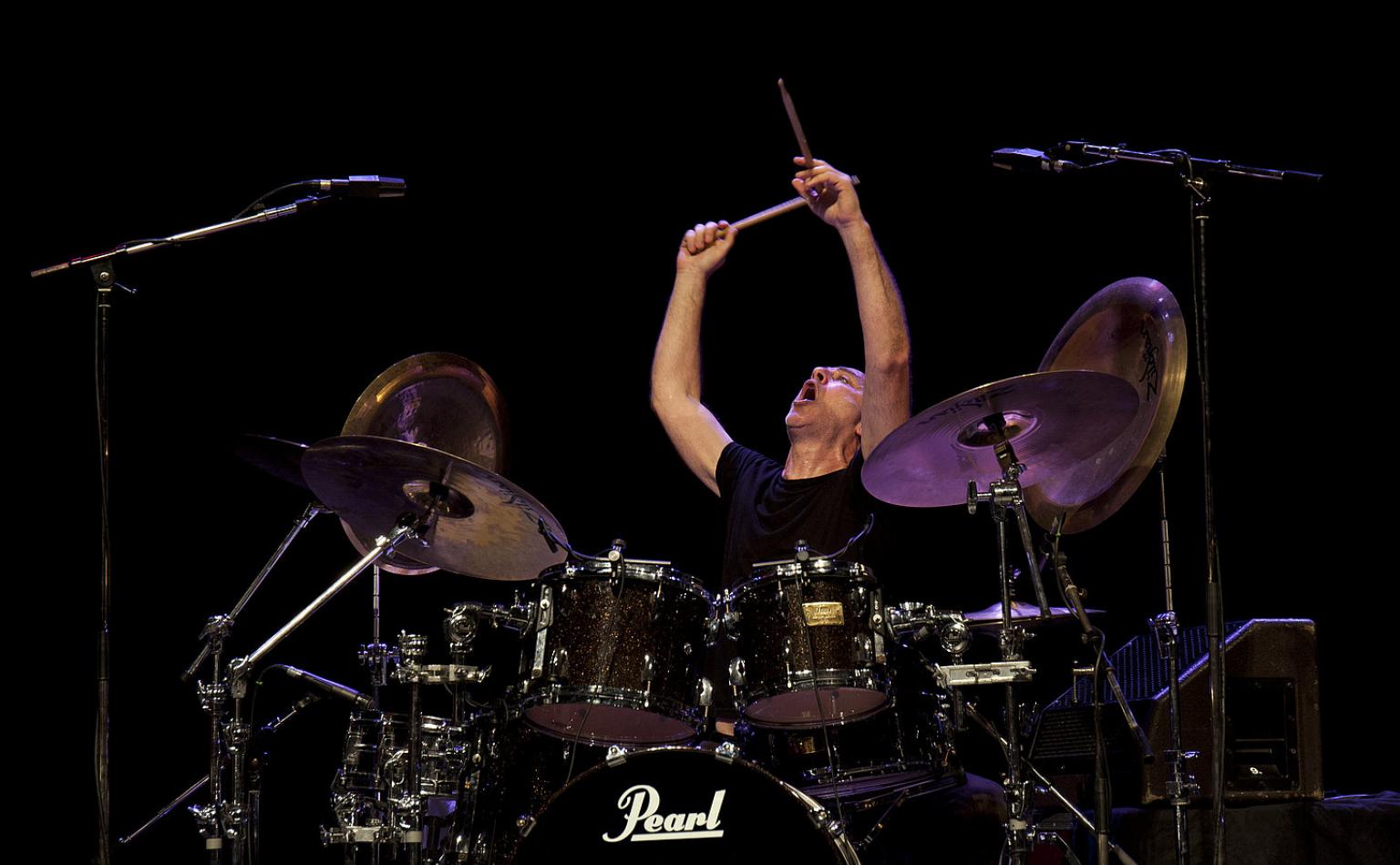 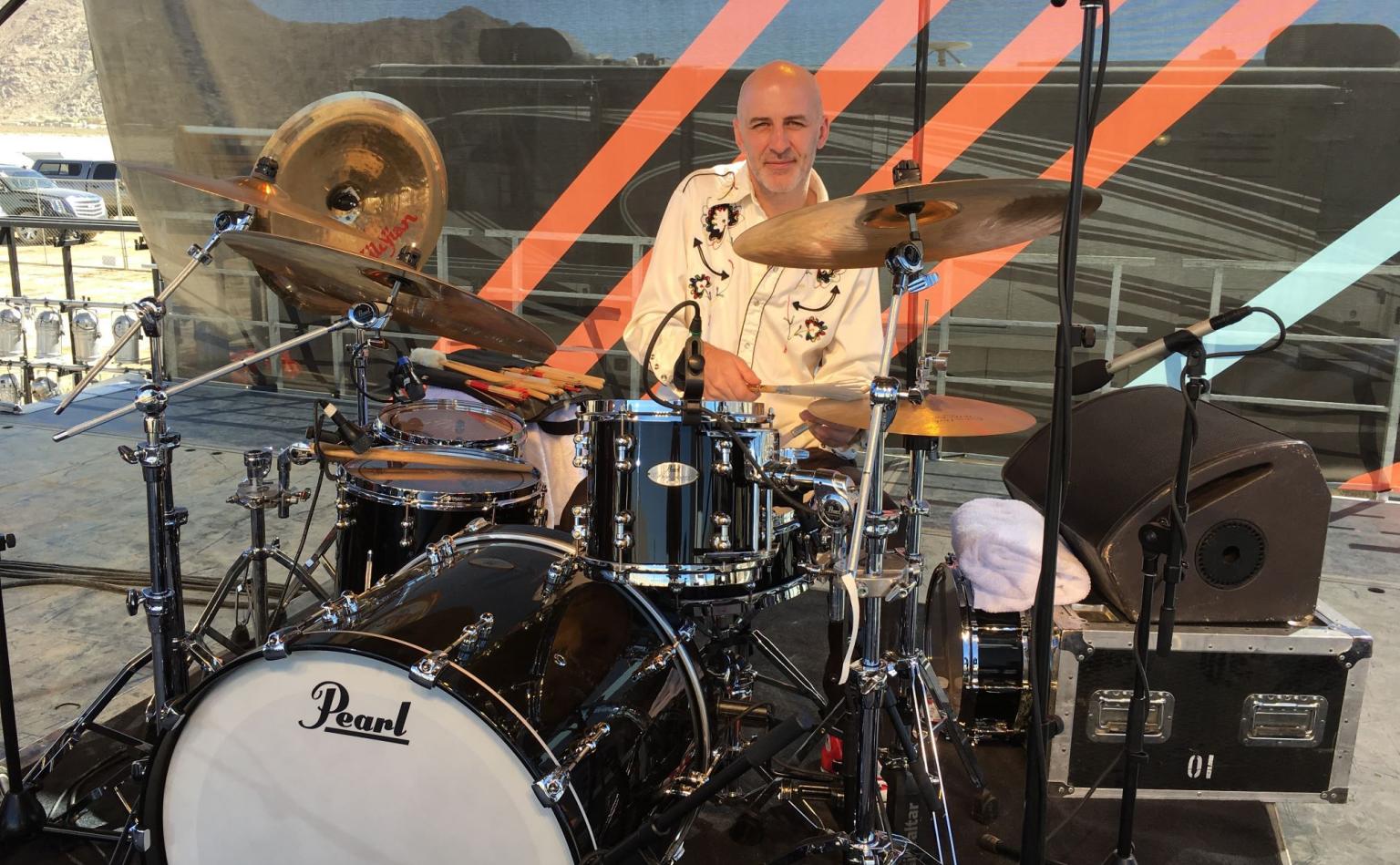